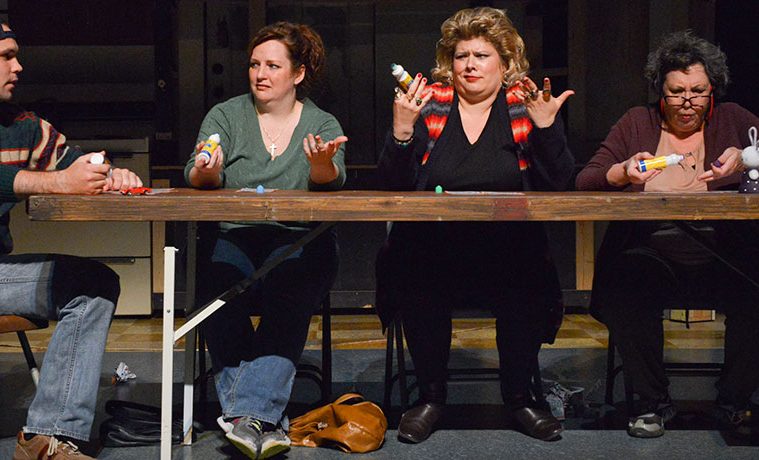 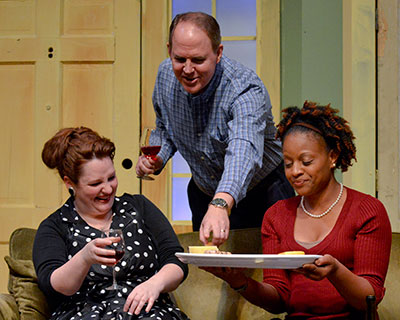 “I’m sorry you made bad choices,” Mike says to Marge (pronounced with a hard ‘g’) in the second act of David Lindsay-Abaire’s Good People, which runs through June 29 at Addison, Texas’ WaterTower Theatre.

“I had choices?” is Marge’s response.

Lindsay-Abaire’s even-handed take on classism, specifically as it relates to the people of South Boston, is a play about choices and success, but it is also a play about language. More specifically the play is about the words employed by the play’s leading lady, and heroine of sorts, Margaret (Marge) played capably in Watertower’s production by Jessica Cavanagh.

The plot is simple, Marge, a single mother whose adult child, we gather (without being introduced) is severely retarded, has just lost her job at the dollar store as the play opens.

The South Boston of Good People is a tough place even when you’re lucky enough to have a steady job, but despite the humiliating position Marge finds herself in, having to beg her much younger boss Steve (David Price) to keep her job, Cavanagh’s Marge, like the rest of her friends, is surprisingly resilient. As she goes on to say later in the play, “Struggling is just the way that it is. Just because we’re not comfortable doesn’t mean we’re miserable.”

At the suggestion of Jean (Michelle Courtney Schwartz), one of Marge’s two bingo-playing, coffee-drinking friends, (Dottie played by Pamela Dougherty is the other), Marge looks up high school friend, and one-time fling, Mike (James Crawford). Mike is one of the few who made it out of Southie and is now a successful fertility doctor living in the upper class Boston neighborhood of Chestnut Hill. 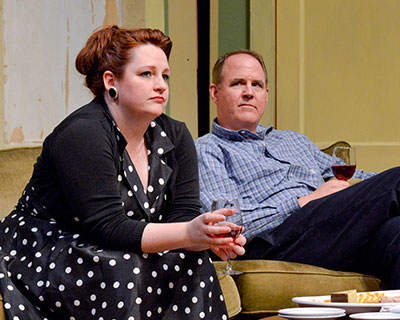 Cavanagh’s Marge is equal parts empathetic and tough. During her first encounter with Mike it’s hard to tell whether the playful way in which she taunts Mike, calling him “lace-curtain Irish” and giving him a generally hard time for his success and fancy new life, is meant passive aggressively, or is just innocent ribbing.

That’s the thing about Marge, she’s hard to read. Just when you think Marge is too ‘nice,’ she’ll surprise you.

Which brings me to the use of language in Lindsay-Abaire’s play. Innocuous words like ‘good,’ ‘nice’ and ‘mean’ take center stage in the language of Good People’s South Bostonians. Take, for example, Marge and Jean’s claim that Mike was “always good people,” or Mike’s seemingly passive aggressive accusation, “you got mean Marge.” The words are used vaguely without ever conveying a sense of real meaning. Who are the good people in Lindsay-Abaire’s play?

Under the expert direction of Rene Moreno, WaterTower’s Good People is everything it should be. It’s unbelievably touching for such a tough talking play, Cavanagh, Schwartz and Junene K. as Mike’s wife Kate stand out especially for their sympathetic and highly nuanced performances. 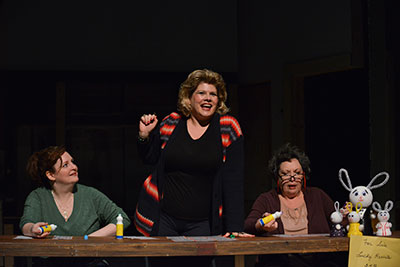 Scenes that should feel claustrophobic, such as Marge’s second act conversation with Mike and his wife Kate are as uncomfortable as they should be, although Junene K.’s Kate also demonstrates impeccable comedic timing as the character tropes that should be funny, such as Schwartz’s Jean and her vicious ribbing of Steve (David Price), the surprisingly sensitive dollar store manager, are hilarious.

Throughout it all, the characters discuss the role luck has, or does not have in success, while they encourage the audience to rethink our relationships with others, our assumptions and our words.

“One hiccough and it could’ve been you,” Marge says to Mike, “And if you don’t recognize that, then all of this is wasted on you.”

Lindsay-Abaire’s play is a powerful and important story about valuing your position in life without forgetting where you came from, or the people you left behind, and WaterTower’s professional cast will have you contemplating the uncomfortable realities of privilege and the lack thereof for a long time.