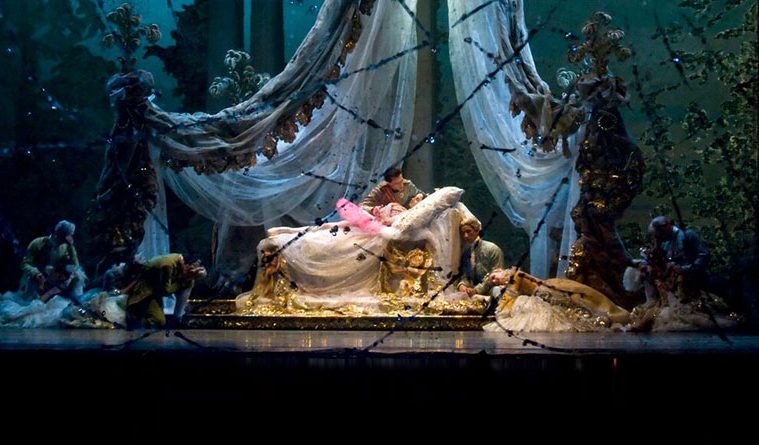 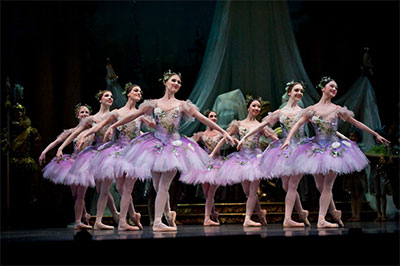 When The Sleeping Beauty premiered at the Mariinsky Theatre on January 16, 1890, uniting the great Russian composer Peter Tchaikovsky and the French choreographer Marius Petipa in a classic story of love, evil and royalty, the ballet world was forever changed. “The Sleeping Beauty was the first truly Russian ballet. It was an act of cultural absorption: this was no longer Russians imitating the French but instead a pitch perfect summation of the rules and forms that had shaped the Russian court since Peter the Great,” muses Jennifer Homans in her epic tome Apollo’s Angels: A History of Ballet.

The Sleeping Beauty, the big hit of 19th century czarist ballet, continues to be performed all over the globe. When Ben Stevenson created his lavish version for Houston Ballet in 1990, the company also had a hit. “The Sleeping Beauty was his most famous ballet and so important for the company. It seemed an appropriate way to celebrate Ben’s 80th year,” says Stanton Welch, Houston Ballet’s Artistic Director. “Ben’s The Sleeping Beauty mixes humor with drama, and the characters are so well drawn, which is always a staple of his work.”

“Audiences loved it and reviews were strong,” recalls Ben Stevenson, Artistic Director of Texas Ballet Theater and Artistic Director Emeritus of Houston Ballet. Principal Sara Webb, who has danced several roles including Princess Aurora, has her own take on the production’s ongoing success. “Ben has always been a great storyteller,” says Webb. “He has a unique way of making the audience feel like they are a part of the ballet.”

Houston Ballet reprises this treasured classic to honor Stevenson on the occasion of his 80th year from February 25 – March 5, 2016. Stevenson directed Houston Ballet from 1976-2003, transforming the company into a world class troupe, in addition to choreographing several brilliant productions. 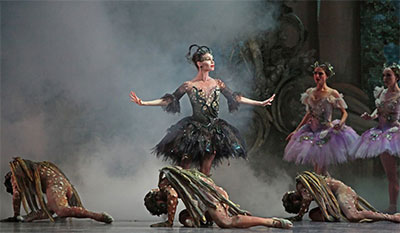 Stevenson’s The Sleeping Beauty has its own ties to Russia. He consulted the notes of the 1939 Sadler Wells stage by Nicholas Sergeyev, who fled Russia after the October Revolution, with several notations of the Mariinsky Ballet productions.  He had also staged productions at Festival Ballet in London and The National Ballet in Washington, DC. The big change for Houston was adding costumes and scenic design by the Tony Award-winning Desmond Heely, which in part were inspired by Oliver Messel’s 1946 production for the Sadler’s Wells. “He knew theater so well, so he was able to keep it classical, but bring it forward a bit as well,” recalls Stevenson. “It looked fabulous when it opened, and has held up so well over the years.”

Stevenson recalls when Dame Margot Fonteyn, the celebrated British ballerina and one the greatest Auroras of the 20th century, coached Houston Ballet dancers for the 100th anniversary production. Stevenson had worked with Fonteyn on previous productions, so he knew she would bring that touch of authenticity and ballet royalty. “She was great to work with, and such an inspiration to the dancers. Just having her walk into the studio added such glamour,” remembers Stevenson. For Welch, her visit proved an important part of the company’s history. “You can really see how Fonteyn-esque style in it; it’s pure English ballet,” he adds.

For Stevenson, Tchaikovsky’s score is one of the chief reasons that the ballet is still very much with us. It was groundbreaking, and remains one of the best in the ballet canon. “It’s beautiful, simply gorgeous. Swan Lake, The Nutcracker and The Sleeping Beauty, the three ballets that have endured, all have Tchaikovsky scores. If only he had lived for a few hundred years more,” muses Stevenson.  It would be his first and only work with Petipa and scenic designer Ivan Vsevolojosky. “Tchaikovsky was the first composer of real stature to see ballet as a substantial art and his music lifted dance to a new plane, writes Homans. “It was not merely that The Sleeping Beauty was a powerful symphonic score that stood on its own merits, without Petipa’s dances. What mattered was the way the music worked on the human body and spirit.” 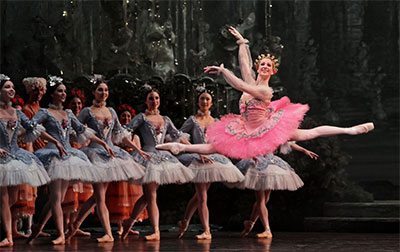 Petipa revolutionized ballet choreography with The Sleeping Beauty, adding a layer of bravura that included complicated jumps, multiple turns and lightning fast footwork. But it’s his famous Rose Adagio, where Princess Aurora is courted by four princes, that creates the dramatic and technical pinnacle of the first act. The ballerina balances on a single pointe as each suitor makes his way to her. Homans sees the choreography as more than just a physical feat, but as a “poetic metaphor.” Webb gives us a glimpse from the inside. “The Rose Adagio is one of the hardest parts of the ballet because you can’t feel your feet by the end when you need them the most to do those attitude promenades and balances. Yet, it is my favorite part of the ballet.”

The role of Aurora may be the most coveted role in the entire classical ballet canon. “It’s so demanding, and more in the dancing than in the drama. All that happens is that she pricks her finger,” says Stevenson. “Unlike Swan Lake where the hard part is the second act, Aurora has all the hard dancing in the first act. She’s out there in a tutu for three hours. She has to be technically right on. Think Meryl Streep on pointe.” Webb concurs. “The Sleeping Beauty requires the ballerina to carry the ballet technically and emotionally for three complete acts.”

The ballet is actually full of roles that let a dancer shine. “The Lilac Fairy does have a very difficult variation in the Prologue, perhaps the hardest one in the ballet,” says Webb.  “Either she or Carabosse can steal the show.” Stevenson even gave Carabosse a different spin. Instead of the traditional man dressed as a woman, his version is a woman on pointe. “She needs to be like Joan Collins, and add a touch of acid,” quips Stevenson. He finds the male role in the Blue Bird variation to have its own set of bravura challenges. “Blue Bird can steal the show, it’s tough,” he adds. Webb further explains Stevenson’s unique stamp. “He makes every character an important player in telling the story and choreographs emotion into every step he creates.”

The Sleeping Beauty is deeply embedded in the DNA of ballet dancers. “Of all the ballets out there, The Sleeping Beauty is the purest classical ballet,” claims Webb. “It is the ballet every girl grows up learning, without realizing she is learning it, because it embodies everything she has been doing since her first ballet class.” So it is with great dancing, pageantry and celebration that this great Russian ballet remains a great Houston ballet.