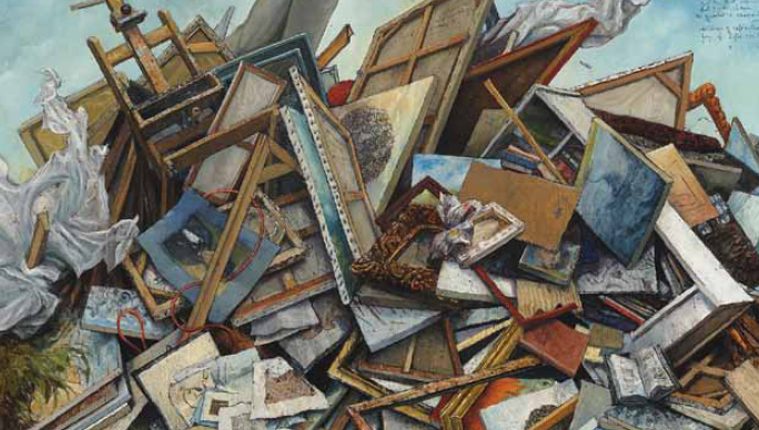 Max Fishko is no stranger to art fair fever. Growing up in a family of art dealers in New York sparked his interest in the fair format at an early age. Fishko frequented fairs with his father as a young child, shop and his first job — at age 14 — was as an assistant to the sign maker at Art Miami. Since then, he has co-founded artMRKT Productions, and has organized the San Francisco Fine Art Fair, Art Hamptons, and Art Aspen. Fishko is now bringing artMRKT to Houston, with the inaugural Texas Contemporary Art Fair, held at the George R. Brown Convention Center from October 20– 23, 2011. A+C writer Katia Zavistovski spoke with Max Fishko about the fair.

A+C: Despite the active art market in Houston, this is the inaugural Texas Contemporary Art Fair. Why did you decide to have the fair in Houston, and why now?

MAX FISHKO: Houston is an amazing art town, with wonderful institutions, galleries and educational facilities. The institutions are very well supported, and not only are they healthy and thriving, but a lot of them are growing. I recently learned that throughout the recession there weren’t any galleries in Houston that closed. That’s amazing. You have a beautiful, vibrant scene, one with just the right level of activity. So when guys like me and my business partner Jeffrey Wainhause are looking for places to do projects and we see a city with numerous galleries, fantastic museums, public art, all this great non-profit programming and there’s no art fair… Well, it just makes a lot of sense to have one.

A+C: What criteria did you have for gallery selection?

There are about 70 exhibitors. In terms of selection, we looked for people with diverse programs, who have contentdriven and concept-based material. We avoided work focusing mainly on decorative concerns. We want to promote galleries whose programs we believe in and that have great reputations. Each participant is doing something distinct, and doing it really well. It’s a tremendous thing for people to come to Houston to learn, to shop, and to think about the work that’s being made nationally and internationally, as well as in their own backyards.

A+C: Is there a focus to the work being shown? I know that the fair has a theme.

For one thing, we’re interested in work by Texas artists. That will be a strong component, and will make the fair stand out. We will also have new work that hasn’t been exhibited before. That gives people a reason to go see it, and it will better integrate the fair into the landscape of the Texas art scene. The curatorial angle is work that pertains specifically to energy development and sustainability. Houston is the energy capital of the country, and people in the area are interested in those issues. The artists and people we’re working with have an interesting point of view on the subject, and so we’ve taken the opportunity to engage them in a conversation around that theme through a number of special projects.

A+C: How will the theme manifest itself in the fair?

We’ve cleared out space in the Convention Center for a number of large-scale installations that relate to energy and sustainability. Edgar Orlaineta, an artist based in Mexico City and represented by Steve Turner Contemporary in Los Angeles, will exhibit a project called “Solar Nothing.” We will also have an installation by Paul Villinski from Morgan Lehman Gallery in New York — a 32-foot-wide glider that is made entirely of re-purposed materials and covered with 1,000 aluminum butterflies. It’s really beautiful, and will be one of the centerpieces of the show. These are just a couple examples of special projects, among several others. The theme also plays out through the programming.

A+C:  Tell me about the discussion series that has been organized.

We have a responsibility when we produce an event like this. Obviously we’re there to facilitate commerce, but also to facilitate an educational transaction. While we were putting together the show we wanted to make sure that we weren’t just providing a venue for sales, but a venue for people to learn and become engaged in a dialogue that’s happening all over the country, all over the world, all of the time. This show is special because we’re giving people the opportunity to participate in that dialogue. The lectures are open to all attendees and will discuss sustainability and diminishing natural resources, as well as collecting practices and the state of the Texas art scene.

A+C:  The fair will also include presentations from institutions like the Blaffer Art Museum, the Rice University Art Gallery and Project Row Houses. How do these non-profit institutions fit into an inherently for-profit event?

Non-profits will have space to present information about who they are and what they’re all about, and some will exhibit work. The Blaffer, for example, is presenting a large-scale installation by Andy Coolquitt, an artist in one of their upcoming exhibitions. We want to make sure that institutions such as these are given every opportunity to promote, develop, and improve their visibility within the community. There are a number of ways that we do this — by inviting non-profits to create special exhibitions, by having curators participate in the lecture program, by providing advertising opportunities at no cost, and in some cases by helping them raise money through ticketed events. Of course this is a business, and it is for-profit, but we believe that what we do is good for the art world and giving back is a big part of that.

How do you see the fair interacting with and affecting the community? Art fairs have a much broader marketing reach than the typical individual gallery. They can attract the attention of people who may not be very aware of what’s happening in the arts and may not be inclined to attend a gallery opening. But, oftentimes they will come to a fair because it’s a bigger event with a broader appeal. It’s very important to us that we give back to the community. If we support it, then it will support us. We want to give people an opportunity to see some interesting things, and potentially become involved in the contemporary art world in ways they wouldn’t otherwise. We hope there will be more art collectors and more art enthusiasts when we leave than when we came. We think we have the potential to turn people on, and that‘s pretty cool.

— KATIA ZAVISTOVSKI
Katia Zavistovski is a Ph.D. candidate at Rice University, and the Menil Curatorial Fellow at the Menil Collection, Houston.