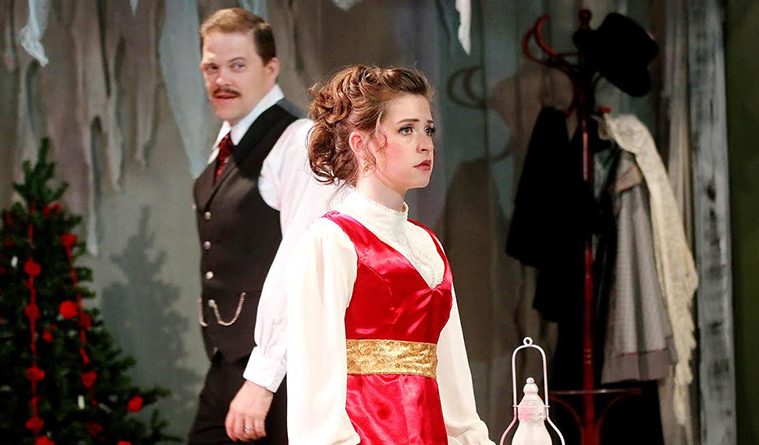 A Winter for Ibsen: Classical Theatre’s A Doll’s House 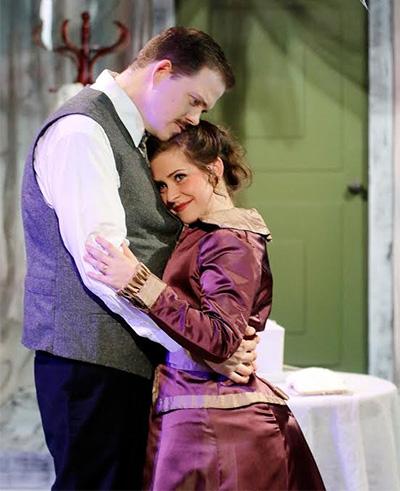 Houston’s Classical Theatre Company returns to Ibsen this winter with their production of A Doll’s House, directed by Classical Theatre’s artistic director John Johnson, through Feb. 21 at Chelsea Market location.  A + C editor Nancy Wozny visited with Johnson on bringing Ibsen back to CTC, his approach to the play and it’s relevancy to today’s world.

Ibsen in February. Feels kind of perfect. You thought so too. Why?

Well, the action of the play takes place in Norway over three days: Christmas Eve, Christmas Day, and the following day, and so I felt like a grey chilly environment would be appropriate. That, and of course, most of Ibsen’s plays – while potent and powerful – are quite bleak, so it seems like that makes for a perfect sort of weather for his stories.

You mentioned that you are doing a more ethereal treatment for a play by the father of realism. I love that. But say more. How do you make Ibsen more airy?

The tack we’re taking for this production is that it is a memory. Nora is remembering the events that changed her life so dramatically, and as an audience, we are traveling with her down this path. As memories shift and change over time, so does the reality of the production. In an almost expressionistic sense, Nora’s memory will tweak and change the situation. Physically, we have almost no structure to the scenery. It will primarily be made up of gauze-like fabric, in order to create a feeling of hazy memory. 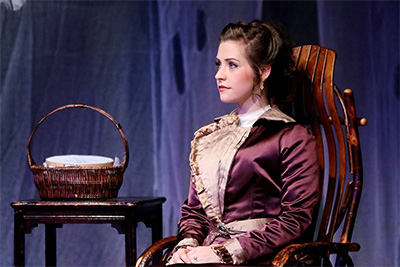 I am always curious how a director gathers the creative team around a project. How does this part of the process work for you?

Somewhat obviously, the first step in the process is to find a script. Once that’s done, I start thinking about how I want to tackle this production. CTC’s goal is to always re-envision the classics in some capacity or other – whether that’s by a design element, thematic choices, casting decisions, or the like. As soon as that’s settled, I start thinking about casting choices: are there any roles that can be pre-cast (thereby avoiding the need to audition the part)? Then we cast our season through several rounds of auditions and callbacks each June, so that generally by early July our shows are entirely cast for the season. It’s right around this time that we start looking for designers. I track down scenic, costume, lighting, and sound designers that I work well with or whose work I admire and think it would be a nice fit for this particular production’s conceit. Usually a production will have sixteen or so artists work on it, and I always try to have a nice mix of CTC veterans and first-timers.

Can you talk about the choice of Shanae’a Moore in the role of Nora?

Nora is one of the great females roles in western drama. If Henrik Ibsen could do one thing, it was to write some profound characters for women. Nora begins the play mired in a morass of naïveté. She’s been utterly sheltered throughout her young life, and through the course of the play, she arrives at that realization. To accurately achieve this complex role, it requires a talented actress who can create a believable character that is both very young and malleable and yet capable of the great strength necessary to land the end of the play. Shanae’a stood out immediately in the callback auditions. I had seen her work in other theaters around town, and I had been quite impressed for someone so young to have such a stage presence as she has. She did not disappoint in the auditions last summer. She showed herself to have the ability to embrace the blind youthfulness that Nora opens with, and the gravitas to nail the reality at the end of the play. Thus far, Shanae’a has been a dream to work with, and I can only imagine that her Nora will be full and real and wonderful. 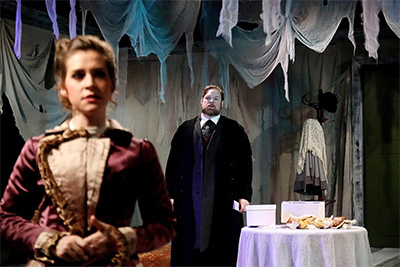 As a culture, yes we are still struggling with women’s issues and rights. What about this play in particular felt right, right now?

Frankly, it’s kind of sad to me that the play is as relevant as it is right now, some 130 years after it was originally penned. Of course, the treatment of women in the Victorian West was considerably more overt in its subjugation than it is today. However, sexism is something that is alive and well in all aspects of society. Whether it is the lack of equality in pay in the workplace, the attempts at male politicians to legislate women’s bodies, or sexism in media, women are still treated as second-class citizens in many various aspects of our society. I find it particularly poignant that in this, an election year, two of the candidates for President of the United States are women. This allows us to compare and contrast their treatment against those of their male counterparts (as well as their treatment by their male counterparts). And while certainly women’s place in society is the example given in A Doll’s House, Ibsen himself stated that it wasn’t a feminist play. It is a humanist play. The fact of the matter is that Ibsen was pointing out a lack of equality for everyone through Nora’s story.