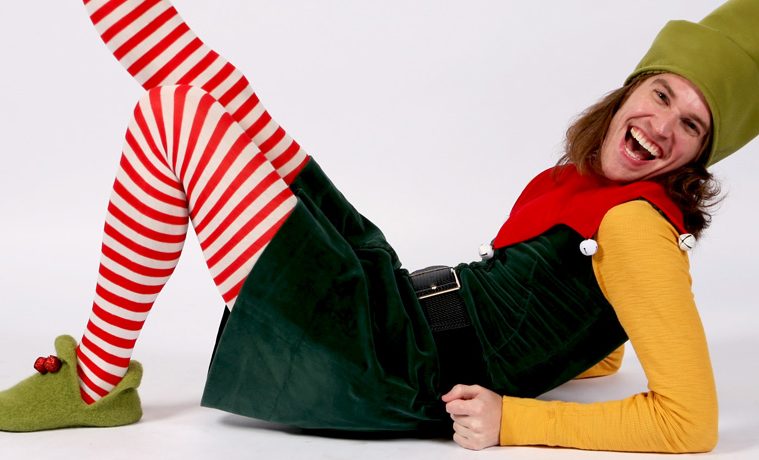 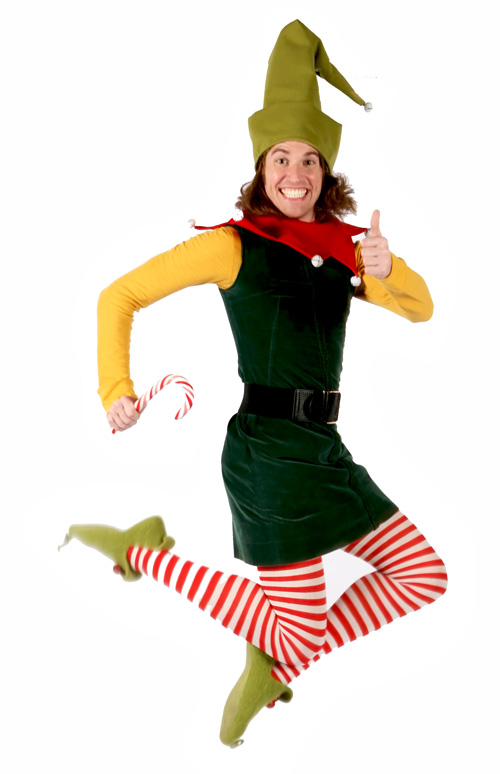 For many, David Sedaris’s  Santaland Diaries (both the play and the original essay) are becoming as traditional as candy canes and sugar plums. Best recognized as a cynic’s take on Christmas tradition, Sedaris’ hysterical tale of elfin’ woe is a hilarious send-up of his brief, misguided career as a Macy’s elf during the holiday rush. He expresses a lot of content and frustration with the job through his sarcasm with customers and the loathing of forced merriment. Mercifully, though, there are a few more facets to this story: It’s also the tale of an intelligent person humbled by a brutal job market. It’s an unmasking of retail disingenousness.

Arlington-based actor Garret Storms, 25, is making his debut as Crumpet the Elf in a new staging of the play now showing at Watertower Theatre’s Studio Theatre at the Addison Theatre Centre through Dec 29.  Storms, who holds a BFA in Musical Theater from Sam Houston State University, discusses the role with A+C Dallas theater writer Scot C. Hart.

A+C:  Is this your first solo performance as an actor, carrying the entire show?

Yes, this is my first one-man show. It is a challenge, hands down, no doubt. I think that anyone walking into a one-man show would agree. It is certainly a lot of work, and can be daunting if I think about it too hard, which I try not to do. But it is super exciting and fun and I think that helps it seem like not quite such a beast somehow.

A+C:  Why did you want to do Santaland Diaries? What is it about the script or production that interests you?

I think what is initially appealing about the script is that it is completely relatable. We have all been down on our luck, we have all laughed in the face of peril, we have all been unexpectedly hit in the face with cheer, and we have all been to the mall in the days leading up to Christmas and witnessed the madness and insanity of the people who inhabit it. I think that makes it automatically engaging, because we have all been in these situations, and watching someone else struggle through them is just funny.

A+C:  What are your personal thoughts on the holiday? Does Santaland Diaries strike a chord with you as a person?

I love this time of year. It is hard sometimes, though, to slow down and just enjoy it, to resist getting caught up in all the hustle and bustle. The show seems to have something to say about that: a subtle reminder to step back and just take it all in and, maybe more importantly, to try and remember to give it back in return.

A+C:  Santaland Diaries is funny, but it also has a grim note about commercialism and consumerism. Is it all for laughs, or do you think the success of the play has more to do with reality, maybe more than we want to admit?

The script certainly seems to tip it’s stocking, if you will, in regards to an acknowledgment of the consumerism that comes with the holiday season. Although it is not necessarily addressed directly, I think that a case could be made, sure.

A+C:  How did your prepare for the role? You have to be in a certain frame-of-mind to pull it off with sincerity, without abandoning audiences.

Getting a handle on how the character uses language and humor to portray and comment on the situations where he finds himself is something I have spent a lot of time with. How he chooses to tell the story says something about the frame of mind he is in at any given time. But the audience is definitely the key factor. They are the scene partner, the confidant. It’s kind of like hanging out with your best friend and telling them about all of the crazy stuff that went down at work today (over cookies and milk, naturally).

A+C:  This is your first show at Addison Theatre Centre.

It is. I am very excited to have the opportunity to work at WaterTower (the main stage company.) I really enjoy the work they do, and it shows on stage that the staff and creative team are genuinely passionate about their craft. It makes for a productive and exciting process. My next project is actually WaterTower’s production of The Adventures of Tom Sawyer, opening in January, and I am stoked to come back. It has been a pleasure and a half.

A+C:  Do you have a favorite holiday movie? Why do you enjoy it?

This is an awesome question, because we actually had this discussion the other day in rehearsal while we were on break. It’s so hard, because there are so many good ones! But I think I have to go with Home Alone. It’s basically the bomb dot com. There are a few others that are really close behind, but Home Alone is where it’s at.

A+C:  Any holiday message you’d like to impart on the world?