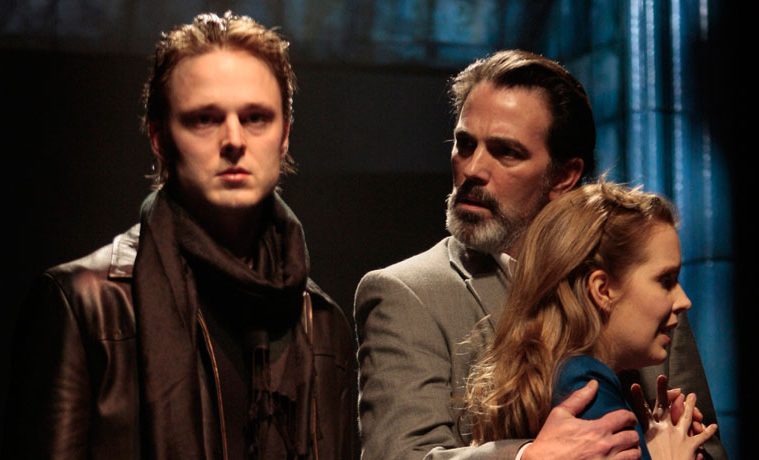 IMAGE ABOVE: (L-R) Jay Sullivan as Orpheus, John Feltch as Father and Mary Rasmussen as Eurydice in the Alley Theatre’s 2009 production of Eurydice. Photo by T. Charles Erickson. 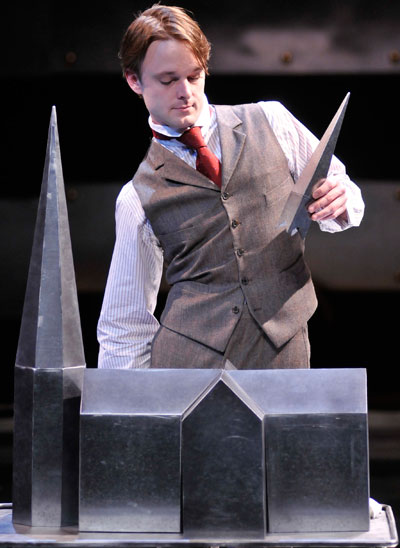 Jay Sullivan as Merrick in the Alley Theatre’s 2013 production of The Elephant Man. Photo by Jann Whaley.

Jay Sullivan is Alley Theatre’s newest leading man. He burst on the Alley scene in Sarah Ruhl’s Eurydice; since joining the Alley’s Acting Company last season, he has distinguished himself in many roles, including John Merrick in The Elephant Man, and more recently, as Tony in You Can’t Take it With You. A graduate of Florida State University, Sullivan enjoyed a successful stint in New York before calling Texas home. You can catch him on stage as Fred and as the young Scrooge in A Christmas Carol through Dec. 26. He opens in Mark St. Germain’s two-man play, Freud’s Last Session on Jan. 29. The actor visited with A + C editor in chief Nancy Wozny to talk about his time on stage and off in Texas.

A+C:  You first came to my attention with your haunting performance in Sarah Ruhl’s Eurydice. Can you give us a flash history of how you ended up at the Alley?

Eurydice was my first show here. I auditioned in NY. After that, the Alley offered me George in Our Town, then Peter in Peter Pan. When I came back to play Ken in Red, Gregory Boyd invited me to join the company.

I moved to New York in 2003, and I wanted to be in the original cast list of a published play, do a play at the Public, and do a play on Broadway. I had just finished the third of those goals when the invitation to join the Alley’s resident acting company came. My agency at the time was focused on television and film opportunities, but I love acting in plays. I admire the artists at this theater immensely, and the chance to go into full-time rehearsal and performance with them is a once-in-a-lifetime opportunity to grow as an actor.

A+C:  Looking at the roles you have had thus far, was there one that made you feel as if you had fully arrived at the Alley and in Houston?

The support I received from my company and the audience for John Merrick in The Elephant Man made me feel just that way. 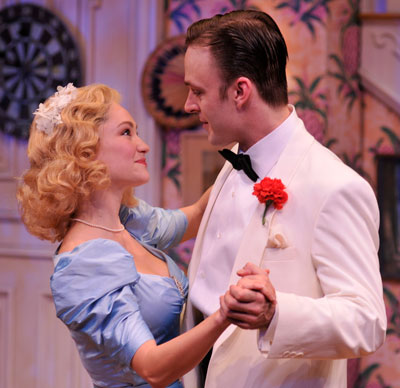 Emily Neves as Alice and Jay Sullivan as Tony Kirby in the Alley Theatre’s 2013 production of You Can’t Take It With You. Photo by Jann Whaley.

A+C:  I thought so too. And since I wrote a whole paragraph about your choice of one single arm movement in The Elephant Man, it’s safe to say that you are a highly embodied actor. How do you incorporate movement into your preparation for a role?

Thanks for that, by the way. I like Michael Chekhov’s idea of psychological gesture, and I studied with Lecoq school actors from London’s Théâtre du Complicité  in 2001. The movement in The Elephant Man was more complex than any role I’d done before. I made and practiced choices in the months before rehearsals started. More often, the movement begins to make sense and take shape gradually during rehearsals, little discoveries while navigating the event of the play.

A+C:  In January, you open as C. S. Lewis in Freud’s Last Session, which posits a relationship between Lewis and Freud. Were you a Narnia freak? What are the challenges?

I’m reading biographical material on Lewis and Freud and chasing down all the references I don’t know in the play itself. I think the biggest challenge is going to be crossing past any prejudices audience members bring to the controversial subjects we’re discussing, so everyone can hear the play and go away thinking about it. And no, I didn’t read Narnia when I was young, although I did read Mere Christianity.

A+C:  Do you have an idiosyncratic way of preparing for a particular role?

Honestly, my preparation and process are different every time. There is always a hook that ties a role together, sometimes concrete, and sometimes very abstract, but always a secret. I try to test my own limitations and what the medium will bear. 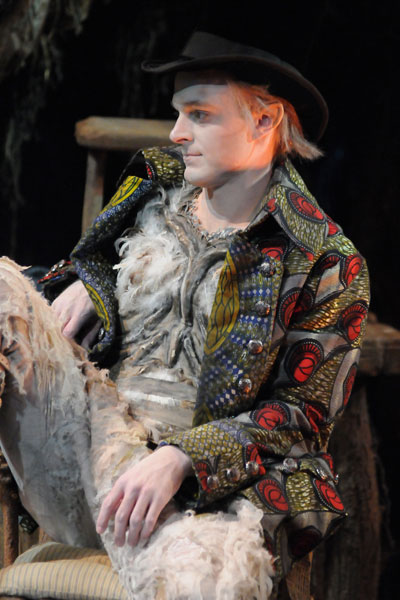 Jay Sullivan as Peter Pan in the Alley Theatre’s 2010 production of Peter Pan, or The Boy Who Would Not Grow Up. Photo by Jann Whaley.

A+C:  How does Houston stack up as a place to be an actor?

From my privileged point of view, it is uniquely great. The quality and diversity of the opportunities is exciting and challenging, and working with great people over and over again creates a spiral of increasing artistic returns. There’s nowhere else like it. I haven’t had a chance to work anywhere else in town yet. Hopefully, I will in the coming year.

A+C:  Do you have time to see theater outside of the Alley?

Not enough. Any time we’re in performances of a show and for most of rehearsals, the schedule conflicts with nearly everything else going on. Some of my favorites this past year were Ubu Roi at Classical Theater, God of Carnage at Stark Naked, and The Aliens at Horse Head.

My dream role would be Eddie Dean, a character in Stephen King’s Dark Tower series, but it doesn’t exist as a play. I’d also like to do Henry IV and Henry V.