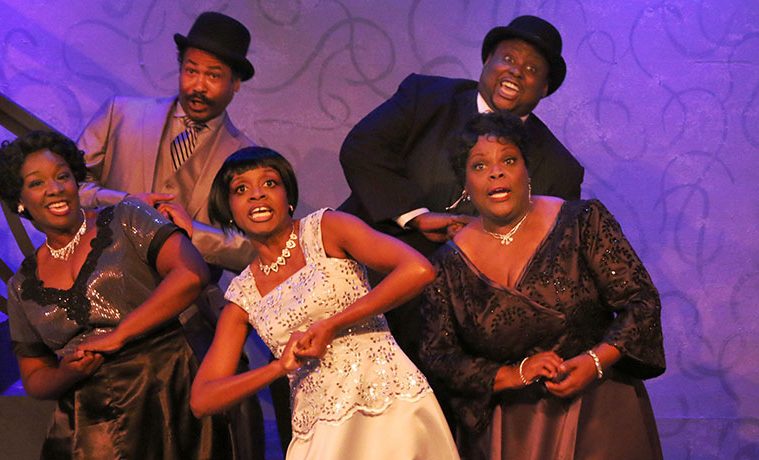 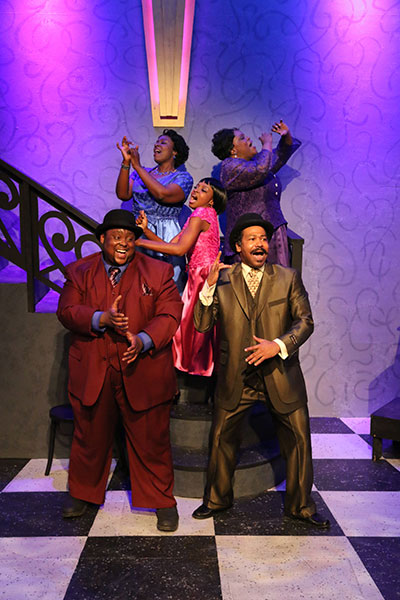 The success of any production of Ain’t Misbehavin’, the 1978 Tony-winning musical revue, rests solely on the talents of the five singers who comprise the entire cast. Now in performance at Fort Worth’s Jubilee Theatre, the tribute to the music of the 1920s and 30s is in fine tune.

Devoted to Thomas Wright “Fats” Waller, The musical is a tribute to the black musicians of the 1920s and ’30s who were part of the Harlem Renaissance, an era of growing creativity, cultural awareness, and ethnic pride, and takes its title from the 1929 Waller song  “Ain’t Misbehavin”. The prolific entertainer composed more than 400 songs before dying at 39 in December, 1943.

Five performers present an evening of rowdy, raunchy, and humorous songs that encapsulate the various moods of the era and reflect Waller’s view of life as a journey meant for pleasure and play. The show is only one of two revues to have won the Tony Award for best musical. Not coincidentally, the other Tony winner, 1999’s Fosse, also was book-free, an homage to the choreography of Broadway great Bob Fosse that let its dancing do all the talking. 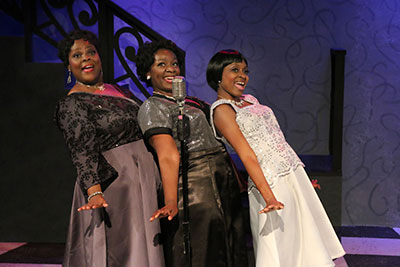 Since only a handful of words are ever spoken, the production leaves room for the revue’s performers to bring their own personalities to the proceedings. In the original Broadway show, Nell Carter stole the spotlight and rode her star power to later success on the concert circuit and as a television star. In the production at Jubilee, all five performers succeed in doing this, although perhaps to varying degrees. Major Attaway garners chuckles for his droll take on “Your Feet’s Too Big,” and Chimberly Carter Byrom and Patricia Hill bring the house down with a near madcap interpretation of “Find Out What They Like,” a sprightly ditty about how to please a man. 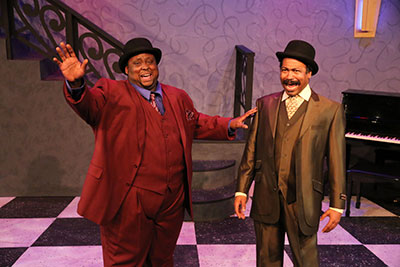 But the climax of  Ain’t Misbehavin’  comes in its iconic arrangement of “Black and Blue,” a languid lament that spells out in stark terms the racial divide that Waller and fellow African-American artists lived with every day, and which is only hinted at in other parts of the show. In a musical that struts the sultry and the sassy, it’s a shock to the system but gives the show some gravitas as well.

Director Akin Babatundé keeps the set simple but the pace brisk. One wishes a live band on stage would have been added to the party atmosphere, but the off-stage music plays loud and clear. But it’s the energy from the five performers that keep the joint jumpin.