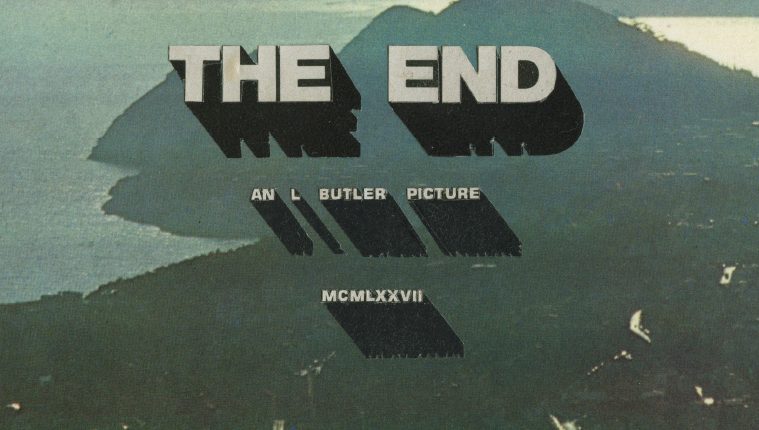 All Is Fair In Art?

The Dallas Art Fair (DAF) makes two unspoken promises that, prima facie, seem at odds — untenable in the coupling of the radically new and the easily recognizable. The DAF pro­poses to be the most hip, happening, and avant-garde event of the year while also simply being a marketplace, a mall for art and its denizens.

In the history of art, the avant-garde has consisted of those who buck the norms of bourgeois politesse. Similar to the un­foreseen movement of an atom swerving away from the straight downward shut­tling of all other atoms, they attempt to remove themselves from all the rest, or what Nietzsche called the “herd.” Why would the local artistic avant-garde want anything to do with the officially nipped-and-tucked of the DAF? It is not so important whether or not the avant­garde, if it exists, wants to be part of the market or not because the market pre­cedes all, at least in the developed world. To follow the syllogism at work here, you are already nipped-and-tucked even if you thought otherwise.

Undoubtedly, the artistic avant-garde and market exist in a tenuous if not tor­tured relationship, at least by the weath­ered and worn definition of the term. In reality, the avant-garde is nothing other than capitalism in raw form. It is the cool and chic object, performance, or thinker doing its thing proverbially out­side-the-box. As capital inchoate, that thing does not so much get sucked into the box but relocate the box itself, giving it a fandangled, more easily consumable appearance. And so, the avant-garde is what capitalism looks for in its hunt for ever-greater expansion, whether in the form of real estate or brightly colored gewgaws.

In writing about modernity, the French poet Charles Baudelaire called it nou­veauté, or novelty. The French context of the mid 19th century, Paris to be precise, gives to us the earliest instance of the ar­tistic avant-garde and, at the same time, the most forthright and perhaps elegant articulation of the interwoven fellow­ship between the established power of the capitalist State and the rising power of the avant-garde. Since the early 18th century, the French had been holding in Paris an official exhibition each year— the salon — showing the best and most prized works of the Académie des Beaux-Arts, the state sanctioned school of art. In 1863, Emperor Napoleon III, leader of the French state, sponsored le Salon des refusés, the Salon of the Re­jected, an exhibition showing thousands of paintings rejected by the official jury.

So emerged the (officially State-spon­sored) avant-garde.

There will be a mingling of establishment and renegade forces come the weekend of the DAF, April 13–15 at downtown’s Fashion Industry Gallery, with the many high caliber galleries from around the country exhibiting their wares at the DAF and our very own Salon des refusés in the form the Dallas Biennial, or DB12. Also known as Dick Higgins (named for the Fluxus protagonist and the coiner of the term “intermedia”), DB12 will host events and show the work of artists off-site at the Oliver Francis Gallery near Fair Park. They are notably not rejects of the DAF but simply ancillary.

In short, an avant-garde measure is one taken against or outside of the majority. The placement, relevance, and impor­tance of an artistic avant-garde within any given city, including the Metroplex, is discussed below by gallery owners participating in the DAF and DB12.

A critical approach that doesn’t accept the prevailing modes of art produc­tion is always necessary to reassert the changing needs of successive genera­tions and what they require of culture. Over the past few years Dallas has in­vested in the arts on a level that is both admirable and inspiring. The DAF is a manifestation of that tremendous com­mitment, and, quite simply, it allows both Dallas patrons and those from outside the community to participate in the transformation an art fair can bring. As a catalyst for that change, DAF can help reorganize the art scene locally and nationally at an important time for gal­leries as they reassess their roles in the global art market.

As a gallery, we are drawn to the expres­sive individuality of the artist. We seek the avant-garde on an individual level, rather than seeking the avant-garde for avant-garde’s sake. Artists who develop their own expression, rather than try­ing to follow the collective, trending avant-garde, are to us the most interest­ing kind of avant-garde. Each of the art­ists [we will show] has developed their own personal visual iconography. Each of these artists is experimental in that they are inventing new ways of visual expression that reflect their individual­ity. They are innovative in that they are each following their own artistic voice, which strikes us as non-conformist in the purist sense.

There really isn’t an avant-garde any lon­ger. That was an intellectual and esthetic discussion, a notion that disappeared some decades ago. You are probably re­ferring the cutting edge, which is more about trends and what’s hot. There are numerous art worlds/art markets and change occurs swiftly, every year or two, all of which is market driven.

Pushing the edge, thinking out of the box, daring to go beyond the current prescriptions are necessary to a vital, energetic art scene. Dallas is no excep­tion. Work that questions existing atti­tudes, i.e. politics, morality, commerce, need to be examined, and artists must find ways and places to put forth those ideas. In truth, The DAF and the avant­garde have little room for relationship. An art fair is driven by commerce…the need to sell works of art. More conser­vative work has been shown in art fairs the last several years, due in large part, to the economic downturn. As the econ­omy improves, galleries are willing to be more risky and show challenging work that pushes boundaries. The DAF this year, with a roster of young, brash new dealers may prove to be quite interest­ing. DAF could encourage avant-garde ideas by having lectures and discussions during the fair which question art-mak­ing and it’s relationship to the political climate, and to the community. I believe the role of the DAF is one of building a larger, more involved local community who are willing to look at a broad range of artworks and ask questions about un­derlying themes and artists’ intentions rather than deciding to “like” or “dislike” a work of art. It’s a commercial endeav­or to bring more people to the city and discover the richness of the arts here.

The question of the place of the “avant­garde” is important to any city — es­pecially now — forward thinking is a must. The arts have been affected greatly during this economic time. To bring at­tention to the visual arts on the level of the Dallas Art Fair is a reflection on the city. A good political, community and commercial move. The founders of this particular Fair invite highly respected dealers, this process keeps the Fair at a certain level and sets a precedence. This is a thoughtful group that knows what they want and how to accomplish it. When you bring energy like the Dallas Art Fair to a city — with its events that are educational, insightful and enjoyable— everyone wins. This fair is becoming something that is discussed in my circles

with such a positive attitude, from the generousness of every person that you deal with on the team of the Dallas Art Fair — an all inclusive attitude towards the dealers and the exchange of ideas. We, of course gain by reaching a larger audience,recognition for our Stewart, our artist and new clients.

Experimental art movements, happen­ings and phenomena are important to any group, and society at-large, for a multitude of reasons. In the larger art historical schema they often act as a mirror to current events and societal trends, giving us greater perspective on a zeitgeist. As in any place, to be a well-rounded city, Dallas must foster both the norm and the anti-norm. It’s a healthy intellectual balance that should occur in culture much like the balance we find in science and the natural world. In general, art fairs are primarily cen­tered around commercial and consumer endeavors. It’s important to be clear that this is true not just of the Dallas Art Fair, but all art fairs, and there’s no rea­son to be bashful about this fact. After all, it is a forum in which dealers travel to locations outside of their own cities, countries, and galleries to promote their artists to a larger audience. This is an es­sential part of the art world – promotion.

I’m uncertain of the existence of the artistic avant-garde as a concept in our present moment. The classic concept of the avant-garde attempts to exist outside the limitations of a strictly commercial framework. From the time of the earli­est avant-garde experiments until now the world has become increasingly even more commercial and market domi­nated. For no fault of its own the DAF appropriately represents this market. Within the confines of the DAF, viewers may find exceptions to the rule. Howev­er, for the most part art fairs typically ex­hibit and promote works that are made of a certain size and scale that does not normatively attempt to dismantle the status-quo. Unfortunately most artists I know do not look to the legacies of Dada and Constructivism as their source.

The Dallas Biennale is a discourse concerning past, present, and future exhibition
practices, along with a large-scale, city-wide, international exhibition as context for
those discussions. The Biennale will show at various North Texas locations throughout
the year, including at the Oliver Francis Gallery beginning April 13. Information
at oliverfrancisgallery.com and www.dallasbiennial.org.