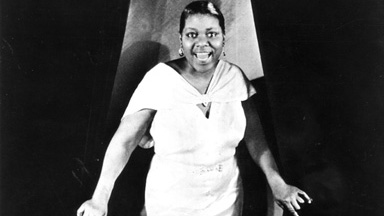 Dallas has a deep history in jazz music, with such masters as Bessie Smith and Robert Johnson playing in clubs in Deep Ellum.

You may not know it, but jazz has deep roots in Dallas.  As the American jazz and blues scene was developing in the 1920s and 1930s, Deep Ellum was the place to be. Artists learned their craft in clubs like The Harlem and The Palace and went on to play in New Orleans, Kansas City, Memphis, Chicago and New York. Bessie Smith played Deep Ellum, so did “Blind” Lemon Jefferson and Robert Johnson.

Jazz is alive and well today in North Texas and this month, the hundreds of local jazz musicians who play everything from big band to bebop to free-form are being showcased in D’JAM.

D’JAM, which is short for Dallas Jazz Appreciation Month, coincides with the annual national celebration of this uniquely American art form, launched in 2002 by the Smithsonian National Museum of American History. This month, cities in all fifty states are holding jazz events. Communities in Barbados, Canada, Ecuador, El Salvador and Japan are also participating.

To further highlight Jazz Appreciation Month, U.N. Educational, Scientific and Cultural Organization Ambassador Herbie Hancock recently established International Jazz Day, to be held on April 30 of every year.  Hancock tells the Associated Press, “This is really about the international diplomatic aspect of jazz and how it has throughout a major part of its history been a major force in bringing people of various countries and cultures together.”

Last year, Jazz Appreciation Month was noted in North Texas with a week of performances, coordinated by the Sammons Center for the Arts, the South Dallas Cultural Center, the Dallas Museum of Art, UNT and Uptown Jazz.

This year, thanks in part to a proclamation from Dallas Mayor Mike Rawlings creating D’JAM, there is a city wide celebration, featuring at least one jazz performance every day during the entire month of April.  Participating venues and partners have been expanded to also include The House of Blues, The Amsterdam Bar, St. Paul United Methodist Church, and Bishop Arts Theatre Center, just to name a few.  An every-growing calendar of events is being updated on KERA’s Art and Seek website.

Almost all of the groups, schools and venues participating in D’JAM showcase jazz on a regular basis throughout the year.

The local jazz scene has rejuvenated in recent years, and April marks a month of jazz celebrations in various venues across North Texas. One such event at Sammons Center will feature the vocal stylings of award-winning UNT alum Tatiana Mayfield.

“People think there is no jazz in Dallas, but that’s not true — there is a lot of jazz in Dallas including our monthly Sammons Jazz program that is in its 23rd year,” says Joanna St. Angelo.  “We are hoping that by creating ‘Dallas Jazz Appreciation Month’ we can help people find the great jazz available in the area.”

The Dallas Art Museum hosts Jazz in the Atrium on Thursday evenings forty-eight weeks out of the year.  The programming has been kicked up a notch for D’JAM and they are bringing in the Texas Gypsies and the Dallas Big Band.  The retrospective look at jazz is reflected in DMA’s art exhibit “Youth and Beauty: Art of the American Twenties,” which runs through the end of May.

Art and music came together for the kick off of D’JAM. One of the most famous photographs in jazz history, Art Kane’s “Harlem 1958” was re-created with around thirty North Texas musicians by Pulitzer Prize winning photographer Jesse Hornbuckle. Included in the photograph are Paris Rutherford, Nina Katrina, Arlington Jones, Marc Cervantes and Erskine Hawkins III.

Taken on the steps of a New York City brownstone, Kane’s iconic black and white photograph features all of the greats, including Dizzy Gillespie, Count Basie, Charles Mingus and Thelonious Monk.  The photograph inspired the documentary film “A Great Day in Harlem.”  This newest recreation is aptly named “A Great Day in Dallas.”

A number of Texans went on to work with the most notable musicians in Kane’s photograph, including Buddy Tate of Sherman and Henry Coker of Dallas.  Both men played for Count Basie’s band. Booker Ervin and John Handy of Dallas played in Charles Mingus’s Jazz Workshop in the 1950s and 60s, along with Leo Wright of Wichita Falls, who also worked with Dizzy Gillespie.

“There is great jazz history in Dallas, but it’s overlooked and overshadowed by the jazz legacies of New York and Chicago,” says St. Angelo. “Jazz artists from Dallas and other parts or Texas were very influential, particularly the ‘Texas Tenors’ which included tenor sax players David ‘Fathead’ Newman, Marchel Ivery, and others who developed a unique style that was embraced by jazz artists everywhere.”

In addition to embracing the past, the purpose of Jazz Appreciation Month and D’JAM is to point a way to an ever-vibrant future for jazz.

Through UptownJazzDallas.com, Hill has been laying the groundwork for an international jazz festival. An online social network has been developed, allowing musicians and fans to connect and keep up to date on up-coming shows and concerts.  Hill believes there is a strong enough audience in North Texas to support a major festival.  Too, he says that the recent World Series, NBA Championship and Super Bowl sporting events demonstrate that the region has the infrastructure in place to handle thousands of fans coming into Dallas for a musical event comparable to Austin’s SXSW or New Orleans’ Jazz Fest.

“D’JAM is a major step forward in Dallas taking a rightful place in the jazz standings of our nation,” says Hill. “It’s about time, I would say.”