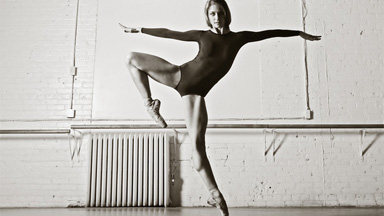 How do you win a competition? Three medalists offer their advice.

Out of dozens of dancers who enter a competition, view only a lucky few return with medals. How do they do it? Three winners share their triumphs, cialis challenges and secrets for success.

Have variety in your variations—it will take you further. For YAGP finals in 2006, I did ones from La Fille Mal Gardée, Giselle and Don Quixote so the judges would see a range of characters, emotions, qualities and steps. Albrecht’s variation is slow and shows your line; he’s sad, pleading for his life. Don Q has lots of bravura jumps and turns. La Fille has a few Bournonville jetés and brisé volés.
I rehearsed every day for a year, but I split up the days—some I did my classical pieces and some my contemporary. There are days when you break down the details, others when you work on characterization. It’s important not to peak too soon. If you rehearse a piece to death it will look stale.

When the competition comes around I never, ever watch anyone dance until after I’m done. I just stay in my own zone by listening to music (anything from rap to rock, but not the music I’ll be dancing to—I’d rather hear that fresh when I go on stage). Once, my coach, Rolando Sarabia, told me to put salt on a lemon and suck on it. I’m sure it was just a mental thing, but it worked!

I never watch videos of my variation. Although it’s great to see how people have danced things before you, you can watch too many and end up dancing like someone else. At YAGP everyone starts looking the same. When so many people do the same variations you need to show the judges something different.

My routine for dealing with nerves starts with a big lunch. Without it, I get tired, and that’s not pretty. Watching other dancers’ crazy tricks, like 10 pirouettes, during the warm-up can be really nerve-racking, so now at YAGP I just go off to the side with a friend I’ve made, Courtney Catalana. I listen to music, like Jack Johnson, to calm down. I also drink coffee right before I perform. I know that can make some people more anxious, but it works for me. Then I say a little prayer and off I go.

It helped me to not think of the Erik Bruhn Prize as a competition because of its meaning: He conceived of it as a way to propel and develop young dancers. But it’s still a huge event. Once I found out I’d been selected to compete, it was at the back of my mind during every performance. I would pretend this could be it. That really eased the pressure once the time came.

Usually, I take a moment with myself about two hours before a performance to reflect on everything I want to put forward. The day of the competition, I was pretty nervous. My coach, Magdalena Popa, found me pacing backstage and took my hand. That calming moment of personal contact really made a difference because it’s integral to what I do as a performer: It’s not about me, but what I want to give.

I was so overjoyed to win. To hear my name read was pretty unreal. It was an extraordinary moment, as if years were packed into one tiny second.