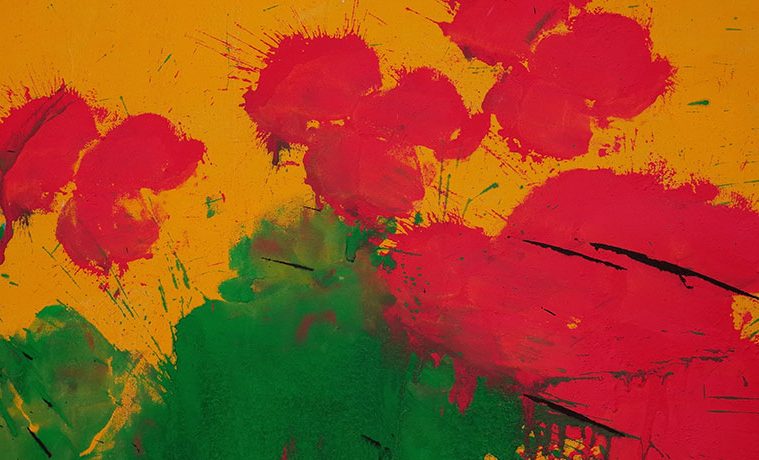 Cutie and the Boxer in Dallas 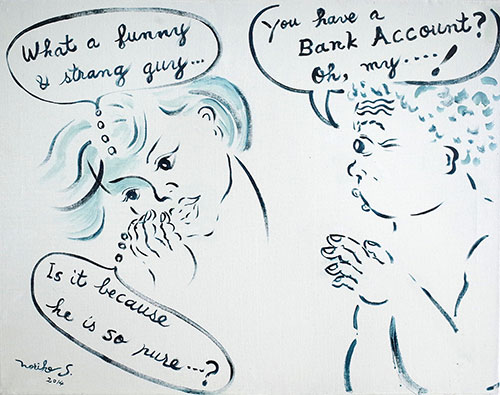 Even if you don’t recognize their names, you may know Japanese artists Noriko and Ushio Shinohara thanks to Zachary Heinzerling’s Sundance award-winning documentary Cutie and the Boxer. The film does little more than follow the married couple, both of whom are artists, around, delving into their individual artistic practices and rather tumultuous marriage. If you haven’t seen the film, you’re missing out. For the most part the film is a ratherstraightforward approach to documentary filmmaking, Heinzerling’s camera often doing nothing more than visually documenting the Shinohara’s lives. But the film’s brilliance comes in its implicit playfulness, illustrated most obviously in the animation of Noriko’s now famous cartoons, as well as its rather touching invocation of the Shinohara’s life as impetus to explore and question the archetype of marriage. In the film, the Shinohara’s art plays a rather ancillary role, the supporting character in a story about the people, and if you finished the film more curious about their work than when you started, you’re in luck.

Kirk Hopper, of Dallas’ Kirk Hopper Fine Art, is another person intrigued by the Shinohara’s story. He was actually introduced to Noriko through gallery artist James Magee last year, “At some point, James and Noriko’s paths crossed and they became fast friends,” Kirk Hopper Assistant Director Casey Stranahan tells me. The relationship began as all dealer/artist relationships do, with many conversations, for the most part between Kirk and Noriko, who handles all correspondence for the couple.

Now, numerous conversations and a studio visit later, the Shinohara’s are headed to Dallas for a show opening at Kirk Hopper Fine Art on March 7.

If you’ve seen the film you’re aware of the couple’s very individual artistic practices. Ushio is a performer, in a sense, and a painter in the vein of the neo-dadaists, think the Japanese happenings-centric Gutai movement. His “boxing paintings,” which are, as they sound, the result of painting with boxing gloves, have been well-collected. They’re action paintings in the purest sense and wildly colorful to boot, imparting energy vicariously to the viewer. In the words of Stranahan, Ushio’s work is “very much like him, sort of wild… bright and weird and grotesque in a very interesting and captivating way.”

As Stranahan admits, Ushio is in his 80s, and while the style of his work won’t be at all unfamiliar to audiences, he was “One of a kind when he began working with these methods however many years ago, and we have a deep respect for that kind of original innovation.”

Noriko’s work on the other hand is more quietly powerful. She’s well known at this point for her Cutie and Bulliecartoons, which honestly, but simply, excavate her life, both the good and the bad.

“Noriko’s work is really fascinating and definitely taps into an issue that is greatly explored right now, not just in the arts but in journalism and the media,” says Stranahan.

Although admittedly, Cutie is what people know, Noriko was an accomplished artist prior to her Cutie series. Apart from her totally relevant, and, in truth, adorable, cartoons, at Kirk Hopper viewers will get a chance to see some of Noriko’s other prints, many of which preceded Cutie.

The artists will be in town for several days when the show opens so fans and admirers have the opportunity to meet them during the exhibition opening.

Cutie and the Boxer will be on view at Kirk Hopper Fine Art through April 11.