Defying the art Establishment: The Pre-Raphaelites at San Antonio Museum of Art 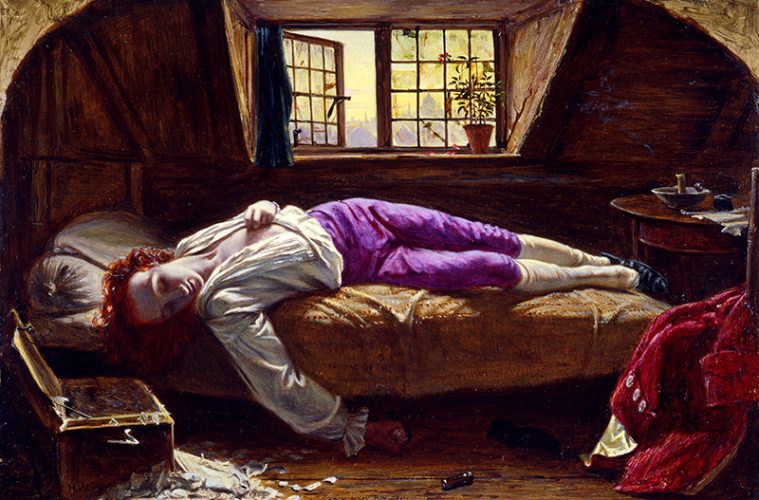 In the twilight of the British Industrial Revolution, when mass manufacturing had forever altered the English political and literal landscape, a group of young artists, calling themselves the Pre-Raphaelite Brotherhood sought to ignite their own creative revolution, guided by visions and principles of medieval art before Raphael. In one of art history’s most underdog-triumphant stories, that sibling-hood would not only produce a new era of art and design, but their work would continue to influence our perceptions of a world vivid with color into the 21st century.

Now a new exhibition, Victorian Radicals: From the Pre-Raphaelites to the Arts & Crafts Movement, brings their masterworks and stories to the San Antonio Museum of Art (Oct. 11, 2019-Jan. 5, 2020). Organized by American Federation of Arts and Birmingham Museums Trust, SAMA will be the only Texas venue for this exhibition of paintings, works on paper, and decorative arts that are seldom seen outside of the United Kingdom.

To get a better understanding of how these Radicals defied the Victorian era’s art establishment  and how their visions and designs continue to tell intricate stories that beguile us today, I spoke with SAMA chief curator and the Marie and Hugh Halff Curator of American and European Art, William Keyse Rudolph.

While Rudolph believes visitors will certainly find the art of the Pre-Raphaelites make for a visually stunning and “sexy” show, they’ll also reach a deeper understanding about the history of British design that still influences and they’ll come to know a fascinating story about this group of rebel artists and how they changed the art of their time.

Organized chronologically, the exhibition begins with the art the Pre-Raphaelites rejected, examining how the art authorities of the time, particularly the British Royal Academy gazed back to High Italian Renaissance and Classical art for inspiration. Victorian Radicals then introduces our first cast of rebel artist characters—Dante Gabriel Rossetti, John Everett Millais, and William Holman Hunt—who founded the Pre-Raphaelite Brotherhood in 1848, along with their friends, mentors and companions like Ford Maddox Brown, John Ruskin and Rossetti’s muse, wife and an artist in her own right, Elizabeth Siddall. They set out to defy that establishment and surprisingly found themselves embraced instead of scorned.

“Suddenly they take off,” says Rudolph, adding, “It’s kind of like what happens if you stage a protest and you’re taken seriously. They were taken seriously and overnight, they became art stars.” 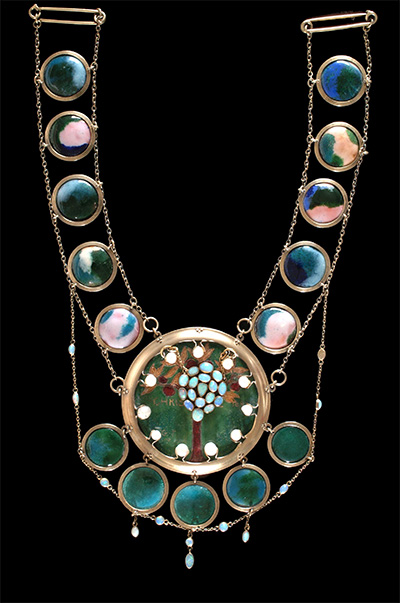 They became so successful that soon a second wave of artists joined the radical cause, including Henry Wallis, Frederick Sandys, Simeon Solomon, Birmingham-born Edward Burne-Jones and the man whose life and work still guides schools of design over a 150 years later, William Morris. With Morris, the exhibition delves into the pivotal Arts and Crafts movement, which rejected mass production and held up the artisan and crafts-makers as true creators.

Though very different in their pasts, personalities and perspectives, many of the artists’ works and designs hold common elements that signal their Pre-Raphaelite bond. The vivid colors and details, as well as lush narrative qualities of the painting and designs make the Pre-Raphaelite spirit immediately recognizable in many of the works.

Rudolph explains that those qualities are connected with the environment and politics of the artists.

“That Victorian predilection for narrative and for stories was in painting as well as in prose,” he says, explaining how this storytelling focus leads to paintings so rich and layered.

“There is an intensity of detail because the detail is meant to convey a lot of information, to be very particular and accessible. They don’t want you to in any way miss out on the story.”

Yet this art doesn’t tell a story just for the sake of painting a good yarn. According to Rudolph, these visual artists aligned themselves with what many of the novelists of the Victorian era were attempting to do: hold a mirror to the conditions of England at the time. 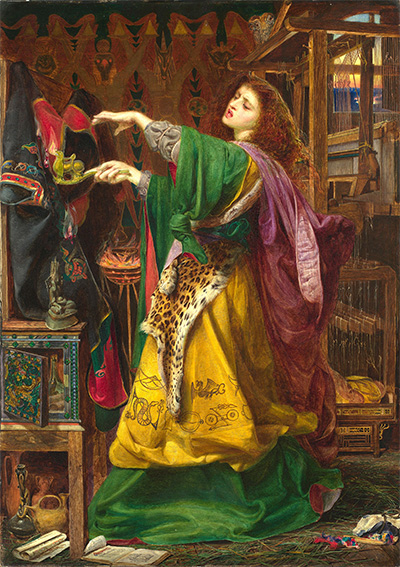 “There were people—art theorists and artists themselves—who strongly believed that art should accomplish change, that art was informative and educational.”

Rudolph explains that as much as we might generalize Pre-Raphaelite creations depicting “damsels with flowing locks and knights and ladies,” these masterpieces also concern the plight of sex workers and the working poor.

“There’s a lot of stuff that’s going on in these works that speak to the realities of their day that we expect art to do.”

After decades, those rebels became the standard-bearers that the next generation of artists would react against as the 19th century turned into the 20th. Visual artists began to reject the Pre-Raphaelite version of brilliantly colored realism for the rise of modernism and abstract art. Yet, Rudolph argues these Radicals might have more in common with our 21st century perceptions of reality than their grandchildren’s 20th century conceptions of the world.

“We live in such a visual culture these days and I think social media has made that even more intense. We live through these bursts of images. I think we will find the Victorian visual culture, which is so insistently visual and detailed, is more alike us than we think. They communicated a lot by the way things look and we do that also.”