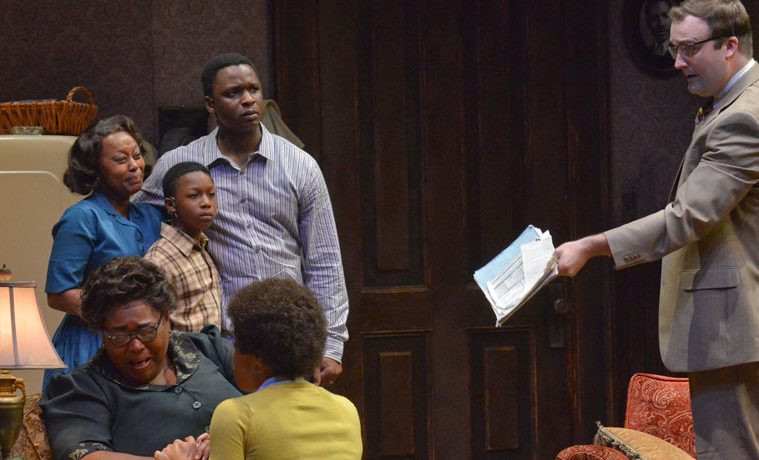 In 2010, New York City’s Playwrights Horizons premiered Bruce Norris’ new play, Clybourne Park. If savvy theater audiences didn’t immediately recognize the eponymous Chicago neighborhood, first introduced in Lorraine Hansberry’s 1959 play A Raisin in the Sun, the connections between the two shows became very clear as the play unfolded. During the month of October, Dallas Theater Center intertwines the plays further, by running them in repertory, allowing audiences to see Raisin one night and Clybourne the next.

One of the lingering questions of Raisin was why the Youngers were able to purchase the house in the historically white neighborhood; this question permeates a play about segregation, racism and humanity. In the first act of Clybourne Park, Norris offers an interpretation of the extenuating circumstances by introducing the home’s previous owners Bev and Russ. The play’s second act jumps forward to modern times. A white couple hopes to buy the Younger house, in an effort to gentrify a now pre-dominantly black neighborhood. 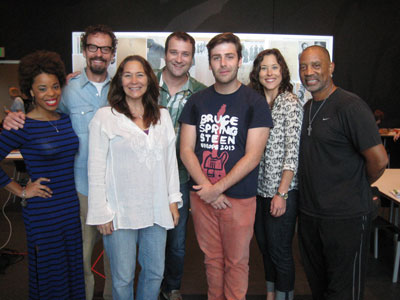 In Clybourne Park, actors play different parts in the two acts. By casting several of the same actors in both shows, Dallas Theater Center has added yet another complication to the play’s thematic conflicts. Hobbs plays the progressive daughter Beneatha Younger in Raisin, the domestic worker Francine in the first act of Clybourne, and Lena, the great niece of the original Youngers, in the second act.

“There’s definitely a through line of strength and determination in all these characters I get to play,” Hobbs muses. Along with Hobbs, the other overlapping actors are Steven Walters and Hassan El-Amin – all Brierley Resident Acting Company members. Raisin mounted in mid-September, with previews of Clybourne opening October 4. Both shows continue to run through the end of the month. To pull these shows off at the same time, the actors took on a heavy load of rehearsals beginning in August, allowing them an intimate understanding of the scripts. 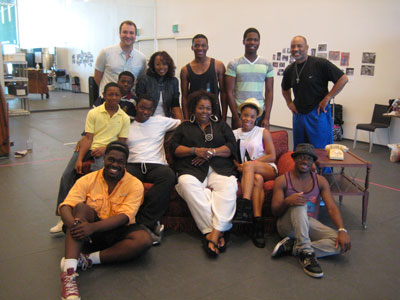 The cast of A Raisin in the Sun at Dallas Theater Center.

“With A Raisin in the Sun, Lorraine Hansberry tugs at our heartstrings and confronts issues of racial inequality in 1950s America,” Walters says. “With Clybourne Park, Bruce Norris smacks us in the face and reminds us that the race conversation is far from over.”

Both plays struck a chord with audiences for challenging outlooks on American life. In 2011, Clybourne Park was awarded the Pulitzer Prize for drama for being “a powerful work whose memorable characters speak in witty and perceptive ways to America’s sometimes toxic struggle with race and class consciousness.

And A Raisin in the Sun, which was the first play written by an African-American woman to be produced on Broadway, remains a classic work, read and performed around the world. Both plays deserve to be seen and this unique arrangement of the plays in tandem promises to add rich layers to the experience. In keeping with the chronological order, the actors unanimously recommend attending Raisin first.

“Definitely do the double feature,” says Hobbs. “Clybourne Park stands on its own, but seeing A Raisin in the Sun first will deepen the experience and give you context for the story.”