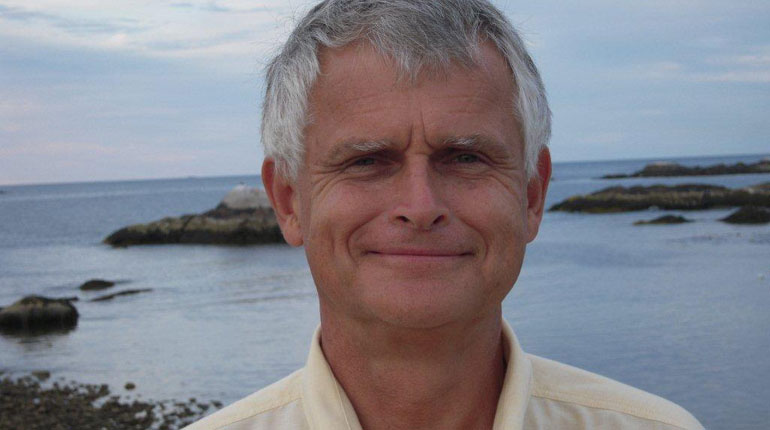 Editor’s Note: Illness has forced Mr. Stilgoe to cancel his Dallas appearance, but he hopes to reschedule later in the year.

John R. Stilgoe is an award winning historian and photographer who is the Robert and Lois Orchard Professor in the History of Landscape at the Visual and Environmental Studies Department of Harvard University, where he has been teaching since 1977. He is also a fellow of the Society of American Historians. He was featured on CBS’s popular newsmagazine, 60 Minutes, in a 2004 episode entitled “The Eyes Have It.”

Stilgoe conducts research on subjects ranging from national critical infrastructure to energy-independent housing and to old-ﬁeld landscape. He is currently completing a monograph on photography, glamour, and extreme landscape.

He will be in town February 13 to speak at the Dallas Architecture Forum, a non-profit organization dedicated to providing challenging and on-going public discourse about architecture, design and the urban environment. The evening address will be at the Magnolia Theatre in the West Village.

Mr. Stilgoe took time from his busy schedule this week to respond to A+C’s questions.

A+C: What does it mean to be a visual historian?

STILGOE: It means only that I work chiefly with what I notice and that I scrutinize especially all sorts of period images, especially snapshots, vacation photos, advertisements, and anything else “not art.”  What I see sparks my curiosity.

A+C: In today’s culture, it seems we are very tunnel-vision. What are we missing?

JS:  I wrote a book about this, Outside Lies Magic, in which I argue that the present fascination with film, television, and video/computer screens keeps so many people, children especially, from learning about the actual world around them, an un-programmed, unmediated world which rewards scrutiny and as a by-product, enables cardio-vascular exercise. Too few people know how to take a satisfactory walk.

A+C: Have we lost the art of exploring our environment?

JS: Many people, afraid of getting lost, afraid of serendipitous discovery, just plain afraid of the unknown have lost the art and now strive to keep children the organized prisoners of a fearful adult world. If your friends think the phrase “children at risk” means “children at risk for something bad,” get new friends: risk often leads to positive discovery, to great treasure, and to power, something the old rich have known for generations.

A+C: Looking ahead 50 years, what substantial changes do you forecast in how we live within our environment?

JS:  On one level, the global population increase will cause great change in our watersheds and agricultural environments, change that dwarfs urban change. On another, and I teach a whole course on this, the current fascination with vampires and similar beings prepares us (and especially our children) for the imminent debut of engineered life-forms:  we prize tolerance and diversity, but genetically modified plants and farm animals merely presage modified humans whose presence on a city street will mark a new age and test our present allegiance to tolerance.

A+C: Are we driven now more by economics than aesthetics when it comes to urban planning?

JS:  Nothing drives urban planning. I am surprised planners come to work given the chaos in American popular thinking about what cities are and should be. “Economics” might mean “what is best for each landowner” but it might also mean “what is best for all landowners” or “best for all citizens.” Children often see their smartphones as the most economical, valuable, and beautiful things they own:  what that teaches them about urbanity, civility, and the practicalities of building real cities for real people in real time I study . . . and study. Not many adults ask kids what cities ought to be but all adults should ask kids that question.