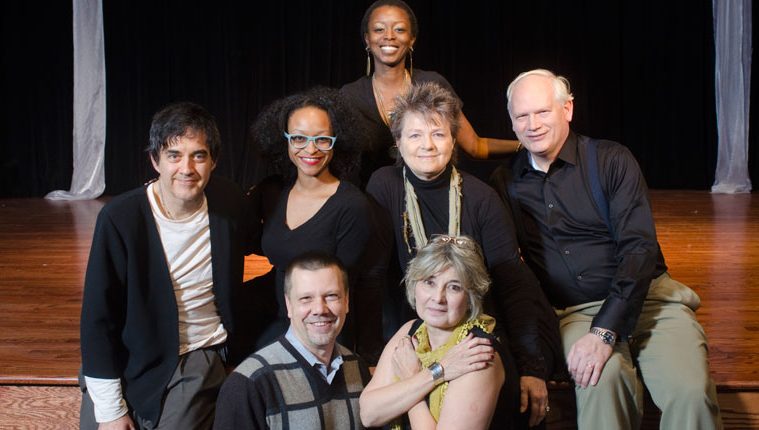 Seven local playwrights compete for a chance to win $1,000 cash in the annual New Play Competition produced for the eleventh year by TeCo Theatrical Productions, under the helm of Teresa Coleman Wash, herself a playwright and director.

Wash owns and manages the Bishop Arts Theatre Center, where the schedule is filled with stage events and jazz concerts. One of her shining programs (among several) is her annual writing competition that shines the spotlight on original plays by local talent. Each year, she accepts one-act plays, appoints a reading committee to select the best entries, and uses local actors to stage a production of one-acts. At each performance, audience members cast ballots for his or her favorite production. On closing night of the run—this year March 5-10—all ballots are counted and honors given to the audience favorite. A literary award, chosen by the reading committee, is also awarded.

This year, Wash partnered with SMU to attract directing students to the program, and a special guest mentor, Will Power, an award-winning playwright and performer. A+C caught up with Wash to find out about this year’s New Play Competition, and her own creative journey.

A+C: How did you first decide on the New Play Competition?

WASH: The NPC was created in 2002 to give a platform to new works and encourage local playwrights to hone their craft.

A+C: How has the competition evolved over the years?

TCW: I vividly remember papering the house for most of the run during the early days of the competition. I never thought I’d see the day where we’d consistently sell out each night year after year.

A+C: What are some of your fondest memories over the years?

TCW: There was a time when I was very hands-on during the competition – I attended a lot of  rehearsals, assisted with the selection of props, and interacted more with the playwrights. I don’t get a chance to do that to the same extent anymore because of the demands of owning our space. Nowadays I travel a lot so I’m called outside of the theatre more, and I’m extremely proud of how the event has evolved but I do miss those early days when I interacted more with the playwrights and production team.

A+C: Have any of the plays been further developed and gone on to be produced elsewhere?

TCW:  I’m not aware of any of the plays having gone on to be produced elsewhere but I’d venture to say that our competition has certainly propelled the career of several local playwrights. This event help shine a spotlight on playwrights who are under the radar.

A+C: What can we expect in this year’s contest?

TCW:  Well, I’m terribly excited about our partnership with SMU and all that the SMU student directors are bringing to the event (big thanks to Stan Wojewodski for sanctioning the collaboration and providing the resources needed to grow the festival).  In previous years, many of the playwrights took a chance and directed their plays and most times it worked fine, but directing is an art form all by itself. Whenever you see a show that has been directed well it makes you really appreciate all that goes into breathing life into the pages of the written words. The other thing that I’m excited and deeply grateful for is Mr. Power’s interest and participation in our NPC. From the very first day I met Will, he expressed an interest in working with us, particularly the NPC. The playwrights have had the good fortune of being mentored by him and he regularly sits on rehearsals, in fact, I saw him come in the theatre just the other night, and I have to admit, there’s something really cool about having Will Power in your space – I love it! He has been incredibly generous with his time especially given all that has happened with his career over the last few months. The NPC has always been a wonderful array of new and experimental theatre performances but this year is going to be epic.

A+C: How hard is it to be a playwright and try to run a full theater organization at the same time?

TCW:  Nearly impossible, especially during a strained economy! That’s why I’m intrigued by and marvel at women like Young Jean Lee and even the late great Margo Jones. I insist on staging my play Audacity: A Celebration of American History during Black History Month every year otherwise I’d have to take “Playwright” off my business card. On a serious note, what I’ve come to realize is my life’s purpose is larger than being a playwright. My origin in this business might have been for purely selfish reasons but what I do now more than anything is create opportunities for other artists.

A+C: What advice to you give aspiring playwrights?

TCW:  Playwrights are the bravest people on the planet. To put yourself out there for public scrutiny takes an indescribable amount of courage because the reality is every play has to find its audience. My advice to aspiring playwrights is don’t listen to anyone’s advice. People are so opinionated these days and quick to give unsolicited advice without understanding a person’s work ethic, drive, and determination. Blaze your own trail and follow your own heart – it will never lead you wrong.

A+C: What’s the best advice you ever got for writing?

TCW:  I’ll never forget the very first play I wrote 20 years ago. I was so impressed with myself and when I showed my Mom my illustrious bio I had written about myself in the playbill, she simply replied, “Learn how to be humble.” That advice has stayed with me all my life.