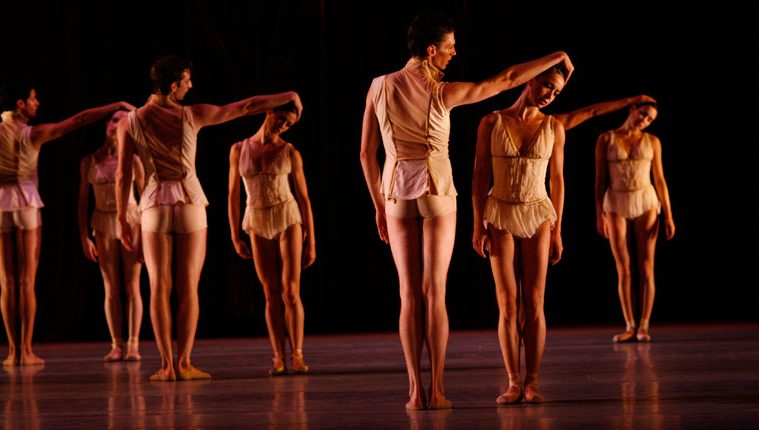 On Saturday, look January 19, order the Joffrey Ballet returned to Dallas after twenty years, buy bringing with them a historical event: the recreation of Vaslav Nijinsky’s 1913 “Le Sacre de Printemps” (The Rite of Spring). But before we could see what 100 years had done do it, we were witness to its effects on contemporary dance.

In “Age of Innocence,” a revival of choreographer Edwaard Liang’s 2008 commissioning, we were given a dance that did what the modern writers did to language—a fracturing of conventional forms that were reconfigured into reflective shards and seductive moments in time. Here, early 19th century thinking is juxtaposed against the inner turmoil of female nature. Power is tempered through hard angles, strong lines, and quick slides and jumps executed by the male dancers with the utmost virility. In fact, the men that evening outdanced the women. Yet, the coupling of Kara Zimmerman and Rory Hohenstein (in the “First Dialogue”) and April Daly and Dylan Gutierrez (in “Obey Thee”) were stunning emotional phrases that were fluid as breath itself after climax, and as bold as the darkness and chaos that surrounds such passion.

I wish this review could speak as glowingly for the second piece. Christopher Wheeldon’s “After the Rain,” while a lovely in its composition—it’s full of striking and unconventional poses—lacked a certain something in performance.  It was almost as if the dancers were tired of performing the work. In the first section, three men lie on the floor as three women lean over them, their legs extending in elongated arabesques. However, the angles were off, the height of each leg different, breaking the formality of the structure that should have been created. In the second section, a pas de deux from Zimmerman and Mauro Villanueva, captured the intent of the piece—a slow conversation between lovers, between the dancers, and for the dancers—it was missing a sense of realism. There was a lack of connection between the two; however, one cannot discount the technique and fluidity they exuded. The piece is about hope and love, but maybe this performance was after a rough day.

The evening ended with the piece that we had all been waiting for, the historical recreation of Nijinsky’s “Le Sacre de Printemps” (The Rite of Spring). It was a beautiful reconstruction from the use of the original music, costumes, backdrops, and movement, but gone was its unconventional quality. It doesn’t mean the same thing it once did. While it cannot be denied that it marked the beginning of Modernism and changed the dance world as we know it, it will never cause the same uprising it once did. We are used to much more than this. But it will always remind us of the power of dance, and the power of ritual, and how rewarding risk taking can be.

—DANIELLE M. GEORGIOU
Danielle M. Georgiou is the Artistic Director of the DGDG (Danielle Georgiou Dance Group), and runs the dance department at both Eastfield College and the University of Texas at Arlington.