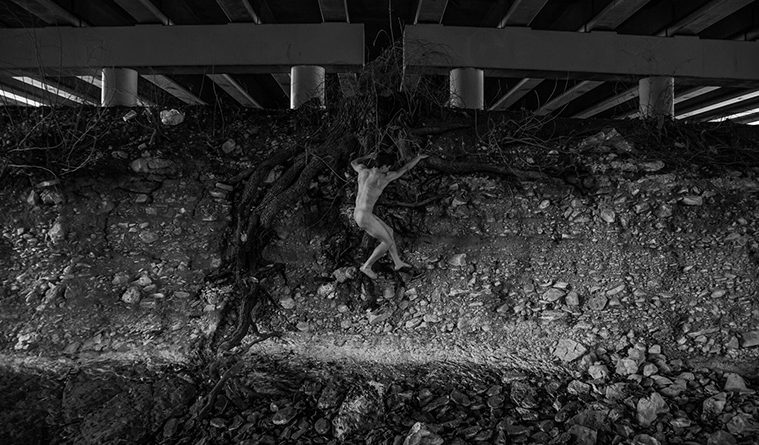 Ballet Austin’s Leo McGrath in McIntyre’s dancer/place, a book project that explores the relationship of dancers to the city in which they reside.
Photo by Trey McIntyre. 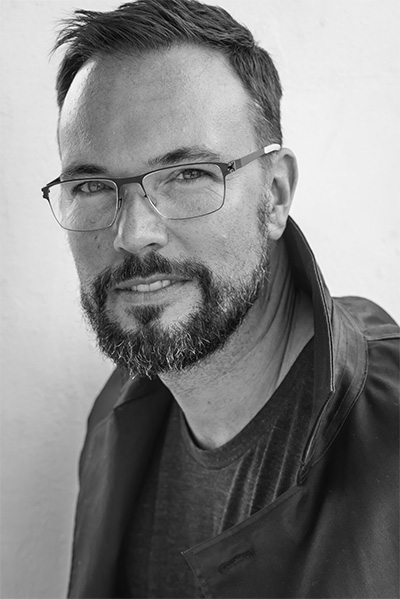 The word is out: renowned American choreographer Trey McIntyre calls Texas his home once again. McIntyre cut his teeth as a dancer and a choreographer at Houston Ballet. In 1989, he was named Houston Ballet’s first Choreographic Apprentice, a position created especially for him by Ben Stevenson. From 1995-2008, he served as Choreographic Associate. During his time at Houston Ballet he created seven outstanding ballets: Peter Pan, Touched, Skeleton Clock, Second Before the Ground, The Shadow, Curupira and Bound. Next season, Houston Ballet fans get to see his stunning ballet, In Dreams, as part of the mixed rep Global Movements, May 24-June 3, 2018.

When McIntyre left Houston Ballet he built a substantial freelance career, which eventually evolved into Trey McIntyre Project, one of the most successful and innovative American dance companies, known for following its own rules. And one of those rules was that it would end when it was time, regardless of its success. McIntyre has found himself full circle in the ballet biz. “The first time around I found being a freelancer lonely; now it’s amazing and I enjoy it,” he explains.

Since disbanding his Boise-based company, the choreographer, now also a filmmaker and photographer, has been living in Austin for nearly two years. Although his freelance career takes him all over the globe, he’s enjoying Austin as his base of operation, and slowly getting to know the art/dance community. “The nine years I spent in Houston were the most formative years of my life,” says McIntyre. “I visited Austin often during those years and loved it.”

McIntyre’s career reached a new juncture when he moved on from TMP. “When I started TMP, I was able to just move to a new place, which is how I ended up choosing Boise,” explains McIntyre. “I was able to do that again as a freelancer. I love the people of Texas.” 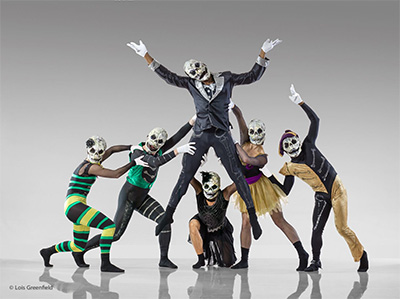 This month, Austin finally gets to see what all the fuss as been about when Cuba’s Malpaso Dance Company performs McIntyre’s gut-wrenching Bad Winter, hands down the best breakup ballet on the planet. I had the great privilege of watching him set the work while he was at Jacob’s Pillow when they premiered his work Under Fire at the festival. Malpaso performs in Austin as part of the Texas Performing Arts Series on at Feb. 9 at Bass Concert Hall.

He’s also enjoying his connections with other dancer companies, such as the Philadelphia based BalletX, that premiered Big Ones, set to songs by Amy Winehouse. Alastair Macaulay, of the New York Times, raved, “Mr. McIntyre’s choreography is juicy, very dancey and weirdly passionate; without ever being sure where it came from, I fell in love with it early on.” Macaulay included Big Ones on his best of 2016 list. McIntyre treasures this small but important troupe, and also served as a mentor to emerging choreographer Yin Yue in BalletX’s inaugural Choreographic Fellowship Program in 2015.

He recently set one of his signature works, Ma Maison, on Parsons Dance, which is slated for a May 16-28 run at the Joyce Theater. “I just saw a video of them in rehearsal, they look amazing,” says McIntyre. “The dancers are wonderful.” The work, which features music by New Orleans’ Preservation Hall Jazz Band, shows how deeply McIntyre dove into New Orleans culture and lore.

McIntyre, wearing his filmmaker hat, is busy submitting his autobiographical documentary, Gravity Hero, to festivals. Finishing the film, which took several years, has been huge. “Dance is so ethereal, and this film, it’s a thing. This is my film and that’s an amazing feeling.” As McIntyre has one of the most compelling and unique trajectories as an artist, the film will be a must- see for dance folks everywhere. 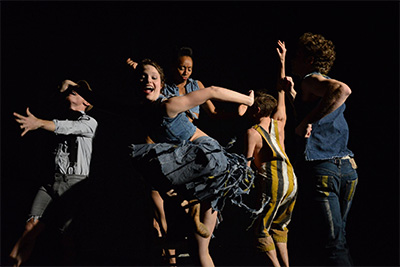 His photography book, focusing on the nude body, is another big project. He finds photography a closer extension to his life as a choreographer, as it relates more directly to arranging the human form in space. “I have more control,” adds McIntyre.

McIntyre keeps his fans informed via his blog on the TMP website. “I am a private person and have hidden behind the work, but now I am pushing myself to write more.”

Ultimately, he craved more diversity in his art-making practices. These days, there is no typical day for the artist as divides his time among many projects. He can be creating new ballets like a gala piece for San Francisco Ballet, keeping a close watch on the companies performing his work, getting his film out into the world, looking for an agent for his book, or just hanging out in the city he now calls home. He adds, smiling, “I’m figuring it out as I go.”