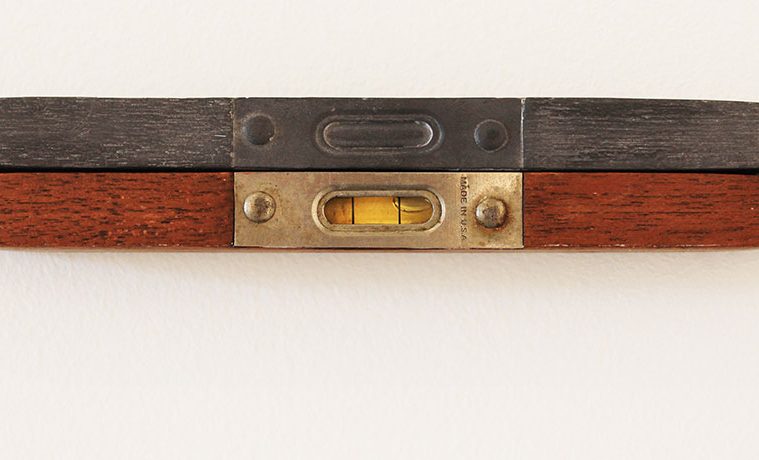 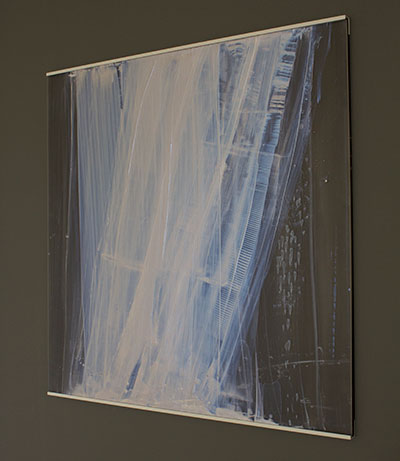 To set the record straight, Gray Contemporary is not in Katy.  A bit of finger navigation on the iPhone reveals it to be on Old Katy Road, very much in Houston proper. Thankfully I’m not the only slightly daft person to make this mistake, as Gallerist Elizabeth DeWees graciously offered when I arrived to view their latest effort, a dual exhibition featuring Lucinda Cobley and Michael Crowder, somewhat redundantly titled Gray Area.

Gray (the gallery) is exactly the kind of clean, well-lit space that artists and collectors covet, but its location in the Houston Design Center (a complex of furniture and lighting stores in an odd area of town surrounded by luxury car dealerships) puts it outside the radar of most Houston gallery hoppers. “We usually get about thirty at a typical opening,” mused DeWees. Judging from Gray Area (on view through March 14), as well as the other works peeking out from the back room/office, this is something of a shame. 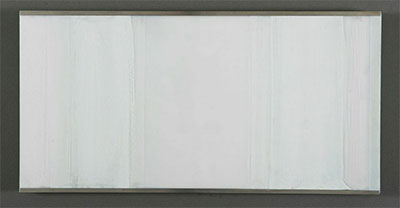 Lucinda Cobley, (In) between White Space II, 2011. Oil and pigments on etched glass and cast acrylic. Photo courtesy of artist.

For the current show, the front of the gallery is occupied by Cobley’s layered two-dimensional works with subtle white surfaces which are surprisingly complex. Acrylic and pigment applied alternately on plastic or etched glass, Cobley’s works reveal an expressionist with carefully defined parameters. The quick, pale washes are assembled in sandwiched layers to create depth, which lends each piece the quality of a segment, a puzzle piece in a vast configuration of “(In) between White Space,” as she has titled one series. Despite their constrained size and austere materials, the paintings are quite fresh and full of a vibrant energy; splashes of spilt milk in tidy frames. 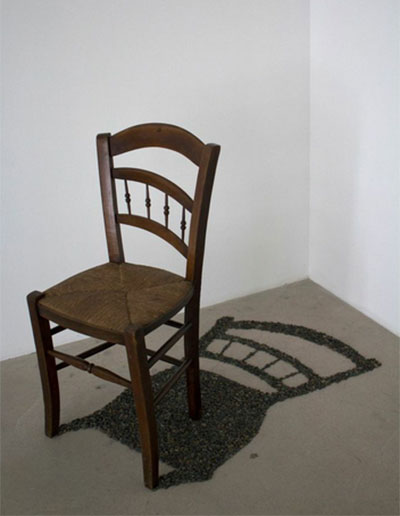 Crowder’s sculptures provide a visual and conceptual counterpoint to Cobley’s white washes, the glue holding the show together being the level of refinement and craftsmanship exhibited by the artists (not to mention their aversion to color). His multi-media pieces include many cast works combined with found objects, each distilled down to its most poetic. Some of the iconography is a bit predictable: a glass butterfly plays out a life cycle in HistoriaNaturalia, and an odd little antique chair sits mournfully in the corner in Zone d’ombre. But Crowder’s alchemy-through-casting finds its stride in Lead Level, a wood and brass torpedo level wearing its leaden shadow atop its now-functionless back. And Painting IV Reprise, an ornate blank frame cast in glass, couldn’t be more fragile and lovely if it were made out of sugar.

Both Cobley and Crowder are Houston artists, a fact which won Gray its busiest opening to date, with approximately eighty souls jamming into the high-ceilinged space. However, neither artist is represented by Gray, a gallery whose burgeoning stable consists mostly of non-natives, artists from as far away as Italy and Australia.

The space has been operational since July of last year and has put on eight exhibitions in that time, but they are still relatively unknown. This is the perfect place to insert a comparison between Gray Contemporary and the proverbial “tree falling in the forest,” but it feels too dismissive. There’s no shortage of openings to attend in Houston’s gallery-cluttered scene, but based upon this show, Gray certainly deserves more attention than it’s getting. Maybe now that we know it’s not way out in Katy, some of us will make the (tiny) trek.