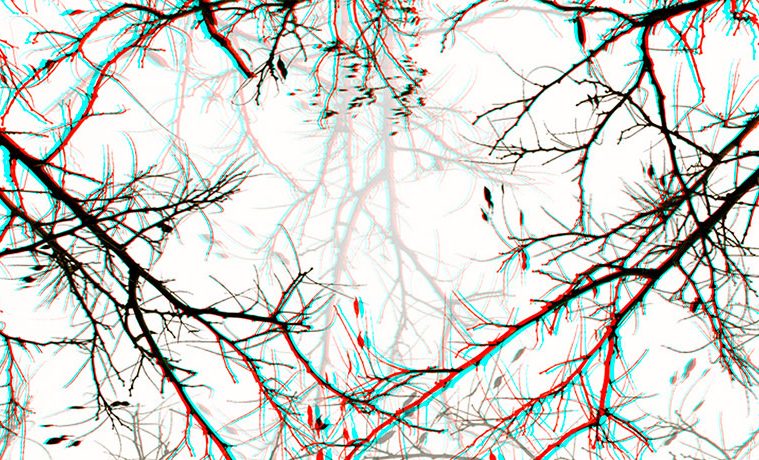 The Photography of Bill Armstrong and Ryan Bush 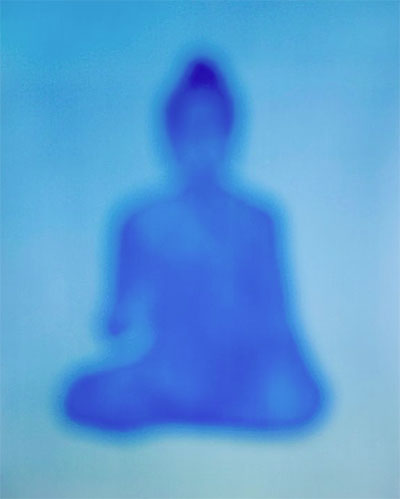 Between skeins of swirling branches and rings of saturated color forms, the walls of the Houston Center for Photography resonate with a quiet spirituality. Two exhibitions, Ryan Bush’s Visions and Bill Armstrong’s Buddha & Mandala, both on view through April 26, contain photographic imagery with strong undertones of Buddhism, which complement one another through their unique variations on a theme.

Inescapable throughout these exhibitions is the symbol of the mandala. A mandala is a spiritual symbol used in rituals for both the Buddhist and Hindu traditions. Mandalas often represent a microcosm of the universe and are frequently used in meditation, among other things.

Armstrong’s Buddha and mandala images are pulled from his Infinity  Series and feature a singular image-making process, if varying subject matter: Colorful collaged paper photographed out of focus. By blurring the subject of his images, Armstrong is able to anonymize his Buddha figures and create a sense of sameness or equivalency between them. While the mandalas are more abstract, they also benefit more from the blurring effect. The central round form begins to jump or throb partially due to the phenomenon of simultaneous contrast—the tendency of a perceived color to be altered by an adjacent color—which is then mitigated by the addition of the blur. Visually, the images operate similarly to those of Mark Rothko, with the forms either pushing outward in all directions or receding inward. Armstrong deftly synthesizes Eastern spirituality, color-field painting, and pop influences without feeling kitschy. 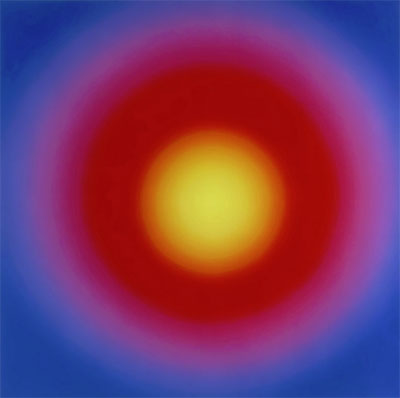 In Visions, Bush presents photographs of twisting branches, layered through multiple exposures, with red and cyan tracers. Since the images are designed to function both with and without 3D glasses, they have two separate lives, each with seemingly different intentions. Without the aid of glasses, the images appear like the fibers of a handmade paper with a greater order emerging quietly. Once viewed with glasses, the branches push into the space of the viewer, as a clipping from a great nest. Attempts at making art interactive often feel gimmicky, but the insistence of spirituality appears to mitigate those qualities instead of intensifying them.

Both artists are expressly operating in spiritual modes, but feature other, less-apparent similarities: For example, both employ optical techniques to trigger the viewer’s experience of heightened awareness, but are characterized by a tendency towards the “hand-made” in their work. Armstrong’s photographs of collaged paper read almost as paintings, and Bush’s work features watercolor-textured paper, imbuing his images with a feeling of being “drawn-in.” Indeed, Bush relates his process of arranging the 3-D effects to weaving or sculpting.

These two complementary exhibitions at the Houston Center for Photography provide a heady and heartfelt experience with spirituality’s occasional tendency to feel sterile or pushy, markedly absent.