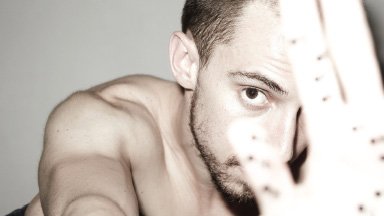 This year marks the 100th anniversary of Southern Methodist University. As part of the centennial celebration, look the Division of Dance at SMU’s Meadows School of the Arts will present work choreographed by eight distinguished alumni at its Fall Dance Concert, November 2-6 at the Bob Hope Theatre in the Owen Arts Center on campus.

The concert includes new works by three of the choreographers—Chaddick, Stone [which includes alumnus Matthew Walfish (2009)], and Story— and five restaged pieces, including ex- Paul Taylor principal dancer Mazzini’s “Bakelite Apparition,” which will be performed by two other SMU alums Lee Duveneck (2010) and Elizabeth Bragg (2005).

The last residency that occurred was with the newest graduate, Hamilton, founder and director of the non-profit New Orleans organization Love for the Arts Project, Inc., and Emmy Award-winning artist John Malashock, whose artistry is a composite of more than 30 years of experience in dance, theater, and film. Both Hamilton and Malashock will be restaging works dealing with relationships.

Hamilton’s “The Fall” reflects the story of her parents’ marriage; Malashock’s “Silver and Gold,” is about a hit-and-miss relationship.

A+C dance writer Danielle Georgiou spoke with a rehearsal room full of the participants, including SMU dance professor and artistic director of this production, Patty Harrington Delaney, whom herself was a classmate of many of the choreographers.

A+C: How are the students reacting to this residency, since normally, there are only two or three visiting artists, and now there are eight?

PATTY HARRINGTON DELANEY: I think there is a real positive energy, and I think it stems from the content of the pieces. It’s a young show, with young choreographers, and it’s edgy. I think that’s nearer to their sensibilities on some level. So, they are challenged and encouraged by it at the same time. It really has been a thrill to work with these gied alumni. They have all done well in the professional world, and they are huge inspirations.

PATTY HARRINGTON DELANEY: Yes! They are seeing themselves in these folks. No less as powerful of an experience to have someone come in and set a [Paul] Taylor piece or a [Martha] Graham piece — what a wonderful experience — but this is different. These are people who were just like them. One of the most challenging pieces is “Hanging Out of Town,” an aerial work choreographed by Anna Marie Ewert-Pittman, the artistic director of Dallas’ Ewert & Company. The piece portrays two sides of a woman as she struggles with thoughts of suicide.

How does it feel to come back to SMU?

ANNA MARIE EWERT-PITTMAN: I was very honored to be chosen. It has been such a privilege to work with the students and the faculty. Everyone in the dance and theater department has been very supportive and encouraging.

What about the students? This must have been a very new experience for them, working with a flying rig and a harness.

ANNA MARIE EWERT-PITTMAN: At first the dancers in the harnesses were a bit timid, but over time, they overcame the obstacles in learning a new medium, and became more confident in their flying. It has been a rewarding experience for all of us.

What was it like getting that phone call that you were selected to come back?

JARRELL HAMILTON: I screamed! I did, because, being the youngest choreographer asked to come back, it’s just an honor. I’m very humbled to be on the Bob Hope Stage choreographing. It’s a big deal for me. A very big deal.

As the youngest choreographer, what advice do you have for the students?

JARRELL HAMILTON: I’ve told them to just determine what success is for them. Not what it means to anyone else. Be happy doing whatever it is you want to do.

What about you John? You have your own company that has been around for 24 years and have had a successful professional career, what advice do you have for them?

JOHN MALASHOCK: These days, I think a lot of students coming out of school don’t really know what’s possible. They know they are supposed to do something, but they don’t know what. So, I don’t know if I say anything particular, but I guess I give them an example of what they could do. I think that the example is more powerful than words.