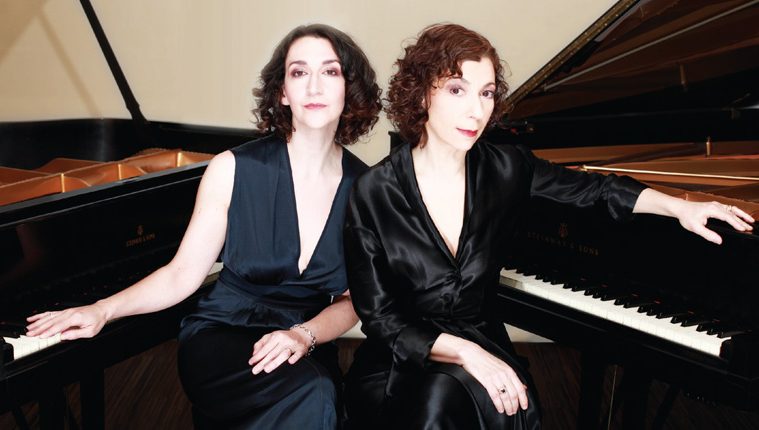 None of them are from Texas, but as the saying goes, “they got here as fast as they could”. Once they arrived in the Bayou City, they found a thriving arts community.

“People in Houston have an ownership of their arts organizations,” says Matthew Dirst, artistic director for the 10-year-old Ars Lyrica early music ensemble. Dirst came to Houston in 1996, accepting a job at the University of Houston’s Moores School of Music. As a harpsichordist, organist, and musicologist, Dirst found he liked the city and its dynamic performing and visual arts scene.“It worked out,” he says simply of his experience here. “So I stayed.”

That sentiment is echoed by Sarah Rothenberg, the artistic director of Da Camera, a classical music group known for its promotion of seldom-heard and emerging works and composers. A pianist by training, Rothenberg’s career has taken her all over the world, but she’s found that Houston is home.“I have lots of personal and professional contacts in New York,” she says matter-of-factly. “Houston is my base.”

“I consider myself a Houstonian now,” says the conductor who has led orchestras in some of the world’s most revered opera houses and says that through his travel he’s become adept at feeling at home wherever he happens to be, “but I consider Houston home.”

All three are quick to point out that the life of a musician means that they spend a great deal of time traveling and performing, as it’s simply the nature of the beast. Each of them understands that the persona they’re known by in Houston may not be the same one that shows up in a program at an arts festival in the Grand Tetons or at Lincoln Center.

“It depends on the city and the audience,” Dirst notes when asked how he’s known as a musician. “In Houston, people know me from UH and Ars Lyrica. But at this summer’s National Convention of the American Guild of Organists in Nashville, they know me as an organist, and when I present a paper, I’m a musicologist.”

He doesn’t suffer from any feelings of split personality though. “When I’m playing or presenting somewhere else, I’m also looking for ideas on what other instrumentalists are up to and how they’re playing. That’s invaluable, and the best possible result is when I come back to Houston and I’m inspired to do new things.”

Rothenberg’s made a name for herself doing new things both in Houston and in New York. She’s incorporated multimedia effects into instrumental performances and designed shows from scratch, linking ideas and musical compositions into a dynamic story. For the last six years, she’s successfully straddled working and playing in New York and Houston. She finds the audience to be different in each place, but loves the relationship that Houston audiences have with their arts organizations.

“In Houston, the arts scene is wonderfully overlapped with the social and artistic aspects of life,” she explains. “And here the audience becomes engaged and part of the organization it supports in a way that doesn’t happen in other places.”

Summers concurs and says also that Houston’s arts scene has evolved dramatically over the last three decades, and he’s enjoyed being a part of it. When we spoke, he was conducting La Boheme in Los Angeles, a city he says has something in common with Houston in that L.A. was once derided as being devoid of culture and now it’s seen as an arts-mecca. He says Houston knows a lot about that feeling.

Sarah Rothenberg and Marilyn Nonken have performed throughout the world with some of the world’s leading ensembles and at prominent venues ranging from Lincoln Center, The Gilmore Festival, Miller Theater and others.
COURTESY OF DACAMERA.

“Visitors to Houston are always surprised by its visual and performing arts worlds,” he says. That’s not news to Dirst, who notes that when he’s played abroad, he’s often had to dispel the myth of Texas like the1980s TV show Dallas. “Over the years,” he says, “as national and worldwide audiences have had more exposure to the talent and innovation coming out of Houston, the opinion about the city has changed.”

“I’ve always tried to be an ambassador for Houston,” he says. “And the more people that learn about what we have here, the more we’re viewed as a place for the arts.”

All three talk about how presenting their classical works in ways that audiences will accept is vital to the survival of their organizations. While they note that statement would be true anywhere, in Houston, the audience’s expectations for something familiar is tempered with the trust audiences have that their beloved arts groups will also show them something new.

“Every locale has its own audience,” explains Dirst. “And each one has different experiences and knowledge bases.” “American audiences are very sophisticated,” emphasizes Summers, “but sometimes they are also more conservative about what they’re seeing.” Loosely translated, he says that his opera audiences in Houston expect a performance to look and sound a certain way, so offering up something completely avant-garde might not work.

Still, they all find that Houston is always willing to embrace its performing artists with the same excitement and spirit the city has shown to its entrepreneurs.

“Houston is a remarkably collaborative city,” says Rothenberg. “New York is concerned about exclusivity and there is so much more competition there. People here connect with our arts groups, and there is a real sense of community.”

That support has allowed the three of them to not only build their audience bases, but has supplied a foundation on which all of Houston’s arts organizations can thrive.

“In Houston, as an artist, you feel like you’re contributing to the construction of the city,” says Rothenberg. “Houston’s identity is always in a state of becoming.”

–HOLLY BERETTO
Holly Beretto writes about food, travel and the arts for local and regional magazines. You’ll see her at the opera.