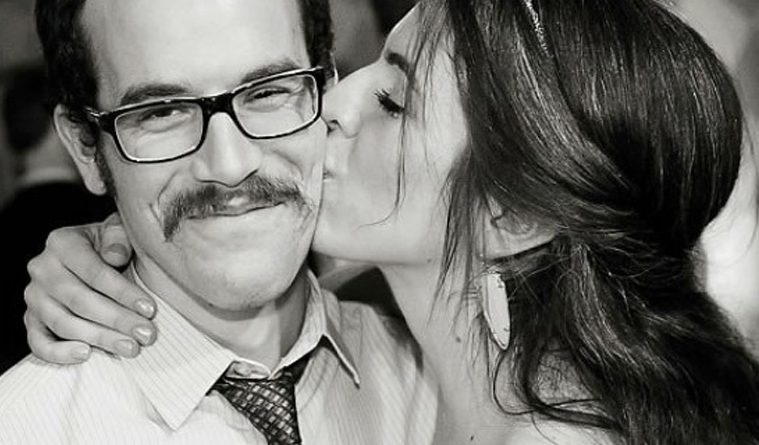 Love is in the Cards: Linda Phenix Returns to Theatre LaB Houston for 52 Pick Up 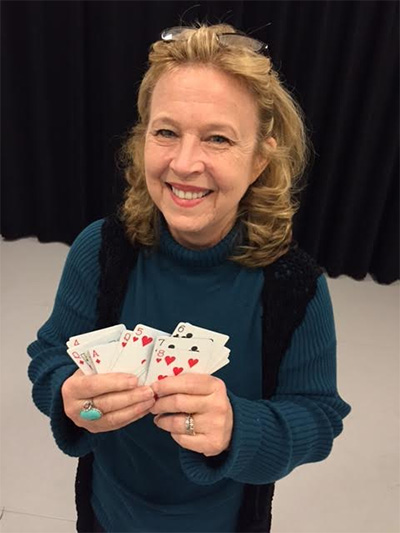 Linda Phenix returns to directing with the Theatre LaB Houston production of TJ Dawe and Rita Bozi’s romantic comedy of chance, 52 Pick-Up, featuring Houston acting couple, Robin Van Zandt and James Monaghan, Feb. 5-28 at the MATCH.  Like the name of the card game, 52 Pick-Up involves the actors throwing the cards into the air to determine the order of the scenes.

I was overjoyed to see your name back in the directing chair at Theater LaB, especially since their move and new momentum at the MATCH. What got you back?

Thanks! I am so excited for Theater LaB Houston, now in its 23rd season and stationed at the fabulous MATCH facility. I am thrilled to be back at TLH this season working with Gerald LaBita, TLH’s Producing Artistic Director and Founder, and the fabulous team for 52 Pick-up. What got me back? An invitation from Gerald, the play, two stellar actors and a top notch production team.

Talk about the chance element.

I was especially drawn to the play and the “chance” component that has the actors playing 52 scenes in a random order, so every performance is unique.  I thought it would be wonderfully terrifying to direct this play. The rehearsal process has been so thoroughly enjoyable, and I want to mention that in addition to actors Robin Van Zandt and James Monaghan, this production has Mark Lewis on board with lighting design, Scott Lupton is the Assistant Director, and J.T. Hearn is providing technical support. 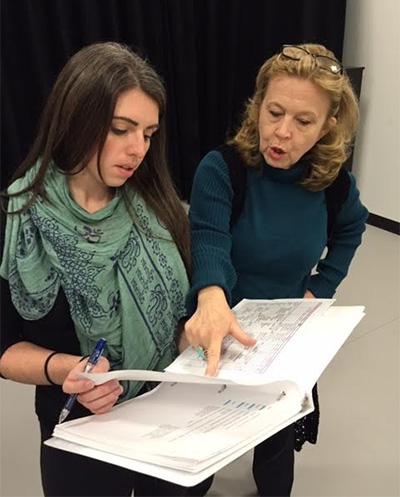 I’ve always appreciated your directing style because it’s so active. 52 scenes sounds like a lot of action. What are the challenges in this piece?

You are correct that 52 scenes call for a lot of action. But, then romantic relationships tend to be active and complicated, with the various stages from the early on giddiness to differences that crop up over time when two people know each other well. There are so many twists and turns in a romantic relationship between two young adults. There are a number of challenges to this play. One prominent one for me was that while there are titles for each scene, many of the scenes don’t identify a location. We created “domains” for the characters and various scenes.

So in rehearsal you must have a different play each time. Is that fun or weird?

I would say it is fun, intriguing and very entertaining. Each time the actors run all the scenes in a random order, I am amazed at how the story stays intact and unfolds in an interesting way.

Usually plays rely on some kind of dramatic arc. Here it’s up to chance, what then becomes the structure?

I can’t speak for what the playwrights TJ Dawe and Rita Bozi had in mind. But, I can say that for me there is a structure that emerges with each performance. There is a sense of connective tissue. The scenes connect; the story emerges no matter the order of the scenes. Part of that has to do with recurring references. Our two fine actors, Robin Van Zandt and James Monaghan, are also very adept at playing a scene a bit differently based on the kind of scene that comes before.

Love is complicated. Does the show leave us with a different feeling about the future of this couple depending on the order?

Yes. I certainly think we will wonder about the future of this couple as this is one of those shows that can generate discussion on the car ride home. We are having discussions now during the rehearsal process. Everyone is weighing in on what happened to the couple. 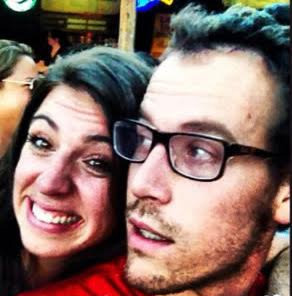 You have a real couple in Van Zandt and Monaghan. How does that thicken the plot?

Robin and James are wonderful. The chemistry between them is playful and sexy. They are both gifted comedic and dramatic actors, and are bringing amazing things to this play. As a couple, I can only imagine that they have had some very interesting conversations at home as they prepare for rehearsals. I have to say that they are so excited about this play. They met four years ago when both were cast in the same production, but this is the first time they have acted together since.

Will we leave understanding the anatomy of relationship?

Audience members will relate to this relationship. Even though we are all different, there are commonalities in all romantic relationships. Human nature is recognizable, and when it comes to love, human beings can be emotional, irrational and hilarious.