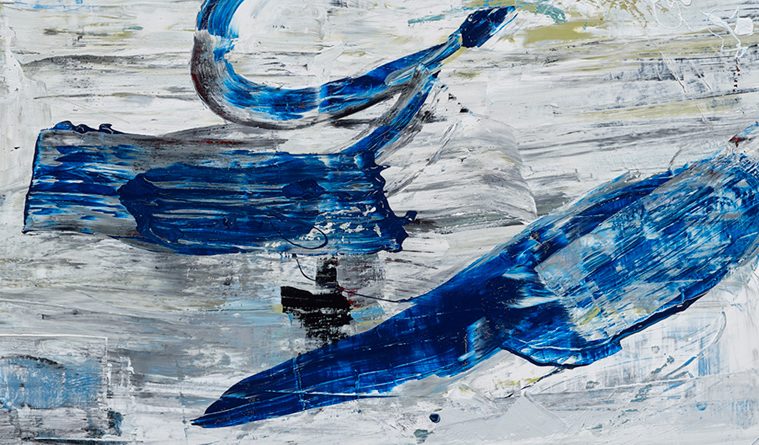 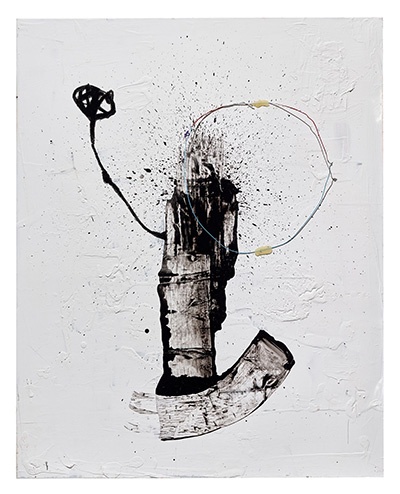 The mucky brown waters had barely begun to recede when artist David McGee’s mother reminded him of the title of his upcoming exhibition at Houston’s Texas Gallery. The show’s uncanny moniker, Urban Dread and the Complications of Water, had been decided well before the unprecedented torrents of a massive storm called Harvey. The painter decided to go with it.

“Creative people are in tune with things,” he mused. Urban Dread… is not, after all, a quickly-dashed-off response to the events of the past month, but rather a many-years-long “odyssey” of sorts for the artist. “This new work is something I’ve planned for about three years, but it’s really more like 20.” Houston will see two McGee exhibitions this fall: first, this daring break with the figurative work for which he is well known, on view through Oct. 21; the second, a 20-year retrospective at the Houston Museum of African American Culture curated by fellow artist Benito Huerta, Nov. 4, 2017 through Jan. 12, 2018.

At his mercifully unscathed studio near downtown Houston, McGee described the impetus for his painterly transformation, his thoughts on the state of our current political situation, and his deep affinity with films and books.

McGee’s status as a bibliophile is almost immediately evident. He quotes Homer, Nietzsche, and Shelley as though they were friends he had over to a dinner party last week. One gets the sense when speaking to him that a person in the company of good books is never truly alone.  But the solace of great art is not the same thing as “the public.” He makes a point of mentally separating his painting practice from any preconceptions about what kind of reaction the work might elicit. “I don’t have the audience in my studio when I’m making my work,” he says. “That’s too much drama.”

To make this latest body of paintings, a series of striking black and white abstractions which are both intimate and monolithic, the artist needed distance. He removed himself from the city’s constant hum to the relative quiet of Bolivar. “I suffer from a severe case of racing thoughts,” he laughs. “I wanted to be without T.V. and radio.” 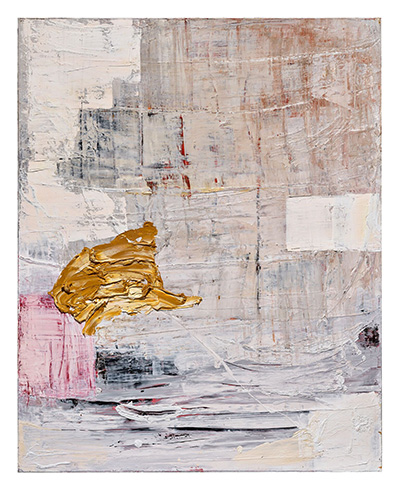 He made the paintings from a series of notes rather than a traditional artist’s sketchbook. “I’ve learned more about painting structure and emotional weight from films,” he states. This is evident especially in his process, which he admits is more like “a person who makes screenplays. I write everything down, I take notes. Then I take the pages and paint from the notes.” It’s a way of planning for the painting without expending any of the freshness of the image, which he will execute only once.

This directness lends McGee’s watercolor works (a medium which in other hands can feel tentative) an almost startling confidence. He explains that unlike film or literature, painting is experienced completely and all at once by the viewer. The primary difference is “[painters] have to get all of our emotional weight within the square,” he says.

For the kind of image that will deliver that level of gravitas, McGee has a keen barometer, and the ability to hone, sometimes over a period of years, just the right single-frame drama. An impromptu viewing of Barnett Newman’s Stations of the Cross was the germ of the idea for Urban Dread and the Complications of Water. Newman’s black and white striations were deeply unsettling to the artist, although he wasn’t altogether clear why.

“I figured it out years later,” he says “driving through River Oaks with an African-American friend of mine, being followed by a black-and-white police car. He was incensed.” The near-Pavlovian depth of his psychic disturbance in relation to the repeating bands of black and white in the rear view mirror struck him as a revelation. The contrasting tones were a gut-punch, vibrating at a level deeper than intellectual aesthetic experience, and it was something he felt compelled to mirror. He explains, “An abstract painting can do the same thing as figurative work.”

For McGee, both modes of working lend themselves to an experience that counters our increasingly screen-driven way of life. Painting, both the act and the reception of that act, happen in the realm of the real. It’s a slower pace that uses bodily experience to slow down the frenzy of the contemporary mind. “That kind of tactile experience is frowned upon…it requires the viewer to calm down.” He eschews the idea that everyone should immediately “understand” this work. “I don’t think any art is about ‘getting.’ I like poetry because I don’t go into it thinking I need to ‘get’ it.” 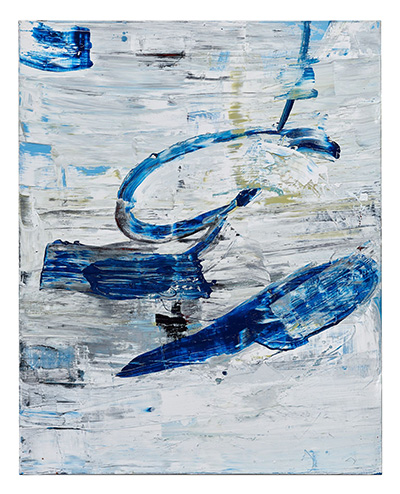 But in the wake of this latest natural disaster, he sees a role for art. “I saw that after 9/11. Art came back quickly.” That said, McGee paints with a healthy sense of abandon. “Paint is colored dirt on canvas,” he says. With that “colored dirt” David McGee seeks nothing less than total truth. “I just want to make something good and meaningful, just like the artists I love.”

He acknowledges that his formal shift will be “complicated for people who follow [his] work,” but shrugs, “I’m always talking about the same things–[about] what it is to be human. Everything is political, everybody’s searching for identity.”