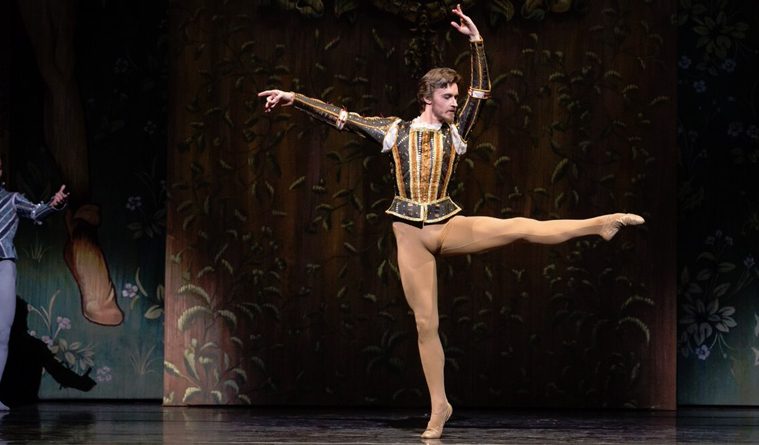 Moving Up: A Conversation with Houston Ballet’s Jared Matthews

Promotions are always exciting at Houston Ballet. You never know when they are going to happen, and when they do, we know they are smart decisions by Artistic Director Stanton Welch, who promoted Houston native Jared Matthews to the rank of principal dancer after his stunning performance as Lucentio in John Cranko’s The Taming of the Shrew on June 20. “Jared has proven to be of principal caliber time and time again this season. As a member of Houston Ballet, he has tackled a variety of lead roles and given technically thrilling and deeply moving, nuanced performances,” said Welch. Prior to Houston Ballet, Matthews was a soloist at American Ballet Theatre. A + C editor in chief Nancy Wozny visited with Matthews on the occasion of his promotion. 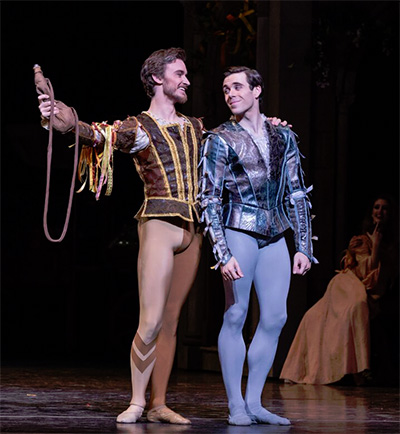 First off, congratulations on your promotion. How did it feel from where you were standing?

The way Stanton promotes dancers to principal on stage is very special. There are not many companies in the world that do it that. It was an experience that I will never forget.

You have had a great first season with Houston Ballet. I’m wondering if there was one moment or role when you felt as if you had truly arrived and why?

All the repertory from the season was wonderful. Dancing the role of Romeo was a big deal for me. I have danced the role of Benvolio and Mercutio many times, but never Romeo. I thought it was a role that would suit me, and I feel I had something to offer in portraying this role. I feel the shows went very well. And I thought I was able to show the Houston audience what I am capable of.

How would you say your dance life as chanced since leaving ABT?

Houston Ballet has the longest contract in America. So for me, that was a lot more weeks of being in the studio than I was used to. And that was an adjustment. I always joked that I have rehearsed more this past season than my previous five. But ultimately this is a good thing. I want to work and dance is much as possible until I have to stop.

When you think of the rep, how is it a fit for your considerable talents?

I cannot talk enough about how wonderful the rep is for Houston Ballet. There is such a diverse mix between the classical full-length repertory, new creations, and neoclassical contemporary work. I feel with my experiences at ABT, I am able to bring a different perspective to this repertory. 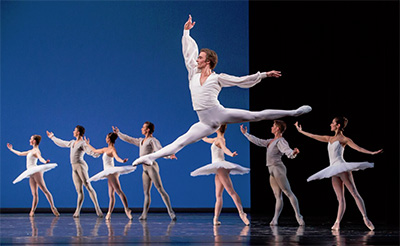 You trained with Vickie Vittum and Gilbert Rome, two people dear to me and to many who danced in Northwest Houston. What gifts did you get from them early in your career that set you off on a path to success?

They are two fantastic people, teachers, and now friends. One of the best things they did for me when I first started ballet was to challenge me. and put me in classes that were more advanced than what I was capable of at that time. That challenged me and forced me to work harder to catch up to the other dancers.

You moved here with your lovely partner Yuriko Kajiya. How did you convince her to move to Houston?

I did not actually need to convince her to move to Houston. For us, it was all about finding the right company that fit us. It honestly was not about Houston at all. It just so happens that we think one of the best companies for us is in Houston. We also have known Stanton for a long time. Ultimately, Houston Ballet is doing all the things that we want to be a part of. 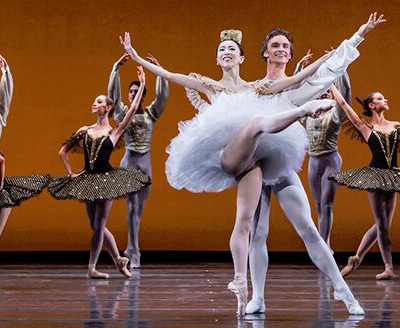 How has it been to be dancing on home turf?

It has been wonderful. I have been able to reconnect with people and have friends and family see me perform that have not seen me since I moved to New York. Ballet is a performing art. And there is gratification from sharing what we do on stage for the public. But it is more special to share that with people you have grown up with and have known your whole life.

What’s exciting about next season for you?

Once again, next year’s repertory is great. I hate to keep saying the same thing over and over, but as a dancer, what you dance and what roles you dance are extremely important to the progression of your career and yourself as an artist. All of the full lengths are great. It is especially exciting to have Roberta Guidi di Bagno design the new Giselle with Stanton. I think this past season Romeo and Juliet was a big success. Not only from a choreographic standpoint, but a production one as well. I think the same magic will happen with this new production of Giselle. And to have Serenade in the rep is exciting. It is a stunningly beautiful ballet. I’m very much looking forward to hearing that music every day in the studios.