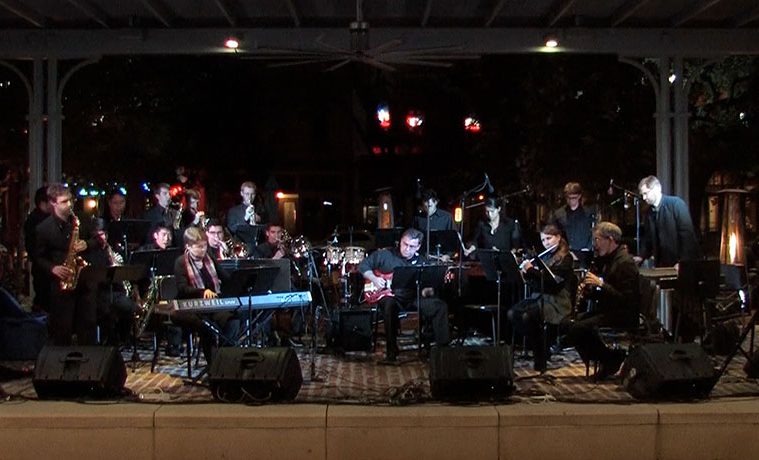 It’s autumn in Houston, and Market Square Park’s fountain is glowing in the twilight. The nearby Clock Tower observes lively crowds gathering on the grass: friends, couples, and families spread cozy blankets and flip open lawn chairs. Musiqa, the city’s premier presenter of contemporary music, is about to take the plaza stage. The evening of music on Nov. 8 under the city skies will include works for saxophone and percussion quartets by some of today’s most exciting composers, including Steve Reich, Julia Wolfe, Steve Mackey, and Rob Patterson, plus a premiere by Musiqa’s first Composer Intern, Charles Halka.

Musiqa’s history includes more than a decade of unflinching commitment to presenting new chamber works, partnering with kindred Houston arts groups to create boundary-defying, multidisciplinary performances, and reaching into every corner of Houston’s communities to expand music education for children. Musiqa’s numerous awards include grants from the National Endowment for the Arts, and most recently, the 2013 Chamber Music America/American Society of Composers, Authors and Publishers Award for Adventurous Programming. 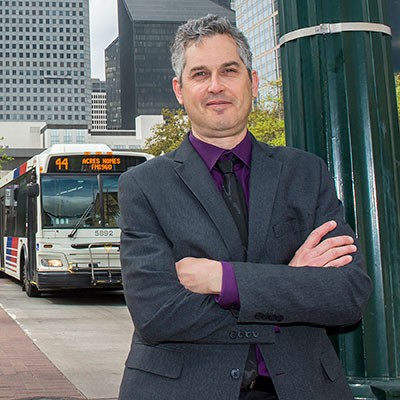 Anthony Brandt, Musiqa’s artistic director, speaks with excitement about the ensemble’s mission and the plain old fun of experiencing live music under the stars. “When we go to the ballpark, we don’t know how the game is going to turn out: win or lose, we’re happy for the thrills and excitement,” says Brandt. “One of Musiqa’s goals is to make not knowing what’s going to happen at our concert at least as involving, engaging and fun as knowing. One of the ways to encourage audiences to take that risk is to take the music straight to the people. The music we’ve programmed for our Market Square concert is dynamic, colorful and expressive, and will speak beautifully in the open air. Who would want to miss the opportunity to experience some great new music for free in beautiful Market Square Park?”

“With round-the-clock news and social media, we feel like we’re in touch with what’s happening right now virtually anywhere in the world. Yet, viewed on a computer and television screen, that experience is often two-dimensional,” says Brandt. “Live opera is a way of making it three-dimensional: it brings vital contemporary issues to life with greater immediacy and emotional engagement. I’m particularly a big fan of chamber opera: because of its intimacy, it offers the chance to bring audiences up close to characters and story. Ulysses, Home is about the personal toll of the battlefield. Neena’s libretto traces a soldier’s unraveling as he returns to his wife but is not able to silence the sounds of war.”

Musiqa will also continue its collaboration with NobleMotion Dance, a contemporary company that fuses movement, theater, and technology in unique ways. Brandt speaks about the impetus behind Musiqa’s collaborative projects: “Musiqa’s Artistic Board realized that classical music lovers alone would not sustain us; we needed to reach out to audiences interested in other cutting edge art. These inter-disciplinary programs help to create a broader context for contemporary music and make for very memorable and unique evenings in the concert hall.”

It might be said that Musiqa’s heart and soul is its outstanding, nationally acclaimed music education program. Musiqa has expanded its programming to serve approximately six thousand students and teachers per year, all at no cost to the participants. Over the last decade-plus, Musiqa’s vision of education and community engagement has evolved to include interactive performances, hands-on music education with elementary school children, and groundbreaking residences at underprivileged high schools.

“What we’ve learned most of all is how important arts exposure is to children. In 2011, the National Endowment for the Arts published a study showing that, nationally, three out of four minority students do not have any access to arts education in their schooling,” explains Brandt.

With a season offering a broad scope of programming—from innovative instrumental works and new chamber opera, to film and dance collaborations, each presented in venues ranging from Market Square Park to Zilkha Hall—Musiqa has truly made it their passion to bring new music and new art directly to the diverse communities of Houston.