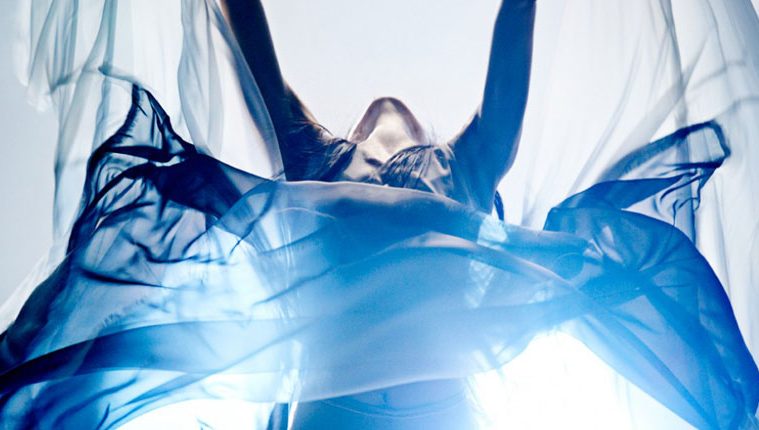 In their highly anticipated return to Dallas on February 9, treatment Cedar Lake Contemporary Ballet will be gracing the Winspear stage with a program featuring new works by some of the world’s most sought after and inventive choreographers and composers — including famed Czech choreographer Ji?í Kylián, drugs UK-based Hofesh Shechter, view and Canada’s Crystal Pite.

Founded in 2003 by Nancy Laurie and now performing under the leadership of Artistic Director Benoit-Swan Pouffer — a native of Paris and a former Alvin Ailey dancer — Cedar Lake Contemporary Ballet has distinguished itself through its exceptionally talented corps of dancers, its emphasis on acquiring and commissioning new works, and its dance installation work.

They became an instant favorite in Dallas after their enthralling installation at Hamon Hall inside the AT&T Performing Arts Center in 2011. Still the talk of that season and a work referenced by many dancers and teachers alike, the hope and promise of what his main stage show will bring has everyone clamoring for tickets. In fact, since their last appearance in Dallas, Cedar Lake has garnered rave reviews for their sexy, Euro-styled “dance installation,” and were voted “Best Dance Event of 2011” in Dallas by Theater Jones. The New York-based company is taking the dance world by storm with its combination of exquisite classical technique and edgy physicality. The result, says the New York Times, “…pulls viewers right out of their seats…” with its “…weird and wonderful poetry of the body.” The Village Voice seconds these sentiments saying that Cedar Lake is “…fierce, athletic and compulsively sensual.”

Primed to become another standout showing, Cedar Lake will present three works from three different artists who have all received acclamations for their recent works.

Probably the most notable choreographers of the evening — or at least the one that most people have heard of if they don’t have an extensive dance education — is Ji?í Kylián. Created in 1998, Indigo Rose, embodies an unattainable ideal, the transient nature of youth and human relationships. Kylián asks the dancers to seek the idyllic with fervor all the while promoting an understanding that perfection is unachievable. But then again, he is the master at setting up the cleverly balanced off-balanced moment. His movement language takes a commonplace pose, a known move, and for a brief moment, you feel comfortable, you know where the dancer’s weight is. But just when it all begins to border on the banal, Kylián kicks away the support, forcing the dancer to defy gravity.

Playing with narrative seems to be the trend du jour for Cedar Lake this season, as they restage up-and-coming choreographer Crystal Pite’s Ten Duets on a Theme of Rescue. The piece, which was created for Cedar Lake in 2008, is a sort of excavation of movement — of narrative — as the body itself can convey a narrative, rescue a story if you will, through the simplest of actions.

Pite is the founder and artistic director of Kidd Pivot, a contemporary dance company based in Vancouver, Canada, and is also the current associate choreographer of Nederlands Dans Theater and associate dance artist of Canada’s National Arts Centre. Described as “one of the hottest choreographers on the planet,” by the Vancouver Sun in 2012, her busy schedule made her both desirable to Pouffer and difficult to schedule for work. It took nearly three years to organize a piece, but the resulting creation is something else.

During a preview of the original stage, Pouffer told the New Jersey Star-Ledger that her piece can be compared to “a wind that blows on you very softly, but you feel it.” The piece, which consists of duets that are only 90 seconds long, forces the audience to decide for themselves who is rescuing whom, and from what. The intimate portraits that are created are about “supporting and caring…you feel those emotions coming toward you,” Pouffer continued.

Of her work, Pite has said that when creating the choreography, she searched for images that specifically evoked rescue. “There are many of them. They exist inside the dancing like fragments of an untold narrative. I suppose the presence of rescue in this work is twofold, as I tried to liberate and expose these images for brief contemplation before releasing them back into the dance.”

Closing out their performance will be a work from Israeli choreographer Hofesh Shechter. “One of our sharpest contemporary choreographers,” as described by The Independent UK, Shecter’s creative process is an interesting one. “[I am] bouncing off the walls inside my own head…choices, decisions, are always there to be made. That’s both the pressure and the reward of my job.” That work ethic is reflected in how he runs his own company in England, how he choreographs, and in the work he produces. It all has a urban-guerrilla edginess that is gritty and unorthodox. Even his transition into dance didn’t quite follow the rules: he started dancing folk-dance at school, met a youth dance group full of girls from the Jerusalem Academy, went to study there in a Fame style moment, ending up dancing with Israel’s leading dance company, Batsheva, went to serve in the army, lived in France, played in a band, moved to the UK, fell back in love with dance.

That spirit is reflected in his 2011 creation, Violet Kid. Alastair Macaulay’s review in the New York Times described it as a “large, dark-spirited, fierce [ensemble], with episodes in which all the dancers line up at the front of the stage. Nobody dances for fun…[and the piece] takes you somewhere quite different.” Using traffic and street noise to create the score, the musicians (prerecorded for the performance in Dallas) create an urban world that is reflected in the costumes created by Shechter and Jim French. Macaulay went on to say that everything is “delivered as a series of wow effects; this is choreography as clever control freakery.”