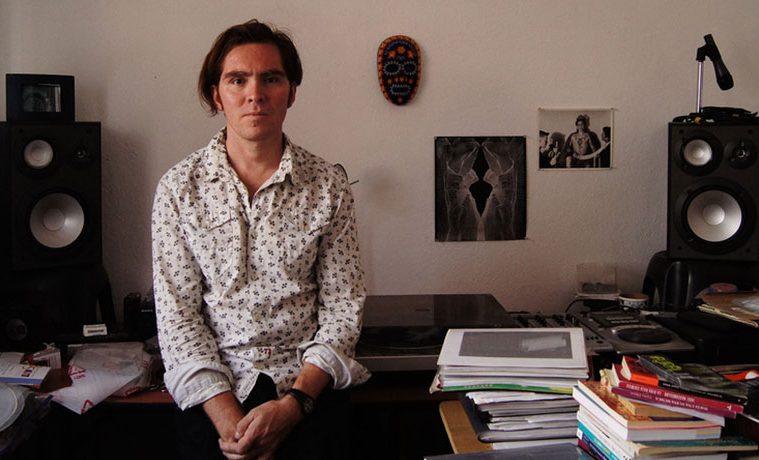 IMAGE ABOVE: Carlos Prieto. Image courtesy of the artist. 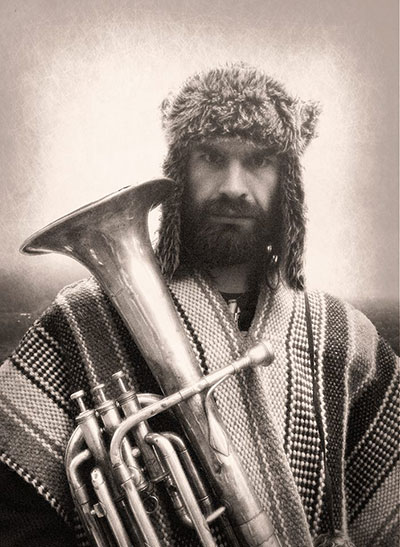 For the uninitiated, No Idea is a four-day festival of improvised music and performance art under the direction of Chris Cogburn, who divides his time equally between Mexico City and Austin, TX. Many of No Idea’s performers hail from Mexico City, which fosters a vibrant improvised music scene. According to writer Carlos Prieto, the scene in Mexico City was born out of a fusion of jazz, music accompanying dance and theater, academic avant-garde and punk rock. The movement’s forebears were reacting against the romantic ideas of the composer and the notion of the author as genius.

“Part of what makes this festival original is Chris Cogburn’s proposed collaborations between artists who have not played together before,” said dancer Julie Nathanielsz. It was almost romantic to hear the performers come to know each other sonically and move through stages of discord, harmony and silence together.

The Texas improvised music community meshed well with the Mexico City community thanks to Cogburn’s pairings. Free improvisation is very much alive and well in Texas, especially in Houston, thanks to David Dove’s Nameless Sound. Sandy Ewen and Juan Garcia played with Dove’s program for young improvisers years ago. “The improvised music community here in Houston is strong,” said Ewen. “It’s great to have all the Mexican performers visit. It’s fantastic that we have a healthy exchange of ideas and opportunities between our cities.” 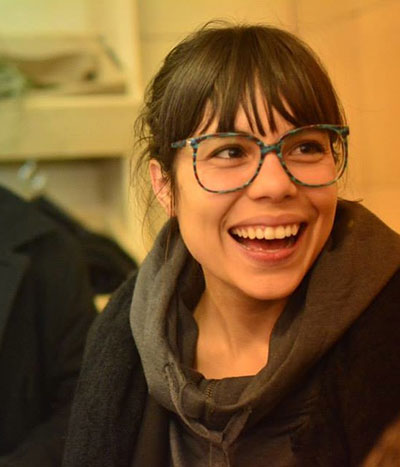 No Idea eschews the trappings of the standard music festival model for intimacy. The audiences were small, inviting and devoid of pretension. The homemade Tito’s Vodka infusions, crafted by organizer Brittany McFalls, also contributed to the warm atmosphere.

To play and listen to improvised music requires an accepting ear, which, I believe, puts everyone in a very friendly mood. “Free improv[isation] communities, in general, are extremely supportive and inclusive,” said Steve Parker, trombonist and director of Soundspace. “Austin is certainly no exception.” Parker is currently organizing Soundspace: Downtown NYC 1960, featuring works by La Monte Young, Steve Reich and Philip Glass on April 27 at the Blanton Museum of Art.

Opening night took place in the Nice-N-Clean car wash in east Austin. The space was cozy and small enough to hear every tiny noise. Subsequent Austin performances were held in the expansive Museum of Human Achievement, an east Austin warehouse, which previously housed a sex toy manufacturer. The Museum of Human Achievement space was large enough for large ensemble performances to meld into one sound.

One major theme recurring throughout performances was exploration of the cusp of audible sound. Try singing in a very soft falsetto and slowly engaging your vocal cords.  The cusp of which I speak is the timbre found on the threshold of audibility. Christina Carter and Ryan Edwards opened their set with a vocal duet that skated along the audible cusp in long, soft drones that drifted in and out of harmony. That same evening, Gudinni Cortina, while playing with Cogburn and Garcia, similarly explored electronic sounds so soft and distant that they invite the ear to be less musically discerning. Nathanielsz applies a similar approach to her choreography, exploring “sensation at the body’s edge as it crisps into gesture.” 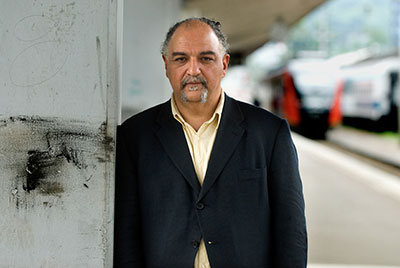 Guitarist Kurt Newman stood out by approaching his instrument in a traditional fashion, which is not to say that the sounds that came out were not traditional, but only that he held his historic Epiphone with care. Everyone else seemed far more interested in approaching their instruments through alternative means. Misha Marks bellowed into a saxophone mouthpiece connected to a euphonium that he was using as a slide on his cigar-box guitar, meanwhile Austin-based Jonathan Horne played his sax into his pickups. Perhaps the No Idea ethic (if there is one) could be summed up in a moment in which Damon Smith nestled a bow in between the strings of his bass, then played that bow with a second bow.

There is a certain face that free improvisers adopt that shows that they are listening very intently to one another. Clown Aaron Tucker listened with the same focus and concentration, but, given his profession, wore a number of different faces. Tucker improvised alongside Cogburn, Newman and Garcia and, like Nathaliesz before him, explored the limits of group improvisation across artistic mediums. Newman’s eyes, like the rest of us, were glued to Tucker, who physically responded to their musical gestures. 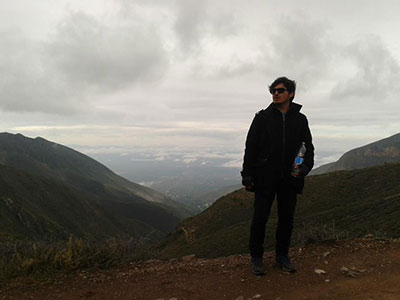 Midway through the performance, Marks and Bonnie Jones began to make little noises that spread throughout the audience. The musicians continued playing, but left gaps to be filled in by the spontaneous group percussion. It eventually fizzled out, but while it lasted I vividly recall everyone smiling ear-to-ear, so happy to participate. It was one of those rare Dionysian, faith-in-art restoring moments that can only be summoned when we relinquish control over our work and let listening guide our hands.