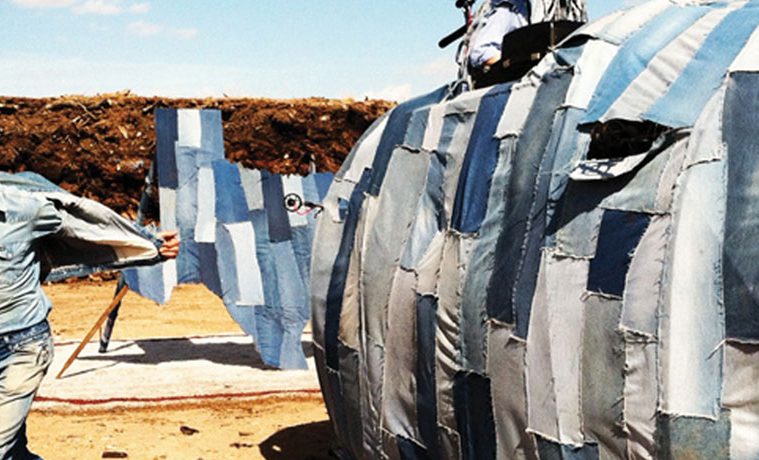 The Idea Fund Ramps Up Again

Some people say ideas are a dime a dozen.

The Idea Fund says they are $3,500 each and, with help from a special initiative of The Andy Warhol Foundation for the Visual Arts, it is putting that money directly into the hands of Texas artists. As a result, some of the state’s most provocative or otherwise unexpected imaginings are being made real.

Upon completion of a straightforward, nonintimidating application, Idea Fund grantees are awarded $3000; upon submission a simple final report, they are eligible for an additional $500 of seed money award to help fund their next project. 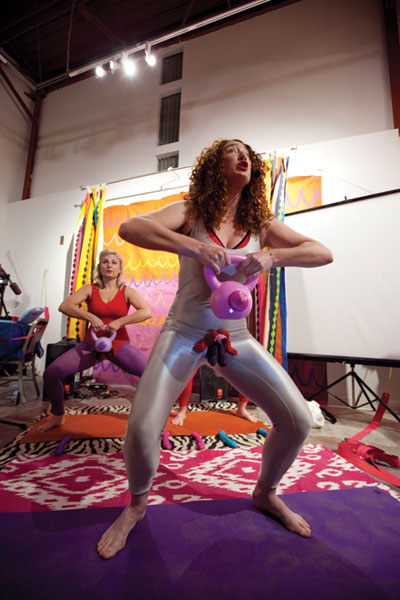 This year’s Idea Fund deadline is October 25, but take note: stereotypical studio-bound artists — as well as prim and proper 501(c)3 non-profit organizations — are not eligible to apply. This grant is geared toward artists and arts groups who don’t fit into a neat, clean category and who engage the public in one way or another. Even past grantees are eligible to apply again, with some restrictions.

“The Idea Fund is meant for those artists, curators, performers, collectives or collaborations who are working outside of traditional practices,” says Mary Magsamen, curator of Aurora Picture Show. Along with Aurora, DiverseWorks Art Space and Project Row Houses administer The Idea Fund from Houston. The grant-deciding panel includes jurors from outside of Texas as well as a past Idea Fund recipient.

But why focus on funding non-traditional artists and unconventional projects here in Texas?

Magsamen says that many of the artists who apply to The Idea Fund are new to the art world; this grant gives them rare financial support to make new and experimental artworks. In addition, The Idea Fund provides artists with practical support —an element that is often lacking within a traditional granting program.

Rachel Cook, DiverseWorks assistant curator who provides guidance for The Idea Fund recipients in terms of project focus, development, and budget spending, explains that these ideas can’t have been funded elsewhere. In this way, The Idea Fund is vying for Texas to be at the forefront of supporting and creating experiential, educational, publicly-engaged, participatory art-making (a method of art production often dubbed “social practice”).

For example, Houston artist and writer Carrie Schneider received a 2012 Idea Fund grant to augment her existing project Hear Our Houston, an online hub of city-wide, public-generated audio walking tours. She explains that Hear Our Houston is “legible to folks without ever calling it art,” which meant that the project was accessible to an audience outside of the gallery, something that The Idea Fund favors. Anyone can download the recorded tours, for free, and retrace the tour maker’s steps.

“I think the Idea Fund is the only local funding source that actually knows about and lists ‘social practice’ as something they support,” she says. Schnieder’s Idea Fund grant resulted in several new tours including that of foraging for wild edibles, the Houston Argentine tango scene, mixtapes from 200 students, and more. Another Houston artist, Roger Hodge, received a 2013 Idea Fund to create The Beauty Box in the city’s Third Ward neighborhood. The Beauty Box is an abandoned (and partly demolished) building-turnedinstallation space where films, artist talks, and concerts are free to the community. Hodge says The Idea Fund allowed him and his collaborator Philip Pyle to move “beyond the canvas” in order to develop alternative art practices.

In Dallas, 2012 Idea Fund grantees Scott Gleeson and Dane Larsen presented a series of portable sculptural interventions, student workshops, and exhibitions as part of Manos Negras (LMN), a public art project focused on immigration issues within the community. With their grant, they sought to educate the public about wage theft, worker exploitation, and work-related violence in the state of Texas. 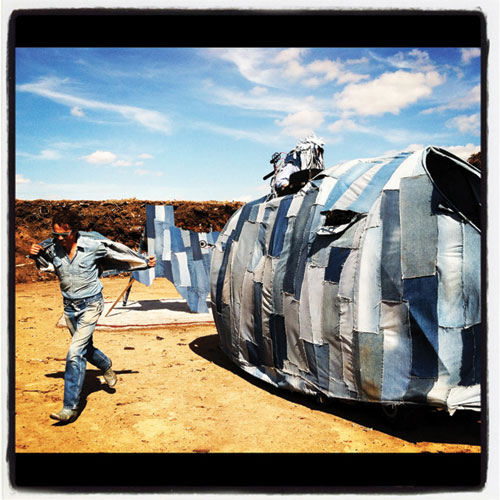 And Andy Rihn created Texas’ Longest Hammer Choir, a 2011 “happening” at an East Austin dirt farm that included the making of a short film and work song. Over 200 people hit hammers together across abandoned railroad tracks, filmed from a custom-made slow-rolling railroad cart that housed the soundtrack musicians, propulsionists, and filmmakers. A curious amount of denim also makes an appearance. These are just a few examples of when, where, and how The Idea Fund has provided opportunities for Texas artists to change our perceptions of what art can be. And that is always a good idea.