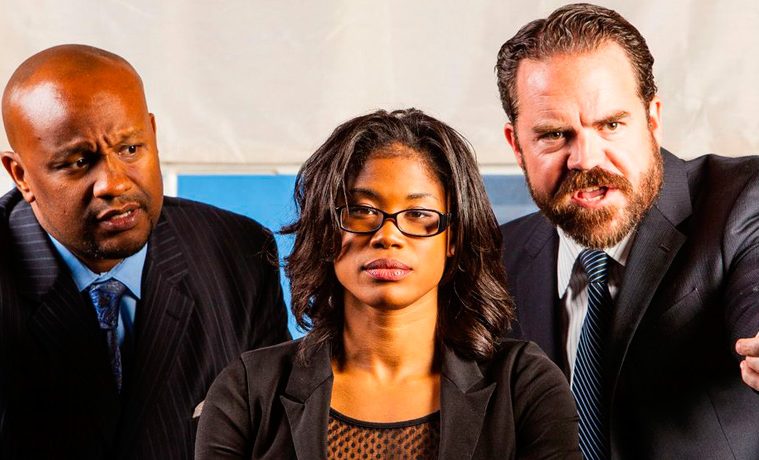 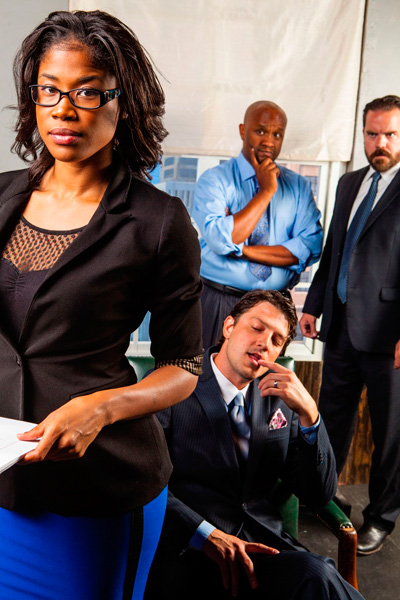 David Mamet writes great debates. His characters navigate the twists and turns of a well-formed argument, deflating weaker points, inflating new ideas, poking holes in meaning, until finally the play ends, at which point the audience is left defeated.  This is how I found myself on a Thursday evening, straggling out of Kitchen Dog Theater with the other weary theatergoers, feeling as though I was the one being lawyered on the subject of Race.

Playing in the black box space at the McKinney Avenue Contemporary museum, director Chris Carlos has crafted a tense courtroom drama in a play that never even reaches the judge. Max Hartman and Jamal Gibran Sterling play lawyers faced with the decision to take on a client accused of rape in a celebrity trial. Although this play touches on the politics of the press and the malleability of guilt in rape trials, it is far more interested in the title topic. Mamet wants to talk about race and for 100 minutes, he has a captive audience.

There is a cheeky aloofness to Kitchen Dog’s production of Race. In the first act, the actors adopt an almost stilted way of speaking that unravels as the stakes are raised with each new bit of information. In her role as the firm’s junior, Jaquai Wade is the only actor who sustains a sense of gravitas. She’s engaged in the conversation and pulling the play back down to reality, which makes her character’s twist in the second act doubly compelling. 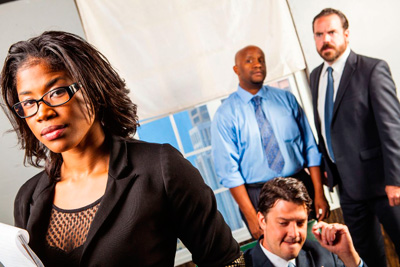 Both Hartman and Sterling hit their stride in the second act, winding through the plot’s twists and turns with eloquent authority.  It’s almost a thrill to watch well-acted Mamet, even as the subject matter grows tiresome. You can see Hartman and Wade thinking, although the audience may not feel the need to do the same. Mamet does the thinking for you.

These conversations are so far steeped into our subconscious that it’s easy to recognize the reality of them, while still feeling removed. Mamet’s play doesn’t say anything new; it doesn’t provide answers. He beats you over the head with the reminder that we are still racists, that life is a constant struggle for power. And that the person in power will always be whoever controls the conversation, whether it’s a lawyer or a reporter, a black man or a white man. Or for 100 minutes on a Thursday night, a playwright.