Rich Aste Reflects on His First Two Years at the McNay 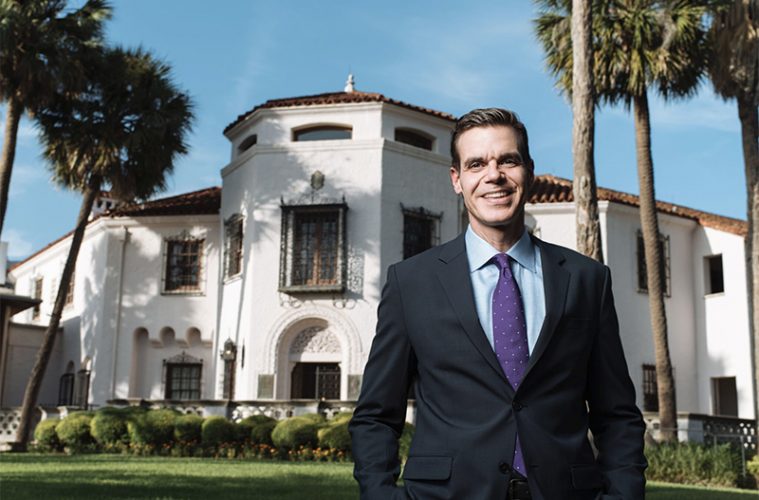 “I arrived with very big ideas,” Rich Aste says, as he surveys his first two years as Director of the McNay Art Museum in San Antonio. “The board hired me to open up the museum, making it even more inclusive, really integrating the museum into the city, (and) helping it become a part of, instead of apart from,” the communities it serves. The perception when he arrived, he was told, was that the museum was too exclusive, a bit too isolated from the city it served. 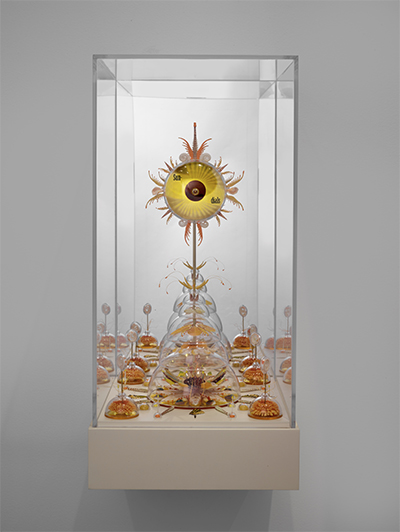 For the first six months of his tenure, Aste met more than 600 people, taking what he calls a “listening tour” of San Antonio. One of his first missions was to reframe the language around the institution. “We use the word ‘safe.’ We went beyond ‘welcoming,’ because welcoming implies that you are a guest. We really wanted to make the McNay home, and home for everyone. There is a power to reflecting our community on our walls and in our galleries. And, in order to feel safe, you need to see yourself at an organization or at a place.”

Trying to invite viewers to find themselves in the collection, Aste initiated a series of new acquisitions and a rehanging of the permanent collection, centering the histories and works of people of color and women, and strengthening the collection of artists from San Antonio. The museum acquired San Antonio native Dario Robleto’s sculpture Sundials, More Loyal to the Moon (2016) after his solo exhibition last year. The work combines Robleto’s longstanding scientific investigations and material interests with his insistence upon curiosity and empathy, qualities which are significant to the museum’s mission.

Among the first acquisitions of Aste’s tenure was a painting by San Antonio native Vincent Valdez. The Strangest Fruit 9 (2013) is a large-scale oil on canvas of two men in a posture that suggests they’ve been hanged, though the rope is left invisible. The series takes its name from the poem “Strange Fruit,” made popular through Billie Holiday’s song of the same title, which references the lynching of black Americans; in his painting, Valdez looks to the often-obscured history of Mexican American lynchings from the early 20th century. “We were looking for what the face of the new direction would look like,” Aste says. “The story behind that series, in particular, is about hidden histories, revealing the stories we were never taught. [Valdez’s] commitment to inclusion, truth, as well as beauty, was very much aligned with our new direction.”

Changes also have been happening within the structure of the museum. Aste invited the education department to sit at the leadership table, giving them an equal voice to the curatorial staff. “Curators think about objects,” Aste says, “and educators think about relationships. That was a sea change here, too, where they felt empowered to have an equal voice.” 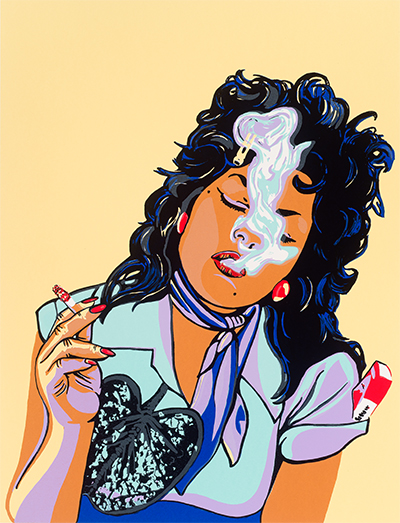 The education department has expanded its bilingual reach, with wall labels, website, and tours in English and Spanish. The department has also developed new docent training: “Our docents have rigorous training in art history,” Aste says, “but we also wanted to emphasize that they have training in cultural competency, where you understand that culture you are speaking to, where you speak at the same level with children (for example), not at them, not over them, but with them. That kind of psychological and social training became as important for our docents as the art historical training.”

Another of Aste’s earliest initiatives was to partner with the newly formed David’s Legacy Foundation, an anti-bullying campaign founded by the family of David Molak. “We wanted to promote the fact that museums are safe, bully-free zones,” Aste says. People asked “Aren’t museums always safe, aren’t schools always safe? I got some good intel from our community that not everyone understood what our kids are navigating at home, at school, and at play. But that first impression for a child coming here is so important – we put a lot of emphasis into making sure that is a very positive experience. That will impact their relationship with the arts for the rest of their lives.”

“We are responsible for creating a visual culture, so when our kids are growing up, they are looking at films, at television, at museums, to see a source of inspiration, of reflection of strength, of empowerment. If they see themselves, then they see they can be here, they are meant to be here, they are safe here.”

Alongside the changes to the museum’s education programs, the institution has also developed extensive exhibition programming to draw new audiences. Under Aste’s direction, it has championed local artists. The 2017 Chuck Ramírez retrospective was the first time the McNay had dedicated a major show to an artist from San Antonio. “We are not only in the business of celebrating Picasso, Monet, and Gauguin, but also we have artists right here that deserve to be featured,” he says. Recent exhibitions of work by Mel Casas and Michael Menchaca sit alongside the reinstalled permanent collections, creating an organic flow between local and international conversations. 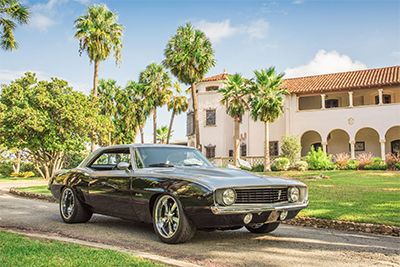 In the spring of 2018, the museum presented its first African American art exhibition in 65 years, Something to Say: 100 Years of African American Art, drawn from the Harriet and Harmon Kelley Collection. Paired with the 30 Americans: Rubell Family Collection from Miami, the response was resounding.

“It’s proven now that people will come when they see themselves represented on our walls,” Aste says. “We were stopped many times throughout the exhibition by members of the African American community, who told me they never thought they would have that kind of representation at the McNay. That was very powerful.”

Aste is aware that commitment to community needs to be more than an occasional exhibition, and so the McNay has acquired works from many of these groundbreaking exhibitions, adding them into the permanent collection’s rotation and making them a part of the museum’s larger, art-historical narratives, literally changing the face of the Modernisms it presents.

In the summer, the museum will host its first show on gender and identity as expressed through outward appearance. The exhibition, Trans America/n, thinks about how gender is a form of identity-making, and it marks the 50th anniversary of the Stonewall Riots.

More immediately, Aste is looking forward to an upcoming exhibition of classic cars and postwar paintings. Called American Dreams, the exhibition pairs painting and cars, thinking about the U.S.’s dominance in both fields after World War II. The exhibition presents 10 classic cars as modern sculpture, reinforcing their connection with Abstract Expressionism and mid-century design.

A simultaneous exhibition of Chicana printmaking, Estampas Chicanas, includes prints from a recent gift to the museum. Los Angeles-based artist, activist, and educator Judy Baca will be at the McNay in March to speak about her founding of the Social and Public Art Resource Center (SPARC) and her involvement with the feminist and Chicano movements. 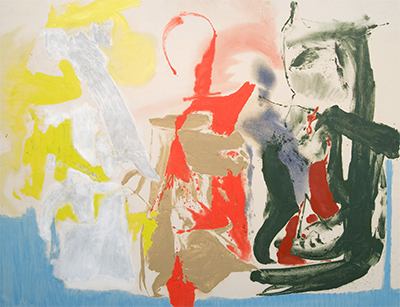 “We were founded by a woman,” Aste says, “We’re always having a moment of yes, of the empowerment of women, it goes back to the beginning for us, it’s embedded in our DNA. It would be irresponsible of us to show a narrative dominated only by white men. In this day and age, with our communities continuing to diversify as they are, it’s on us to reflect who we truly are and what we look like.”

Aste speaks at a quick clip, clearly energized by the museum’s projects, its relationship to San Antonio, and his own exploration of the city, where he’s discovered a love of Mexican food balanced by a bicycling hobby. He and his partner climbed Enchanted Rock for the first time recently. “We navigated cedar fever beautifully, so now we’re officially Texans,” he laughs.

And if nothing else, what does he want you to know about the McNay? “We take great pride in being a center of beauty… Everyone, as life becomes more complicated, deserves more beauty in their lives. Access to beauty is not a privilege: it is a right of every member of our community.”