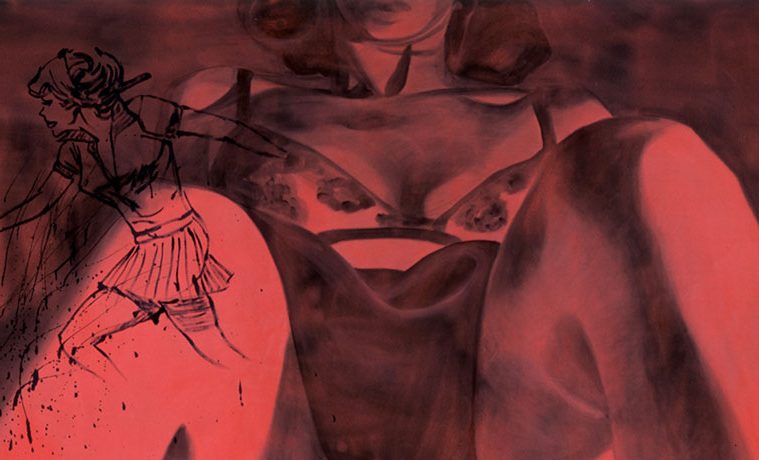 Scene/Seen: Leave the Theory at Home

Writers spend a lot of time discussing the new media landscape. It seems the death of print is always just around the corner.

In the arts-writing world, we seem to spend a lot of time—in addition to the above—mourning the loss of our readers. The Internet has brought into the spotlight what was probably true all along: Very few people read writing and criticism on art.

You know what we don’t talk about nearly as much? What to do about it. 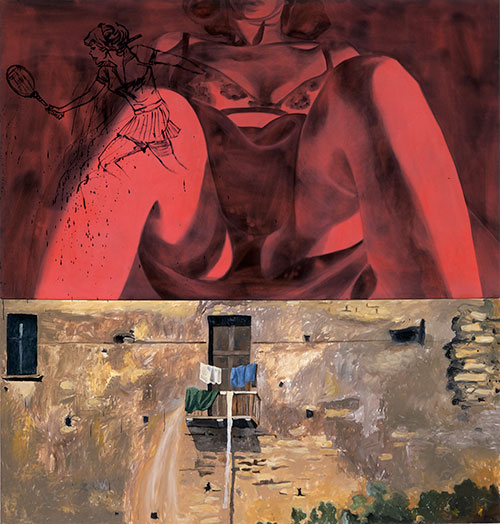 Sure, there are some sneaky ways to entice readers online; I’ve spent plenty of time dissecting the various word combinations that catch the eye of ADD-addled web surfers, but that’s only the first step. Once we get them there, we have to actually hold a reader’s interest for 800 or even 1,000 words, and that’s another thing entirely.

David Salle, a New York-based, Cal Arts-educated,“Pictures Generation” artist, writer and educator, taught a course on arts criticism at the Bruce High Quality Foundation’s Free School last fall. The class, entitled “Leave the Theory at Home – Writing About Art,” was described as  “us(ing) the idea of ‘personality’ as a lens through which to approach recent art.”

P.C. Smith, another artist and writer who enrolled in Salle’s class, recently recounted his thoughts in a story for Art in America. According to Smith, some of the ideas posited by Salle included using characters instead of abstract ideas in arts criticism, developing wit, engaging emotionally with subjects and above all, forging a strong, unique character in writing.

My guess is that Salle is approaching criticism from the perspective of an artist tired of art critics’ self-importance, penchant for showcasing their own erudition, and overwhelming need to assign language to art many artists would rather let speak for itself, but the timing of Smith’s story was fortuitous.

Let me interrupt that thought for a moment to introduce myself: Hi. I’m Jennifer, the new Associate Editor of this monthly arts magazine you’re holding. I’m based in Dallas, providing an Arts+Culture presence in the North Texas area, but hope to spend ample time travelling the state over the next year.

I’m addicted to writing, obsessed with the arts and committed to cultivating a dynamic, multi-level conversation about the whole spectrum of art, from performing to visual and beyond, as I also believe strongly that the definition of what constitutes art will undergo a massive transformation over the next few years.

I’m also someone who has spent years grappling with art criticism and theory and how they might contribute to my generation’s hesitation to engage with contemporary art.

Smith’s story, apart from Salle’s hilarious (and, I would posit, valid) assertion that art critics today do nothing more than spread a blanket of “cheery, gooey approbation over everything” (we’ll leave the conversation on the need for better criticism in Texas for another day), inadvertently sparked another thought.

It is without doubt that the nature of arts writing will have to change, and is already in the process of changing. As the explosion of voices contributing to the conversation online forces critics into competition for readers, it is becoming clear that in the long term, very few voices will survive. Sure, there are some who will always have readers, but the rest of us know that unless we cultivate our audience, and build a new one for serious arts writing, we won’t be around very long.

Salle’s call to leave the theory at the door and write from the gut is something I take seriously as a millennial, as well as a writer, invested in broadening the audience for contemporary art. If you’re already an arts insider, this may not apply to you, but for the vast majority of Texans and Americans, the status quo when it comes to the art world isn’t working. I believe that art can and should enrich everyone’s life. So that’s what you can expect from me and my writing for Arts+Culture Texas, a critical voice  engaged in a concerted effort to maintain a dialogue with the established arts community in Texas while at the same time, expanding our reach.