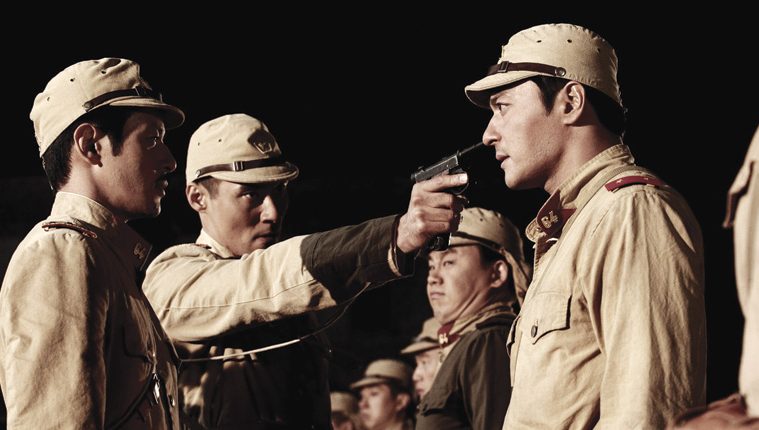 The science fiction action film “Robocop” will be saluted at the festival.

To a film-lover in Dallas, order spring means one thing: the return of the Dallas International Film Festival, and this year marks the sixth anniversary of this highly anticipated — and regarded — event that MovieMaker magazine has called one of the 25 festivals truly “worth the entry fee.”

The Festival is scheduled to screen more than 160 movies from 27 countries between Thursday, April 12 and Sunday, April 22. As exhilarating as this event promises to be, its size and scope can be intimidating, especially for novice festival-goers.

Lee Papert, president of the Dallas Film Society, the producing organization, is actively seeking to demystify the experience for general audiences. First on his list of the most important things DIFF attendees should do is to visit the DFS website, www.DallasFilm.org.

“People can go online and look up what movies are playing, get film synopses and ticket information and more,” he says. The DIFF divides movies into 16 categories or topic areas, including narrative and documentary features, shorts and Texas films. This year the Festival will spotlight South Korean films and directors to honor the growing Korean community.

Says Papert, “We’ll be showing a movie called My Way, directed by the Steven Spielberg of Korea, Kang Je-Gyu. It’s a war film and is as intense and dramatic as anything you might see in Saving Private Ryan.”

“Then there’s Jae Yong Soh and Chang Rae Kim’s Let Me Out, a zombie horror movie about a student filmmaker,” he adds. “We’re excited that it’s also one of our world premieres.”

The 2012 Festival entries — which will be playing concurrently at the Angelika Film Center, Magnolia and Texas Theaters and at AMC’s NorthPark — represent the best of the more than 1000 films submitted this year. Of those, one, “Save the Date,” has become a special favorite among members of the Festival programming team.

“It’s a modern-day Reality Bites,” Papert explains. “It’s a light, quirky romantic comedy that the staff keeps coming back to. You keep thinking about it long after you’ve seen it.”

“My Way” from director Kang Je-kyu, the father of the modern day Korean blockbuster movie.

For people interested in something more topical and hard-hitting, Papert suggests two  documentaries. One, “We’re Not Broke,” explores the birth of the Occupy Wall Street Movement while addressing the issue of why American companies are not paying taxes. The other, Escape Fire, analyzes problems in the health care industry.

Determining which movies to see in advance can help those new to the film festival experience determine what kind of tickets to get. Three basic options exist: vouchers, tickets and passes.

“And if you’re a huge movie fan,” he adds, “get a Festival Pass, which will get you in to any regular movie screening excluding our opening night and centerpiece screenings.”

The Star and Lounge Passes are two other pass types available to Festival-goers. The Star Pass admits holders to all screenings whereas the Lounge Pass is for those who just looking to enjoy the social aspects of the Festival and only want to get into the Festival Lounge, which this year will be at Mockingbird Station.

New Festival attendees should know that seating in each theater is limited. Sponsors and Star Pass holders have first and second priority. If they are not in their seats 15 minutes before the start of the film, then seats become available to ticket and voucher holders.

“It’s a kind of seating hierarchy,” Papert says. “ And if for some reason a theater is completely full, we’ll exchange a ticket or voucher for another movie — there’s usually one starting right next door.”

“First Position,” a documentary that follows six young dancers as they prepare for the Youth America Grand Prix.

Programming for the Festival also includes panel discussions led by filmmakers and journalists. Panels will cover such topics as screenwriting, politics in film, how movies get acquired and distributed. They will take place at the Nasher Sculpture Center the first and second weekend of the Festival.

The Festival will also be sponsoring a family film day at North Park on Saturday, April 14. Activities will not only include family-friend film screenings, but also face-painting, dancing and a Baylor Health Care screening for children and adults.

“One film we’ll be showing [on family day] is called Cowgirls ‘n Angels, which is about rodeo riders who recruit a girl to join them,” says Papert. “There’s also a documentary called First Position, which follows a group of kids as they strive to win a competition that makes or breaks young ballet stars.”

As part of its closing night activities, on Saturday, April 21, the Festival will show Paul Verhoeven’s groundbreaking film, “RoboCop,” which won both critical and popular acclaim when it first appeared in 1987. “It’s in honor of the 25th anniversary of that film being made here in Dallas,” Papert explains. “We can’t say who’s coming yet, but we’re working to bring in a lot of the old cast and crew to have a reunion.”

The allure of a film festival is undeniable. And while the experience may at first seem either inaccessible or Byzantine to the uninitiated, with a little effort and the right information, a world of art, human experience and movie magic awaits.