See for Yourself: Martine Gutierrez at The Modern 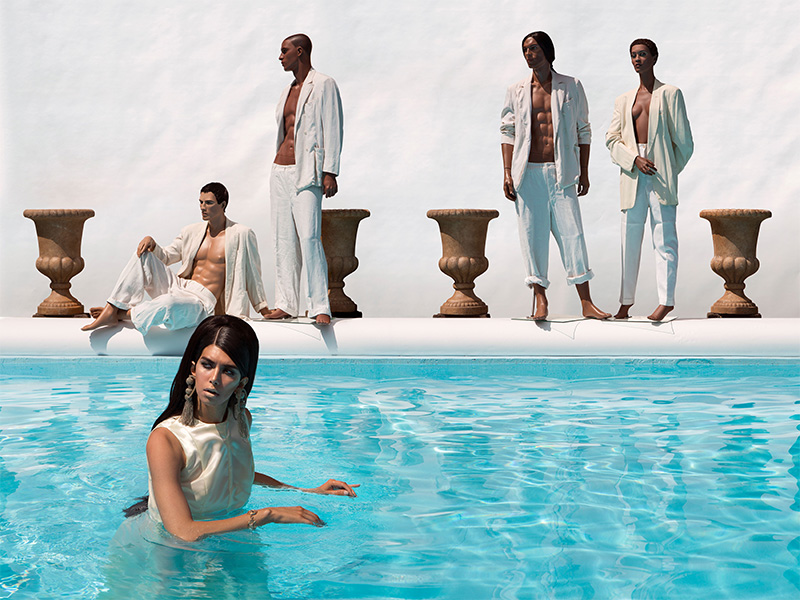 Beauty has long been a subject of inquiry—and debate. In North America, we see it idealized in almost all mainstream media outlets, every now and then catching glimpses of critique and inclusion. For better or worse, beauty occupies a contested space. Brooklyn-based performance artist Martine Gutierrez inhabits that space— well, beautifully. Through photographs and videos, she “explores gender, race, class, and sexuality, as well as conventional ideals of beauty and identity as a social construct.” 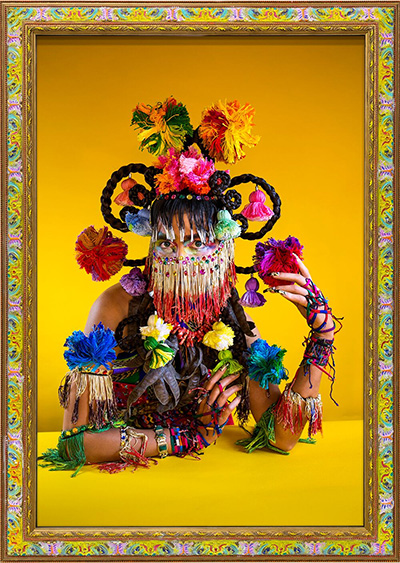 The artist’s work is featured in The Modern’s current FOCUS exhibition through Jan. 12, 2020, joining the ranks of previous artists such as Kehinde Wiley, Yinka Shonibare, Barry McGee, Gary Simmons, Nina Chanel Abney, Katherine Bernhardt, and Lorna Simpson. On view are photographs from Indigenous Woman, a 146-page magazine that “closely mirrors” Andy Warhol’s infamous Interview and recognized as Gutierrez’s most ambitious project to date (it took nearly three years to create).

In describing how the project came to fruition, Gutierrez explains, “I tried to be a model for a minute. It was not at all glamorous. You stand around waiting on sets for hours, you’re put in uncomfortable clothes you would never wear, and asked to play submissive roles. But I put myself in that situation, where I couldn’t say no. I had too many ideas and not enough authority. So what do you do? When no one will see it for you, you have to see it for yourself.”

Seeing it for herself meant that for Indigenous Woman, a seamlessly self-produced, slick, high-fashion publication, Gutierrez assumed every role: model, photographer, editor, writer, designer, and ad executive (specifically, fictional advertising featuring her). But she also scouted locations, secured the funding, and hauled equipment. The project enabled her to effectively and critically complicate ideas of subject and muse, artist and audience. From one page to the next, she meticulously composed her environments and constructed her image using the dramatic effects of clothing, hair, makeup, lighting, and flawless post-production, often populating the scenes with pop culture-esque mannequins and life-sized dolls. In each image, she questions cultural identity, gender, and representation without offering definitive answers. 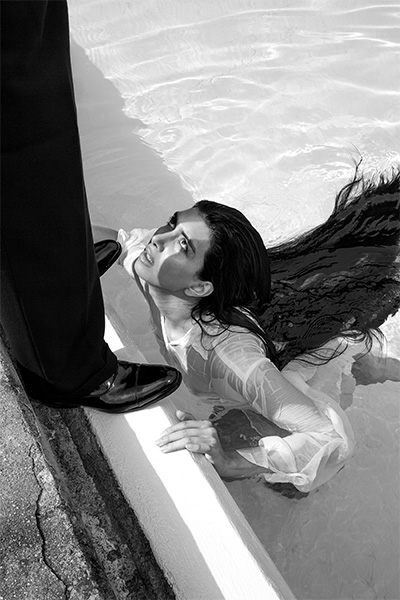 “My aspirations of fashion have to do more with glamor than anything else…it’s like a separation from the mundane. Not only fashion, but also folklore and mythology. It all rests in storytelling and in costuming—theater, even,” she says. “I’m using glamour to ask ‘Isn’t this kind of messed up?’”

For example, in one spread, Gutierrez, who is of Mayan Indian heritage and grew up in California and Vermont, poses as two Aztec deities—Xochiquetzal and Tlazolteotl—that were later referred to in ancient Mayan literature as “demons.” She incorporated textiles, dress, and objects passed down from her family. In another, she creates a series of facial masks, with ingredients ranging from fruit to 24-carat gold. The “realness” of all her magazine images comes from her experiences in her own skin, and her attempts to discern her heritage, through the labels and categories by which history has been described.

“In my work, I have always addressed the labels society has imposed upon me,” she says. “We have yet to succeed in developing a language for fluid individuals. It is dangerous to categorize ourselves within any stereotype of the socially-accepted. As we understand the truth, that no one is in fact ‘normal,’ it will be our transmutation of language that will grant us the power to escape who we are. Just a bunch of abnormals, figuring it out together.”

One of those labels is “artist.” Ironically, in an interview published in W magazine, she explains how, after creating Indigenous Woman which addresses the lack of representation, she got a Sephora campaign. “No industry is outside the corporate world,” she says. “Even as an artist, I am a product.” And what is a magazine without products to promote? 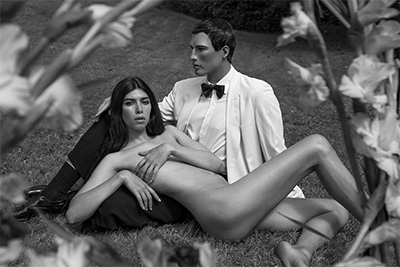 Gutierrez is no stranger to art world production. Earning her BFA from the Rhode Island School of Design in 2012, she soon gained recognition for her work with solo exhibitions at the McNay Art Museum among others, and group exhibitions such as at the 58th Venice Biennale. She gained commercial gallery representation with Ryan Lee in New York, and her work is in public collections such as MoMA. She is also a published musician and producer.

So how does the artist navigate the simultaneous embrace and rejection of constructed labels and artistic expression?

“I love the grey area,” she says. “I can more genuinely inhabit this area, something that is fluid, malleable, evolving. ‘Trans’ and ‘Latinx’ are click bait terms, so maybe language is behind in its development and usage…If anything, my hope would be for an audience to get it wrong.”