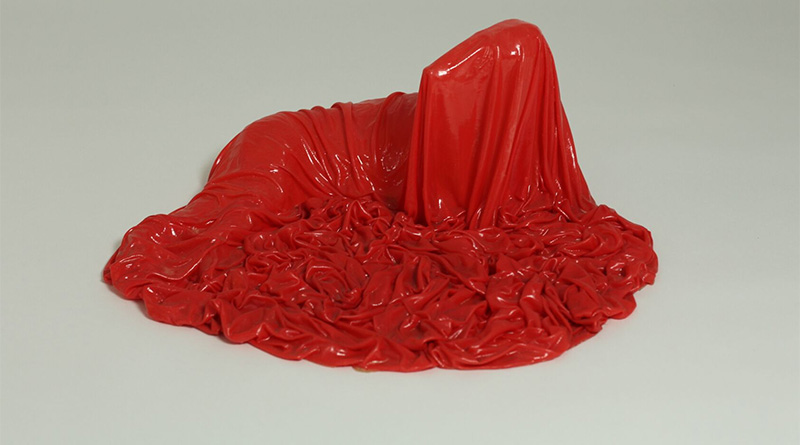 “I’m really interested in space,” says Frances Bagley, as we walk through her east Dallas studio. “I’m always exploring the spatial relationship to the body, how it affects movement and psychology.”

These preoccupations will present themselves in her newest body of work, The Lay of the Land, an installation that will fill Kirk Hopper Fine Art Nov. 15-Dec. 22. Visitors to the space will navigate the unwieldy structure and encounter remnants of sculptures, artifacts and video. The installation will fill the entire main gallery.

The work speaks a familiar visual language. For decades, Bagley’s been known for abstract figures, which will be present in sculpted body parts and bulbous masses, which resemble snow-caps. In this work, she ventures into more philosophical territory. Her installation falls into a sort of material monism—it’s a world unto itself, in which everything is connected. Here, individual elements can only be explained as part of the whole.

“In different areas of the piece there are moments of discovery,” says Bagley, “but the connections between areas are flexible. I’m always asking questions…Oblique questions about us, humans, in relation to other aspects of life and the world.”

Much of Bagley’s work leaves ample room for personal interpretation. She uses a variety of material and subject matter in her sculpture, although much of her work ties back to the human condition, as her figures are imbued with corporeality. This longtime interest in abstraction of the body, both animal and human, can be seen in an exhibition at Studio 1821 in Houston. Several of her figures can be seen alongside work by Becky Newsom and Ann Stautberg, as part of Sculpture Month Houston through Nov. 19.

Bagley met Newsom and Stautberg during the 1970s when Dallas was experiencing a cooperative art movement. It was during that time that Bagley had some of her earliest exhibitions at 500X, the city’s oldest gallery that still functions as an artist run space in Exposition Park today. Even then, Bagley says, she was motivated by the space.

“I have more architectural leanings than I think a lot of people realize,” she says bringing up the east Dallas home she lives in with husband artist Tom Orr. “Like our house, I designed it. I think the space talks to you.”

Certainly this is true in the case of her exhibition at Kirk Hopper Fine Art. When Hopper approached her about an installation, she warned him that it was unlikely her work would easily be sold. Hopper gave her unrestricted use of the space. It’s that freedom that Bagley is interested in right now. She’s not pursuing or accepting gallery representation because she doesn’t want to begin considering whether or not something will sell when she is creating.

“I just want to make art on my own terms,” says Bagley. Luckily, her art finds support through other means. Although she still accepts commissions, much of her current work is funded through grants. For the past few years, she’s been working on a project called Witness, in which she films human eyes. She received a grant from the Dallas Office of Cultural Affairs (OCA) to expand the project from the eyes of her friends to a more general population. The eyes are played on a loop, creating an effect at once intimate and threatening. “I was hoping with the grant to paint a portrait of Dallas,” says Bagley. “But we really only scratched the surface.”

Bagley, who was assisted with the video by Paul Jolly, called the results “Phase one” and hopes to continue the project. It joins Bagley’s long list of projects and commissions; a few years after the city de-accessioned a public sculpture by Bagley and Orr along the edge of White Rock Lake to the art community’s chagrin, the OCA commissioned the couple for a new work. They are still in the early planning phases of where and what that will be.

For now, Bagley has her hands—and her studio— full with The Lay of the Land.