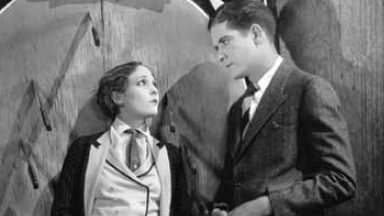 If you want to see the embodiment of “passion, seek ” just talk to Richard Herskowitz. The artistic director of Cinema Arts Festival Houston is gearing up for the third edition of the annual festival, November 9–13. It will spotlight about 35 films, plus live performances and interactive media installations. A+C writer Regina Scruggs spoke with him in the Cinema Arts Society offices recently. It doesn’t take much to get him talking about movies.

A+C: Where do you start when you think about programming a film festival?

HERSKOWITZ: I like having a focus. In this festival it’s films by and about artists. In Eugene, Oregon, Cinema Pacific, which I also program, is about the Pacific Rim. Most large film festivals are so broad, they’re just basically the best new movies. The New York Film Festival is an example of a highly curated film festival, which I generally prefer. They don’t have a theme. When I was at the Virginia Film Festival, every year we had a theme. We had themes like “Animal Attractions,” animals in the movies. “Wet” was about water. “$” was just a dollar sign, it was about money. And each theme then allowed me to create a collage, a collection of interrelated movies. If I had to just go out and pick a collection of the best movies out there, I probably would have a panic attack, and just be totally overwhelmed. If I can laser-beam into a subject, and ignore films that don’t pertain to the theme, well, that’s what gets me juiced.

A+C:  What are you doing to get people excited about seeing a silent movie?

HERSKOWITZ:  The first year I was here, we brought in Donald Sosin, who worked with a group called Kid Pan Alley. They went to the MacGregor Elementary School, and spent a few days working with kids on songwriting skills, and they wrote songs to accompany the silent film “Peter Pan” that we were showing at Miller Outdoor Theatre. This year, Sosin is coming back to accompany this rare film that was just unearthed from the New Zealand film archive, and it’s one of the earliestsurviving John Ford films. It’s called “Upstream,” it was thought to be lost, it’s wonderful! It fit our theme because it’s about a Shakespearean burlesque actor. Sosin, who is one of the leading silent film accompanists in the world, wrote a score for this. He’s working with students from the Shepherd School of Music at Rice, and they’ll perform it at the Museum of Fine Arts. Oh, I’m so glad about getting “Upstream.”

A+C:  Can you tell us which movie you’ve chosen to get this year’s Festival started?

HERSKOWITZ:   I wanted to feature a rousing musical film on opening night. I really like “Downtown Express.” It stars two people. Nellie McKay is a well-known pop chanteuse and New York singersongwriter with a jazzy flair. Philippe Quint is one of the hottest rising stars in classical music. He’s a Russian-American violinist; his recordings have been nominated for Grammys. The movie is a “Jazz Singer” — like story in that Quint is drawn out of the classical music world and exposed to jazz, pop and New York’s eclectic music scene. The movie is filled with authentic musical performances by real working musicians. Parts of the movie take place in the subway, because that’s where he starts out. For opening night, not only are we going to show the film, but also Quint will come out afterward and perform live, so that should be great! He’s really charismatic.

A+C:  “Downtown Express” is the first narrative feature by director David Grubin, who has won Emmy and Peabody awards for his documentaries. What else is new that you’re enthusiastic about?

HERSKOWITZ:   There’s a feature film that I saw and loved at Sundance, called “Here.” It’s about a mapmaker who takes a road trip to Armenia, and falls in love with an Armenian woman. Ben Foster is the star, and the musical score is wonderful. At a few festivals (including Sundance), the filmmaker, Braden King, presented a supplement to the feature. We’ll do that here by showing the film on Friday night, then on Saturday night at Teatro Bilingue de Houston, King will perform live with his group, the Boxhead Ensemble. This will be the first year we’re working with Teatro Bilingue. At the same time he will project outtakes from the film simultaneously on three screens. The Saturday night event is called “Here [The Story Sleeps].”

A+C:   Can you reveal the closing night event?

HERSKOWITZ:   Our closing night will have “Art Car: The Movie.” That’s on Sunday, November 13 at Miller Outdoor Theater in Hermann Park. It’s too early to tell you what panels and workshops we’ll be presenting at the Festival this year; those usually come together later, when we’re more sure of who’s coming to town. However, I’d like to do a panel which relates to “Art Car” in that it will spotlight Texas filmmakers and people who’ve had their movies in the festival, talking about how they got their films made. Everyone, please come out!

—REGINA SCRUGGS
Regina Scruggs is a Film Journalist and Critic.