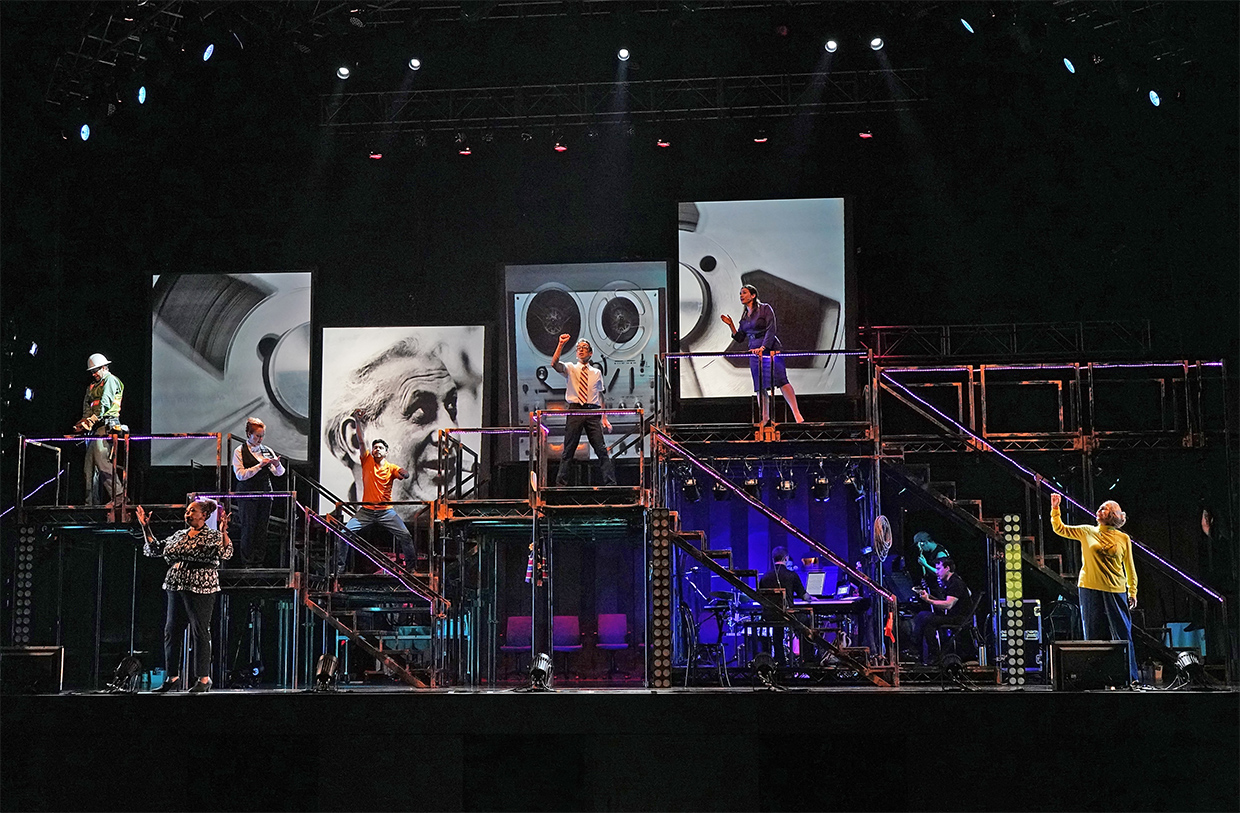 Stories of Humor, Hope and Resilience: Dallas Theater Center Returns to the Stage

Human connection and community: these ideas lie at the heart of Dallas Theatre Center’s recently-announced 2021-2022 season. While most companies don’t necessarily program a full season around a theme, DTC’s artistic director Kevin Moriarty makes it clear that the pandemic has led the company to reaffirm the transcendent relationship between artists and audience with a season that celebrates the power of human ties.

Throughout the pandemic, the company made theater in the form of filmed, streaming performances and outdoor shows, including a full production of Working: A Musical, staged at AT&T Performing Arts Center’s Strauss Square. But Moriarty says talking with audience members at those performances and now coming back together with DTC actors at the indoor rehearsal studios has reminded him of the power of the communal experience live theater brings.

“I don’t want to underestimate the fear and the caution some people have, but it just reawakens in me and the people around me what makes a live experience so special,” says Moriarty.

Like many theaters, DTC has programmed a season of plays that had been cancelled, along with new choices that might reflect our world as we slowly come back together after months of isolation. While the season certainly doesn’t paint over life’s pains, many of these works portray the humanity that draws us together.

“It was very conscious on our part to tell stories of humor, hope and resilience,” explains Moriarty.

­­­
They even took some plays off the list because they were “tragedies or borderline nihilistic,” explains Moriarty, noting that there are times when we need reminding of the tragedies around us, but this year “the exact opposite is true.”

The season begins with two shows running in repertory, Tiny Beautiful Things (Sep. 8-Oct. 16) and the DTC-commissioned world premiere Cake Ladies (Sept. 9-Oct. 17). The plays tell very different stories–Tiny Beautiful of an advice columnist’s relationship with her readers and Cake Ladies about a small Texas town’s community theater attempting to produce Angels in America as COVID emerges. Yet Moriarty sees both as “a celebration or a love letter to human connection.”

The second world premiere in the lineup, The Supreme Leader opens Oct. 28. In this comedy, playwright Don X. Nguyen imagines Kim Jong-Un’s time in a European boarding school as a coming of age rom com.

After bringing back their continuously adaptable Christmas Carol for the holidays, the new year brings a unique production of Thornton Wilder’s Our Town (Jan. 27) that Moriarty hopes will “allow the cobwebs to be dusted off” one of the most “beautiful, bold, creative American plays in the entire canon.”

“Portions of the play are translated into Spanish and Creole and that lets the language live in our ears in new ways and lets us experience the story in new ways,” he describes. “It takes this fictional New Hampshire town and opens it up to be the world as we know it.”

The next play, Native Gardens (Feb. 27) also focuses on community, as it digs deep into the conflicts and comedy of neighborly relationships when two homeowners clash over competitive gardening. Being good theatrical neighbors to all of Dallas, the company plans to take this production to community venues around the city. 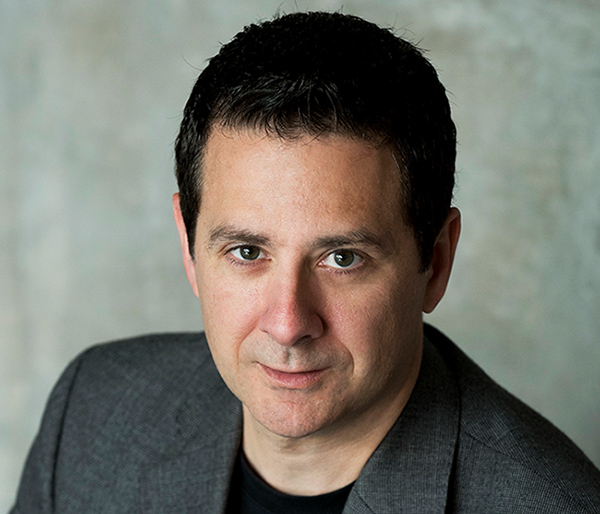 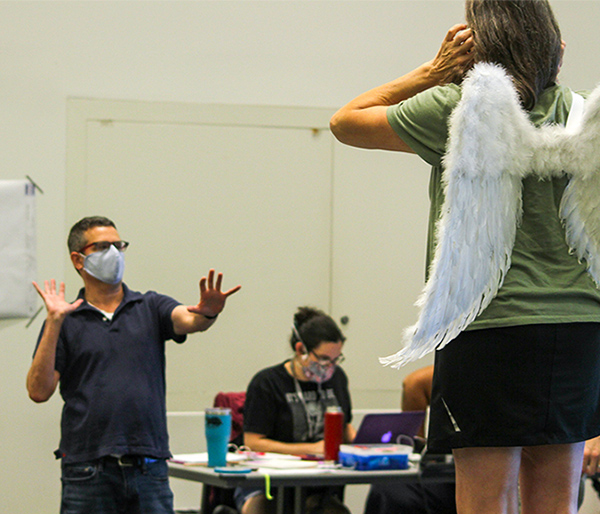 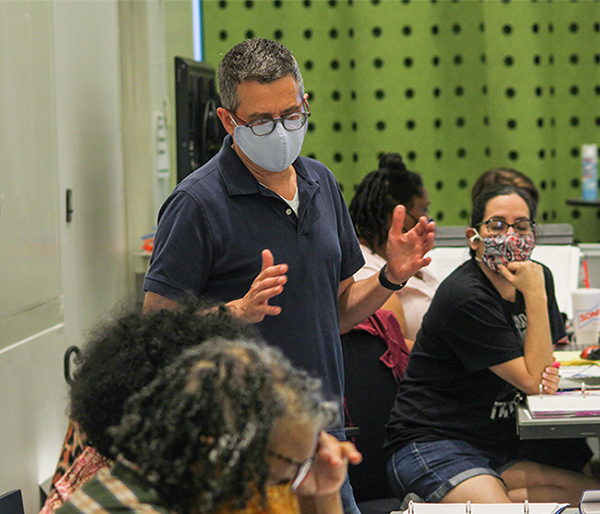 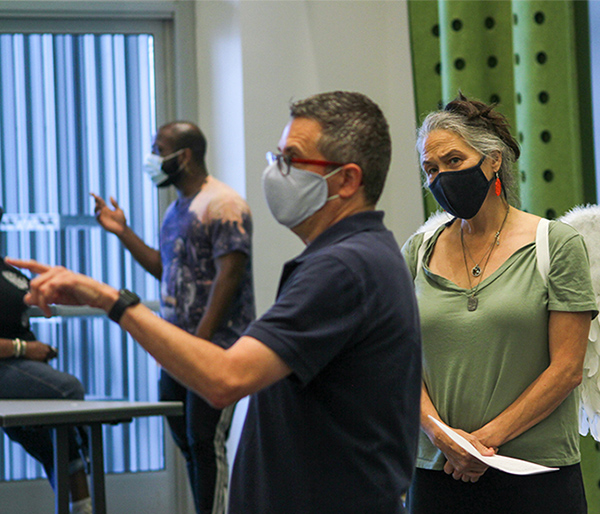 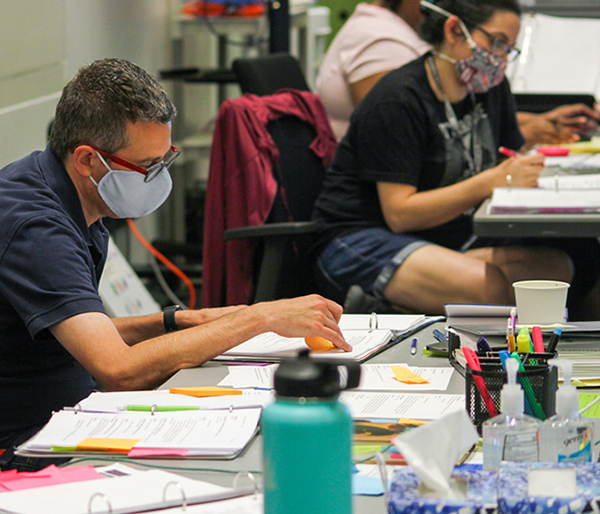 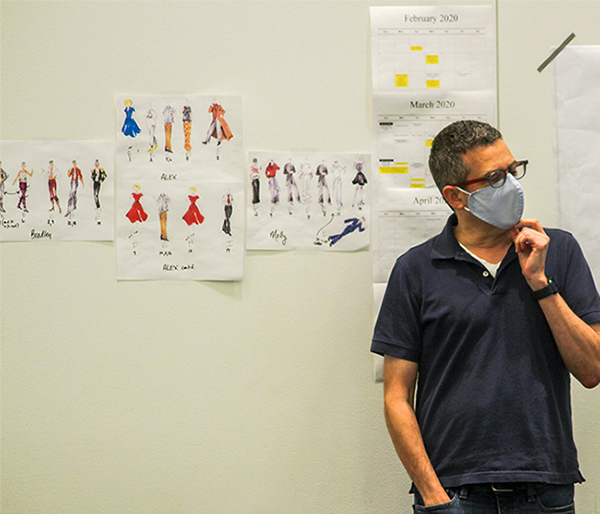 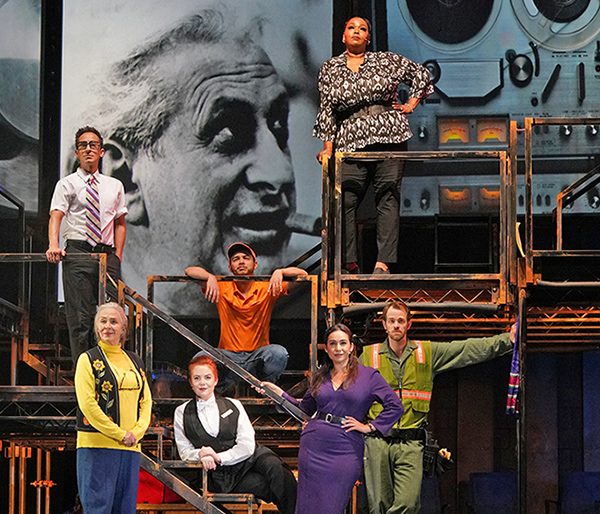 The cast of Dallas Theater Center's production of Working. Photo by Karen Almond. 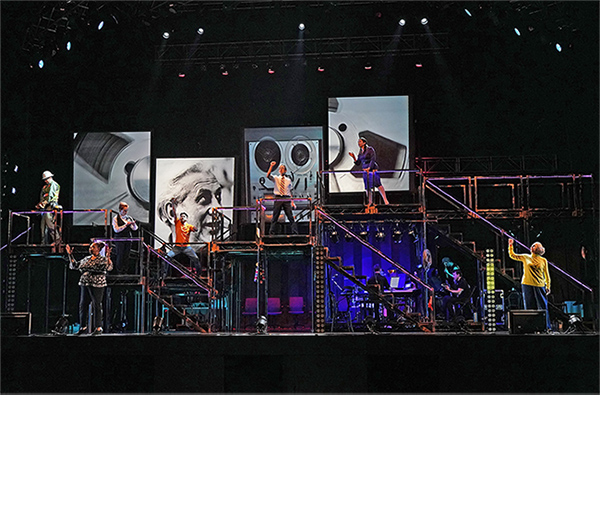 The cast of Dallas Theater Center's production of Working. Photo by Karen Almond.

“We started thinking as we return to our buildings how we could also break out from our buildings and take theater to the people,” explains Moriarty, adding, “Art is the birthright of everyone in a democracy.”

Spring blooms a new production of one of almost everyone’s favorite things, The Sound of Music (March 25) and then a classic play that many contemporary audiences have never seen, Alice Childress’s Trouble in Mind (May 26). The “sharp, satirical backstage comedy” about theater and the concessions artists of color have to make to succeed has a real history that somewhat mirrors its plot. In 1955, Trouble was set to be the first play by a female, Black playwright to make it to Broadway, but only if Childress would change the ending. She refused. Now the work is finally getting its due, not only at DTC but soon on Broadway.

DTC is making its own backstage changes, as trying to make theater in isolation for over a year has taught them they always want artists in the room whether building a theatrical work or maintaining DTC as an organization. Breaking from the theater company model that depends on freelance artists coming in and leaving with each show, this year they plan to appoint a full-time Playwright-in-Residence, Associate Artistic Director, Resident Music Director and Resident Designer.

“We really need to have a team of artists that can represent the heart of the theater and bring the heart to the community,” he says.

In some ways these initiatives reflect the work the company will set upon the stage. While theater probably can’t erase the psychological scars this year has afflicted, perhaps it can offer a small bit of healing in the dark amid the stage lights.

“I feel this year the most radical act we can do at Dallas Theatre Center is to tell stories that stand by the idea that striving for human connection—including opposites, including people who shouldn’t make sense together—telling those stories is brave,” says Moriarty. “It’s going against the prevailing sentiment of the world we live in right now in a way I hope will be meaningful and maybe a little bit inspiring.”