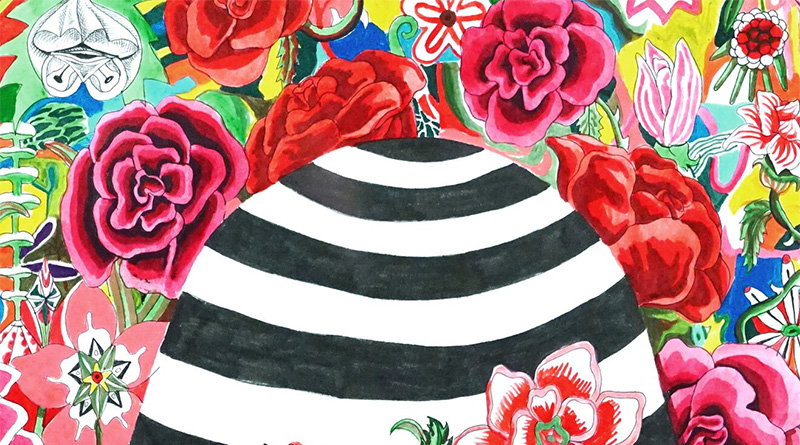 Editor’s Note: Our hearts go out to the people of Houston dealing with the aftermath of Hurricane Harvey. The toll to artists, the Downtown Theater District and the fall season is significant. Please check the websites for updates on Houston events and keep the people of Houston and the surrounding areas in your thoughts. Consider donating to the city’s relief effort or the Harvey Arts Recovery Fund. 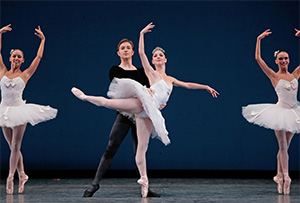 HOUSTON-Post Harvey, Houston Ballet is on the comeback trail thanks to the efforts of many hard working people and the generosity of the community. Sir Kenneth MacMillan’s epic drama Mayerling, a Houston Ballet premiere, has been rescheduled for Sept. 22-24 at the Hobby Center for the Performing Arts. MacMillan’s ballet is based on the true and harrowing story of the murder-suicide of the heir to the Austro-Hungarian Empire, Crown Prince Rudolf, and his 17-year-old mistress, Baroness Mary Vetsera. If this doesn’t seem like a typical ballet, that’s the point; MacMillan was first to move away from fairies, princes and happy endings. The season opener, Poetry in Motion, has been moved to Oct. 26- 27, also at the Hobby Center.

more about the Houston Ballet on A+C TX 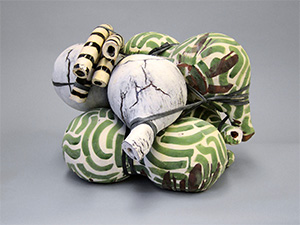 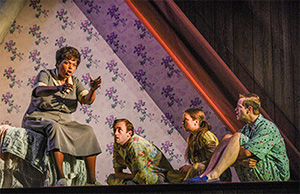 more about the Dallas Theater Center on A+C TX 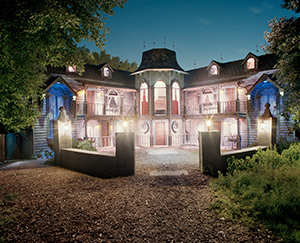 #7: Sounds Modern and Misty Keasler at the Modern

FORT WORTH-On Sept. 23 Sounds Modern will perform a series of pieces inspired by the work of Texas-based artist Misty Keasler, whose FOCUS show will be on view at The Modern Art Museum of Fort Worth Sept. 23 through Nov. 26. The performance will feature music inspired by Keasler’s photographs of haunted houses and include work by Jeffrey Stadelman, Pang Vongtaradon, Andrew May, and Pauline Oliveros. 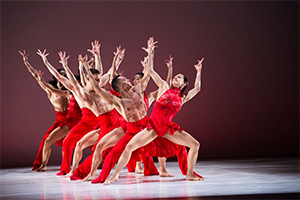 DALLAS- TITAS Presents brings the riveting Ballet Hispánico, directed by Eduardo Vilaro, and fresh off the company’s stunning performances at Jacob’s Pillow Dance festival, with a program of works by three outstanding women dancemakers. The evening includes Linea Recta by the Belgium-based Colombian choreographer Annabelle Lopez Ochoa, Con Brazos Abiertos by Houston native Michelle Manzanales and Catorce Dieciséis by Tania Pérez-Salas, a leading voice in Mexican contemporary dance, Sept. 15-16 at Moody Performance Hall. The company returns to Texas through Society for the Performing Arts on May 19 at Wortham Center.

more about TITAS on A+C TX 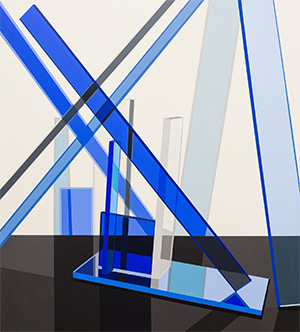 DALLAS-Texas-based artist Tommy Fitzpatrick has been focused on architecture as the subject of his paintings for the past twenty years. And since 2013, he has been creating sculptural motifs made of transparent plastics—assemblages based on the ideas of the Russian constructivists.

His current exhibition, Crystal Cities at Holly Johnson Gallery through Nov. 4, is a selection of new paintings and sculptures inspired by Frank Lloyd Wright’s unrealized 1940 project of the same name. 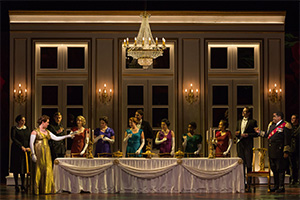 SAN ANTONIO- Opera SA opens its fourth season and second under the direction of  Enrique Carreón-Robledo with Verdi’s Macbeth, based on Shakespeare’s story of greed and ambition, and described by Verdi as “one of mankind’s greatest creations,” with Bass-baritone Greer Grimsley as Macbeth and German Soprano Nadja Michael as Lady Macbeth, directed by Crystal Manich with Sebastian Lang-Lessing conducting, Sept. 8 & 10 at H-E-B Performance Hall at the Tobin Center for the Performing Arts. 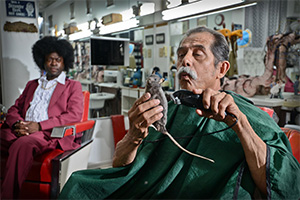 AUSTIN- John Bock’s Dead + Juicy is a cinematic exhibition that combines an “uncanny musical” with an installation of transformed versions of the film’s props and sets at The Contemporary Austin, where the show is on view from Sept. 23, 2017 through Jan. 14, 2018. Senior curator Heather Pesanti describes the work as “a little bit classic Western, a little dark comedy, a little musical murder mystery.”

more about Dead and Juicy on A+C TX 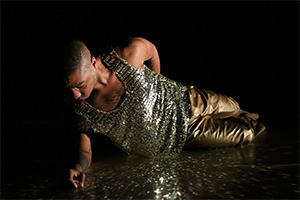 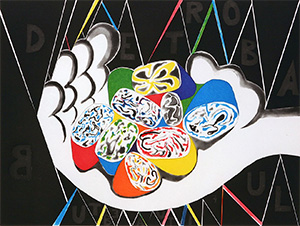 #1: Texas Artist of the Year at Art League Houston

HOUSTON-Trenton Doyle Hancock is this year’s Texas Artist of the Year, and his exhibition at Art League Houston looks back on his 20 years as a professional artist, featuring an artwork from each year since 1997 plus highlights from his self-built universe of personal iconography. The showcase of works, which mirror his “fervor for life,” runs from Sept. 22 – Nov. 11.