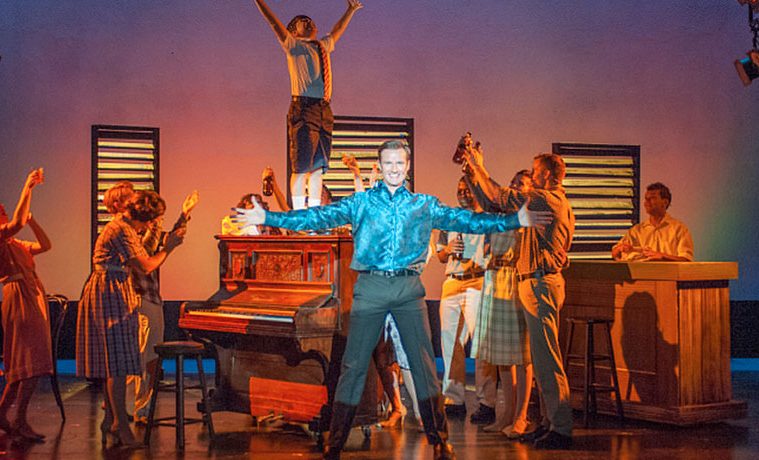 The Boy From Oz

IMAGE ABOVE: Alex Ross and the cast of The Boy From Oz. Photo by Mike Morgan. 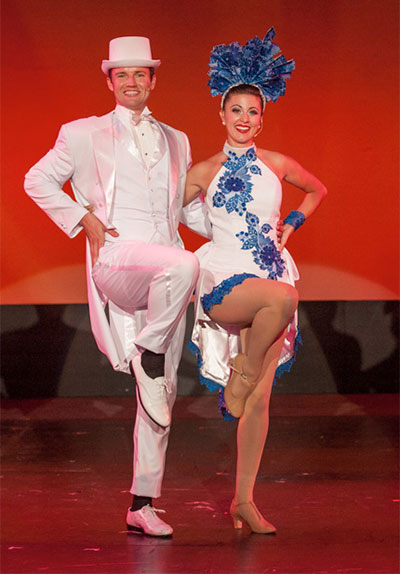 When Peter Allen sings his now infamous song “Everything old is new again” in The Boy from Oz, it sounds like a wish more than a fact. The musical is a valiant attempt by Martin Sherman and Nick Enright to revive awareness of Allen’s musical legacy.

Unfortunately, it’s an attempt which fell horribly flat when it opened on Broadway in 2003, Ben Brantley’s review for the New York Times called it an “indisputably bogus show.”

It did run on Broadway for a full year though, thanks to a starring turn by hunky Australian Hugh Jackman as Peter Allen, a performance which won him a Tony Award for best leading actor in a musical. When Jackman left, the musical closed.

All the negative reception notwithstanding, Dallas’ Uptown Players is currently staging the regional premier of the rather infamous musical, through August 10.

The show, which premiered and toured throughout Allen’s homeland of Australia for two years before opening on Broadway in 2003, dramatizes the life of Allen, an entertainer perhaps best known for his brief marriage to Liza Minnelli. The marriage was short-lived, and after it ended, Allen came out of the closet, and experienced a respectable level of fame as a performer and songwriter. 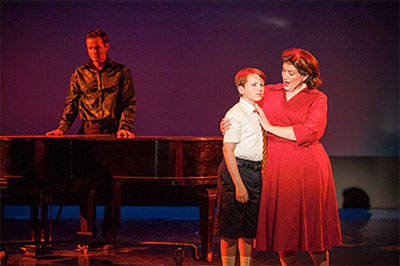 It’s an unashamedly sugary sweet glamorization of show business, and reads a little like Enright and Sherman’s desperate attempt to revive the cultural legacy, or lack thereof, of a b-list celebrity. That being said, the talent of the cast in Uptown Player’s regional premiere assures this production will not fall completely flat.

Alex Ross takes over for Jackman and despite some rather hefty shoes to fill, his Allen is fun to watch. His infectious smile and surprisingly consistent Australian accent lend him a certain charm when he delivers his rather insipid dialogue, and despite his lack of vocal talent, he carries Allen’s rather simple songs adequately.

With Allen’s narration as a guide, the audience journeys through Allen’s life, from his childhood in Australia (Jodi Wright is loveable as Allen’s doting Australian mother), to his fortuitous meeting with Judy Garland and, shortly thereafter, her daughter Liza Minnelli, played respectively by Janelle Lutz and Sarah Elizabeth Smith. Both deliver entertaining performances, Smith’s impersonation of Minnelli is eerily close to what I imagine a young Minnelli would have been like, while Lutz’s Garland steals the show, not only can she sing but her portrayal of the aging actress is funny and endearing, her “All I Wanted was the Dream” is a show highlight. 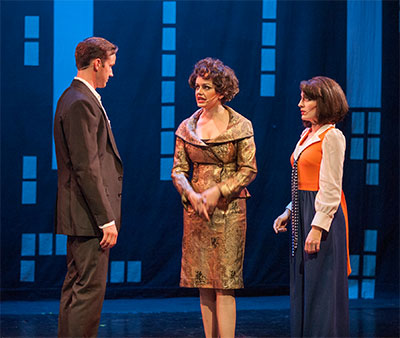 Uptown Player’s perform their shows at Frank Lloyd Wright’s Kalita Humphries Theater, and the shows there always feel rather intimate. Director Cheryl Denson, however, has conceived a staging which feels claustrophobic even for the Kalita. A regional production of the show would have benefited from a more creative, minimalist re-do which played to the show’s strengths, the songs, and downplayed its weaknesses, everything else.

Attempts at elaborate costumes fall flat, and I can’t help but feel the schmaltz of some of the numbers could have been downplayed, allowing a producing company to recoup what you can from a show that was weak in the first place. Future productions might benefit from more creative conceptions that play more like a tribute to the musical legacy of Allen, than a caricature of his larger than life personality.

Despite all of the show’s shortcomings, the audience on opening night seemed to love every minute of it. Ross works the crowd all show long and older audience members can at least appreciate hearing some 70’s hits like “Best that you can do” and Olivia Newton John’s “I Honestly, Love You.”

If you can enjoy it for what it is, and try not to think about it too much, you can find something to like in Uptown Player’s The Boy From Oz.