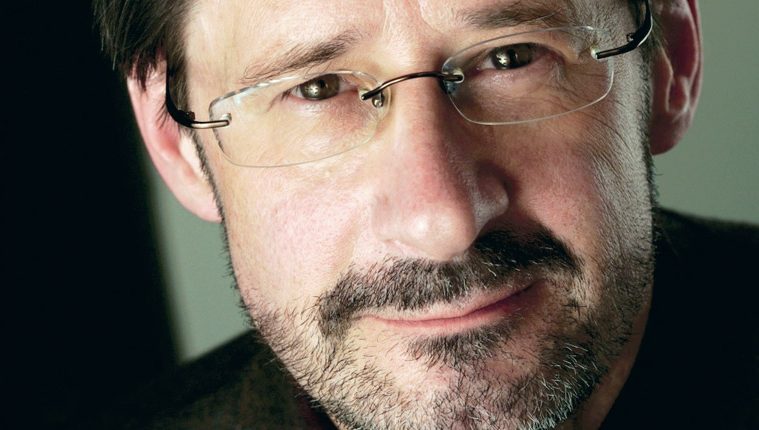 The History of Music

Dallas Symphony commissions new music based on an obscure date in U.S. history

It can be said that August 4, 1964 was one of the most important days in U.S. foreign policy. On that day, Arthur Sylvester, Assistant Secretary of Defense in President Lyndon Johnson’s administration, made a fateful press statement that North Vietnam had attacked two U.S. destroyers that were on patrol in the Tonkin Gulf.

As it turns out, this event was fabricated.

Johnson’s Secretary of Defense Robert McNamara bluntly stated in the 2003 documentary, The Fog of War: Eleven Lessons from the Life of Robert S. McNamara, the August 4 attack never happened. Nevertheless, the repercussions led to the passage by Congress of the Gulf of Tonkin Resolution, which granted President Lyndon B. Johnson the authority to assist any Southeast Asian country whose government was considered to be jeopardized by communist aggression. The resolution served as Johnson’s legal justification for deploying U.S. conventional forces and the commencement of open warfare against North Vietnam.

When the 100th birthday of LBJ rolled around in 2008, the Dallas Symphony Orchestra decided to mark the anniversary with a commissioned work by Pulitzer Prize-winning composer Steven Stucky. It would also be a premiere piece to showcase and feature their new star conductor, Jaap van Zweden. Librettist Gene Scheer (who later would go on to write the book for Dallas Opera’s hit premiere of Jake Heggie’s Moby-Dick) was brought into the project to prepare text.

With the August 4 Tonkin incident in mind, Scheer did some digging and found another incident that coincidentally happened that day, which had just as far ranging effect on both the country and the presidency of LBJ. This was the discovery in Mississippi of the bodies of three civil rights workers who were missing since June 21. This was a major contributor to Johnson’s championing of the Voting Rights Act of 1965.

Having found this confluence, Scheer decided to make this the dramatic impulse of the work. It would be a cantata or oratorio in structure, much like Berlioz’s Damnation of Faust or Mendelssohn’s Elijah. Scheer based his libretto on the actual words of those closest to the events. On the political level, he quoted LBJ and McNamara. For the story of the slain civil rights workers, he used quotes from the mothers of two of the slain: James Chaney and Andrew Goodman. He incorporated a poem by Stephen Spender that was meaningful to one of the mothers and an application to work for Congress submitted by Michael Schwerner, the third victim.

Scheer couldn’t resist commenting by including a journal entry, from sometime later, where McNamara himself recounts his misery at his part in starting the Vietnam War. He turns the entry into a cri de coeur aria, late in the piece, where McNamara ruminates about “Had we known.” Stucky takes full advantage and gives the tenor a workout.

The work electrified the classical music world. When the DSO took it on tour to Carnegie Hall in 2011, it impressed all over again, and reportedly was an element in Van Zweden’s selection as Musial America’s Conductor of the Year last year. Now comes a recording, released by the Symphony, made in a live concert that gives the work a new life, reaching a far broader audience.

In a recent phone interview A+C held with both members of the creative team, composer Steven Stucky marveled that the recoding happened at all.

“It is a big project,” Scheer added. “We had one week of rehearsals and then played it for a non-subscription concert to record it before a live audience.”

The rehearsals were needed because of the change of cast caused by scheduling conflicts. The original LBJ, the marvelous baritone Robert Orth, who impressed greatly recently in the Dallas Opera’s production of The Lighthouse, was unavailable. Fortunately, Metropolitan opera star Rodney Gilfry, was able to step in. “The piece is the same, but somehow different with another singer in the role. They both brought something unique to the role,” said Stucky. Scheer agrees.

Stucky said that he made some minor changes for the recording. “I was a complete newcomer to writing a dramatic work; this was my first, so I found some places where I could set the words in a more natural way. Also, Bob (Orth) requested that some of the notes that were in the bottom of his usable range be raised, but Rod (Gilfry), who has a lower voice, asked that they be put back where they were originally. None of these changes would be noticeable unless you really knew the score.”

Stucky said he learned the lesson of Richard Wagner — that themes need to be repeated and associated with characters, situations or emotions. “I went in thinking that I wouldn’t repeat much, but that went right out the window early on. Wagner’s example, and why it is so effective in dramatic writing, became immediately obvious.”

The duo is quite pleased with the new CD and feels that the performance on record actually is a standout recording.

“Jaap (van Zweden) said that, having lived with the score for a longer time, he felt that he brought a deeper understanding to this performance and, taking nothing away from how it went before, I agree with him,” said Scheer.

“He has really taken to the piece and is recommending it to other conductors, which is high praise indeed,” Stucky added. “In fact, he is taking the Elegy, which is the only part that can be extracted, on the DSO tour in March 2013.”

The CD itself is packaged attractively, with a booklet that features an essay by Dallas Symphony program annotator Laurie Schulman. The audio is excellent and the work has all the impact of hearing it live. The soloists are Rodney Gilfry as LBJ, Kristine Jepson and Indira Mahajan as the two mothers and Vale Rideout as McNamara. In addition, the Dallas Symphony Chorus sounds magnificent, giving the recording a haunting resonance. It is issued under the DSO Live label under the Naxos Music Group label. The total playing time is one hour and twelve minutes.