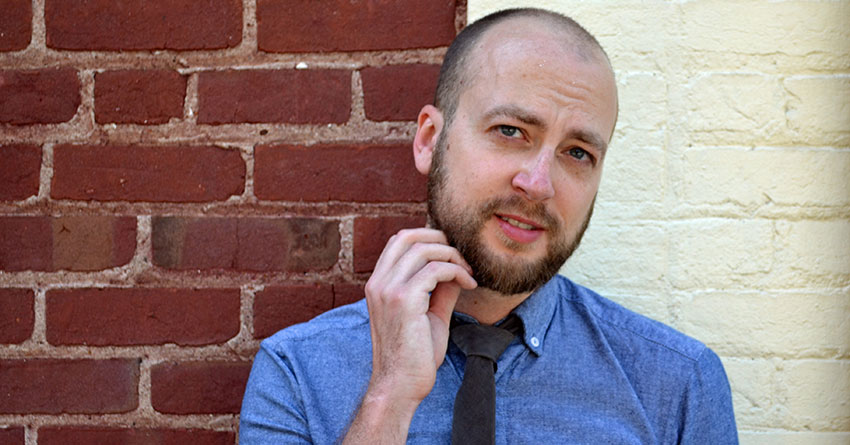 The Poetry of Performance

Patrick Ryan Frank doesn’t write poetry about himself. He’s interested in what he can learn from wearing a mask, from adopting a character, from practicing empathy. Yet the Austin-based poet’s working title for his newest collection of work was Narcissism, and throughout the book you’ll find poems bearing his name, “Patrick Ryan Frank as the Other Woman,” for example. But they’re not poem about him. Or not really about him anyways.

“I always wonder what is the version of myself in this,” says Frank. “You have to feel a certain amount of pride and ego to write poetry, or pursue any art form. And no matter how much you try to write outside of yourself, it’s still you writing.” 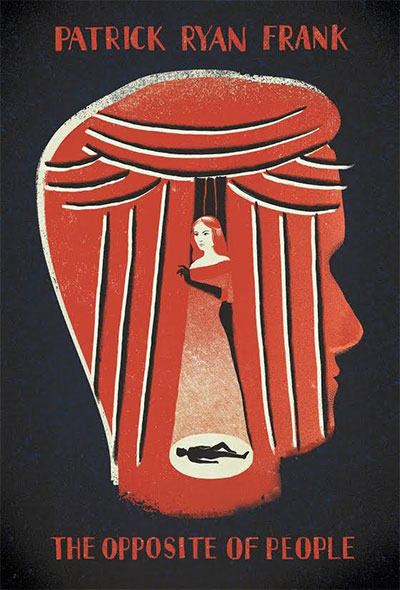 For his first collection How the Losers Love What’s Lost, he wrote from the perspective of characters who had lost game shows, heads or children. In The Opposite of People, the new collection’s official name, Frank writes through the lens of celebrity, adopting the voice of everyone from bombshell Marilyn Monroe to the infomercial psychic from the 1990’s, Miss Cleo.

Frank considers this interest in celebrity twofold. For one thing, he originally went to school for acting. Back in college, he thought he’d be an actor, a movie star. Maybe not the strapping, leading man – the clever best friend maybe, or an award-winning character actor. When it became clear that wasn’t a realistic dream, he found playwriting and then poetry at Northwestern University, eventually attaining a master’s program at Boston University. In each of the media he worked in, what remained interesting was adopting a new voice, trying on someone else’s motives and ideas. Which leads to his other realm of fascination with celebrity: the performance of one’s self.

“At any given moment you’re performing, trying to be a version of yourself that you’ve seen on TV,” says Frank. “Every time you go on a date you are trying to be in a romantic comedy. I’m interested in the way television and movies helps us how we learn to be who we are.”

In The Opposite of People, he takes a deep dive into the creation of self, swimming past what Baudrillard considered the simulacra – or the substitution of the signs of the real for the real – into the world of neurosis and personality where reality is manufactured to be delivered through a screen. When Frank writes about Monroe, for example, he’s in the head of both the sex symbol and famous writer Truman Capote, exploring the interior of the ostensibly awkward moment in which they’re dancing together, rather than the projected, and now iconic image of Capote gripping her arm, while Monroe glances off to the side. And yet Frank pushes the poem forward into our collective perception of what is happening in the image, creating a new narrative.

“Darling, let’s forget the details, dull / as they always are: who’s here and not,” the poem begins, as though they’re in a conversation deciding what they’ll remember, or discussing the image’s eventual symbolism. A few lines down: “Let’s someday remember it better, romantically vague. / Let’s say I wanted to dance and so did you.”

Frank’s poems, which are at once loose and structured, all exemplify a studied iambic pentameter and a sense of rhyme. He suffers an aversion to free verse, a symptom of a good teacher. He studied with the poet Mary Kinzie who wrote A Poet’s Guide to Poetry, which creative writing students know as a book strict in its encouragement of rule following. Because of her, he says, his work is deeply rooted in the poetic tradition.

“I don’t understand anyone who cares about poetry who doesn’t care about form,” says Frank, who related stories of Kinze’s exercises in the writing of sonnets and sestinas. “Once you know how to do a certain thing, you can decide whether it’s useful to you.

For all of his structure, Frank’s poems are a delightful read. Light, but deadly. His poetry carries gentle revelations about human nature both on the page and read aloud. Speaking of which, Frank would love it if you’d show up to his next poetry reading. He describes it as his last vestige of a failed attempt at acting. His poems might not be about him, but his poetry readings are. And he’s proud to note, thus far, no one has fallen asleep at one of his readings.