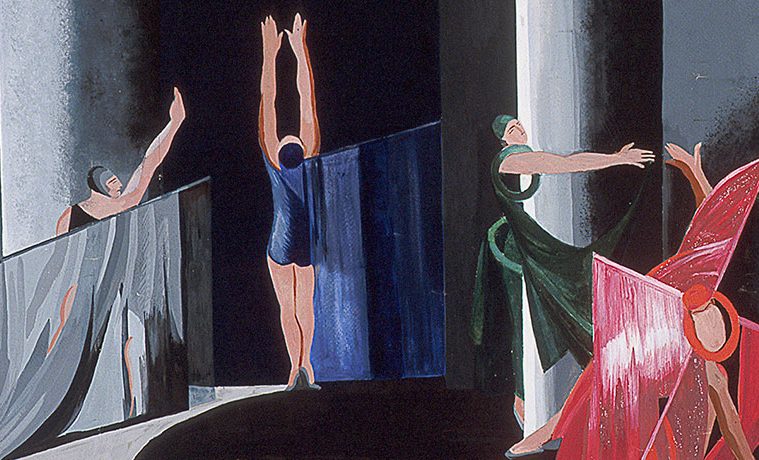 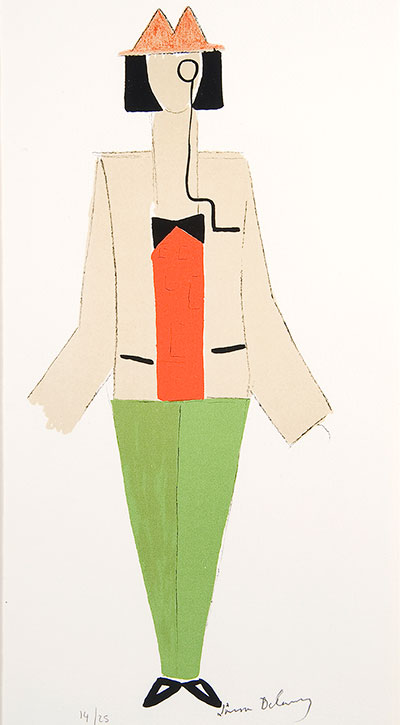 Beyond a round exhibition hall, a stairway leads down to the inner sanctum of the Tobin Collection of Theatre Arts at the McNay Art Museum.  Reserved for scholarly research, it holds more than 10,000 works on paper and thousands of books dedicated to the visual aspects of theater—scenery and costumes—chronicling the making of plays and operas from Shakespeare to the present. Cases housing set maquettes line the walls, and countless shelves hold boxes of drawings like an over-sized and meandering series of flat files. Especially rich are holdings from the 20th century, which will be on view in Artists Take the Stage: Theatre Design from Picasso to Nevelson, Aug. 20 – Jan. 25, 2015.

The exhibition focuses on artists known more for their accomplishments in the art world than for their contributions to theater, and includes many icons of modernism who brought their distinctive signatures from the studio to influence performing art design. “Picasso, Matisse, and Miró put their individual stamp on the stage in a recognizable way,” said Jody Blake, curator of the Tobin Collection and organizer of the exhibition. Picasso’s designs for Igor Stravinsky’s 1920 ballet Pulcinella include colorful drawings for costumes and sets that are readily identifiable as cubist expression by the hand of Spanish master. Also included are works by de Chirico, Jean Cocteau, Fernand Léger, Moholy-Nagy and Eugene Berman that chronicle trends of the first half of the 20th Century from surrealism, constructivism, Dada and the Bauhaus to the Neo Romantic revival in the 1950s. 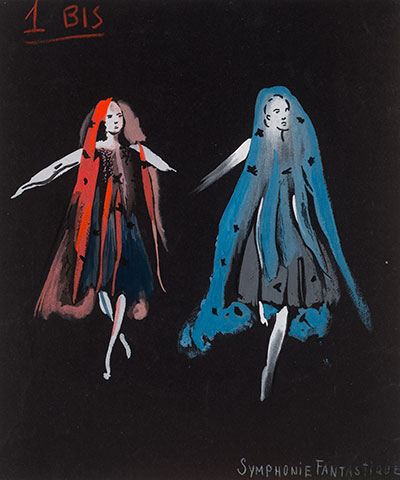 “The Russians, especially the constructivists, wanted to lay to rest the notion of the set as an easel painting read large,” explained Blake.  “They re-conceived theater as an immersive environment—an acting machine.”

A crisp drawing by Alexandra Exter for the 1924 production of Aelita: Queen of Mars displays angular lines that recollect a disciplined variant on Popova’s set design. “Alexandra Exter blurs the distinction between what is scenery and what is costume,” said Blake. “The dancers are not used to tell a story, so much as to move form and color through the scene.”

In contrast, explained Blake, in current theater practice, costumes and scenery are most often designed by separate teams, though often set and clothing designers may work in pairs from one production to another.

Also included in the exhibition are costume and set designs by recent artists, such as sculptor Louise Nevelson and Robert Wilson. 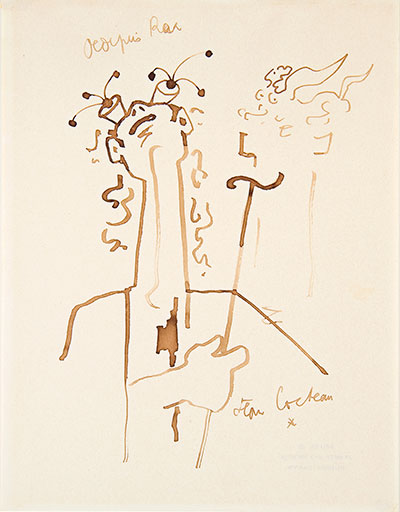 Nevelson’s preparatory sketches for Opera Theatre of St. Louis’s 1984 production of Orfeo ed Euridice, may appear strange and startling to the viewer who is familiar with her wall pieces. Light and airy, the quick lines and splashes of copper and gold only hint at gestures and palette—quite a contrast from Nevelson’s hulking, monochromatic sculpture (and the final set design, which echoes her sculpture). Also surprising are 1986 prints made by Robert Wilson while in residence at University of Texas at Austin. Wilson is known for his gargantuan sets and minimalist—verging on slick—production values, that set the tone for ambitious works such as his 1976 collaboration with Phillip Glass, Einstein on the Beach. In contrast, his black etchings (also rather large) exhibit rough, heavily worked textures that strike the eye on first glance as more expressionist than minimalist, though they do indeed represent the spare tableaux that he is known for. Some of the most delightful pieces in the collection are lithe costume drawings by Cocteau—extremely accomplished, and as vibrant and agile as his films and verse.

Though dominated by works from the 1900s, the exhibition also includes several earlier works. A poster by Mucha for the 1896 Paris production of the Greek tragedy, Medée, starring Sarah Bernhardt is quickly identifiable offering of the Gilded Age, and serves as a benchmark to reveal the radical changes that would quickly overtake the art—and theater—world in the next decades. 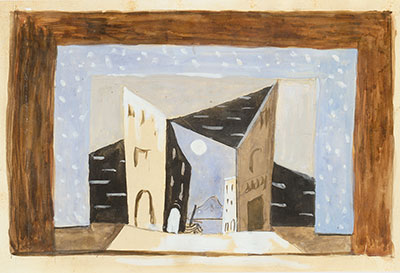 Though constructivist theatrical displays in Soviet Russia during the 1920s extended to utilizing factory whistles and church bells to create urban orchestras, the Tobin Collection privileges works presented in Europe and the U.S. Artists in Europe observed some constraints not observed in the East. “By necessity or choice, the proscenium stage was still used—even in radical works such as Tristan Tzara’s Gas Heart,” states Blake. The larger story of the Russian émigré artists working in European theater will be covered in detail in a further exhibition of the Tobin Collection, scheduled to open next spring at the McNay. In tandem with Artists Take the Stage, a September production of Tzara’s Gas Heart directed by Stacey Connoly and Rachel Joseph is slated to take place Sept. 11 in the McNay’s Leeper Auditorium.