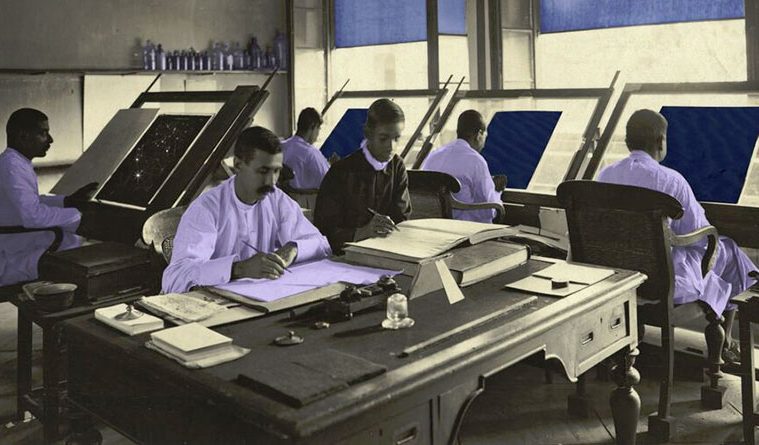 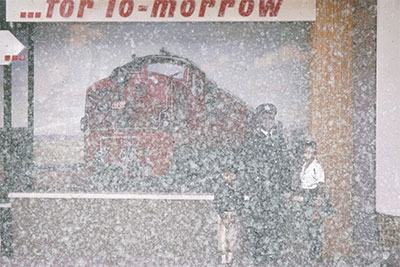 Artistic interrogations of our experience of time

Art possesses a wholly unique ability to render the concept of time materially. Of course it’s a given that an illustration of something we humans have such a tenuous relationship with—never having enough, occasionally having too much and always watching it fly by—would result in highly differentiated and often politically charged abstractions.

How one goes about capturing time in an image is something artists have been exploring for centuries, but, as Gilles Deleuze posits in his theories concerning cinema, the advent of film has had a profound affect on our perception of time. His and other theorists’ writings on the subject are the progenitors of the idea we’ve been exploring over the last half-century; the notion that our conception of time is not static, that perhaps it can evolve. That idea, in a somewhat reductive summation, is the jumping-off-point for Time/Image, a conceptually-dense group exhibition that opens at Houston’s Blaffer Art Museum on Sept. 26.

Organized by Amy L. Powell, curator of modern and contemporary art at Krannert Art Museum at the University of Illinois, Urbana-Champaign (formerly the Cynthia Woods Mitchell Curatorial Fellow at the Blaffer), Time/Image offers viewers a cursory exploration of the innumerable ways we have begun to conceptualize time in the post postmodern age of 21st century history and art through the lenses of roughly 11 international artists and collectives. 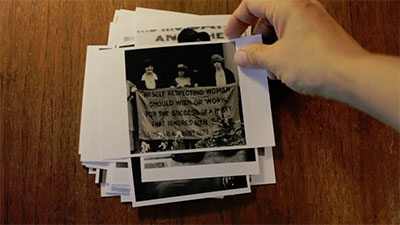 The exhibition was born out of Powell’s dissatisfaction with the paradigms we use to talk about space and time. She cites Isaac Julien’s 2005 film, Fantome Afrique, as an early influence in her research into artists attempting to forge new forms of discourse around the subject. Fantome Afrique (which is included in the Blaffer’s exhibition) portrays West Africa and its history as an endless present, following two protagonists as they traverse both local and global, past and present over the course of a short film.

“He (Julien) did a lot of things in that film that trouble our sense of time as something we take for granted,” Powell says, “As if to say that we may share the same place, but not the same time.”

Time/Image is Powell’s attempt to explore and catalogue new paradigms, new methods by which we can attempt an understanding of our shared, human experience of time. Her curatorial and philosophical assertion is that artists like Julien, those operating under the aegis of, or deeply engaged with, postcolonial, feminist, and queer theories, offer the most direct path towards that new conceptualization.

Despite the through-line, Powell is quick to assert the show is not about identity. “Certain artists feel the effects of time and bear the burden of time more than others,” she states, positioning them, therefore, as the natural leaders in “envisioning other worlds, other futures.”

More than an expression of divergent identity, revisionist approaches to history also assert new potentialities, skewering our notion of history, and therefore time; if the past is constantly changing, they ask, is it really past? And what implications does that line of thinking have for our ideas concerning the future? 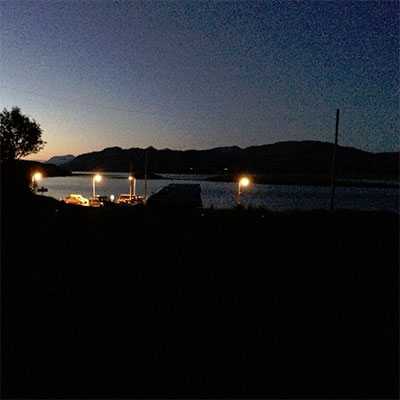 Indeed, many artists Powell has included in the show ground their work more obviously in a reconditioning of history, with time, of course, necessarily implicated in its exploration. Andrea Geyer, for example, utilizes film, photography and collage to draw attention to occasionally-forgotten or undervalued historical actors—women in early modern art history or the artists of Weimar Germany, for example—in order to challenge our notion of history, and therefore time, while denying the reductive tradition of historical documentation.

Allan de Souza is another artist who explores time’s action through history. In his film Ark of Martyrs he rewrites and retells Joseph Conrad’s Heart of Darkness, using syntax and rhyme nearly identical to that of the original to narrate a very different story, one in which de Souza, grounded in postcolonial theory, refuses us the ability to ignore the undeniable cultural context which has been layered on Conrad’s original text over the last century. De Souza latches on to language in his work as a way to trouble our sense of temporality and, seemingly, to question the notion that language’s meaning could ever be solely related to its users intention or serve, therefore, as a viable method of history-making.

When asked about history’s presence in the exhibition’s works, Powell explains that while “artists use of history is certainly important, in many of the works, there is also a more surface-level engagement with time as a medium.”

She cites Matthew Buckingham as an example. In Matthew Buckingham’s 1720, which juxtaposes a 16mm projection in large Caslon font of the numbers “1720” with the third movement of Bach’s Sonata in G Major for Flute and Continuo, which was composed in 1720, the artist invites previously unconsidered relationships. “There are historical contingencies at work in the piece,” Powell explains, “but there is also a temporal experience, the work is understood in its relationship to history, but also as it is installed in space.”

Simeon Allen utilizes film and VHS tape to create his “weaves,” wall pieces whose meaning is at once in his deconstruction of the mediums used in the act of capturing time as well as the empty void in which viewers find themselves looking; a critique of the object and the idea’s ability to accurately represent history, events or time.

Other artists such as Ruth Robbins seem more interested in slowing us down and asking us to reconsider how we interact with time on a daily basis. In her Lexicon of Dusk, Robbins used an iPhone to take a photograph of the sky at dusk each evening for six years, drawing attention to how we collect history while encouraging us to examine our relationship to the passage of time.

It’s clear the artists collected in Time/Image offer a wide range of approaches to illustrating time and how we experience it, from shaping it as a medium in itself to demonstrating its inextricable link with history, while exhorting each of us to consider new avenues, and thereby new potentialities, for its consideration. “There is an overwhelming sense and recognition among these artists that time and how we experience it has been culturally constructed,” Powell explains.

Time itself, it would seem, is open to revision.