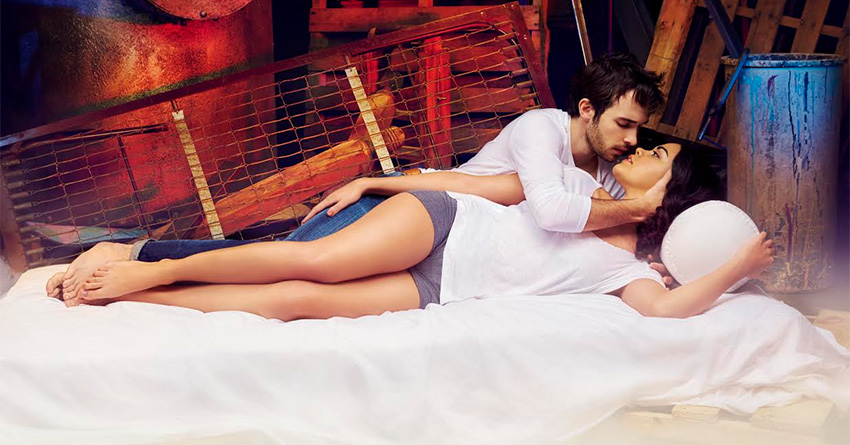 Joel Ferrell, Associate Artistic Director at Dallas Theater Center, is at the helm of a new, modernized production of the ultimate classic love story, William Shakespeare’s Romeo and Juliet. The show runs Feb. 5-28 at the Kalita Humphreys Theater. A+C Dallas contributor Scot Hart asked Ferrell to articulate his thoughts and ideas about the timeless story and his role as a director.

Why has Romeo and Juliet stood the test of time?

It’s because like most Shakespeare, the human experience is written beautifully. Romeo and Juliet in particular is about young people and what they’re up against to try and come into adulthood, to find who they are and what they are and what they want, separate from what their parents and the culture expects of them. He writes that struggle magnificently. You see both incredible loyalty to their respective families, but also their struggle to define themselves in their own way. That’s about as universal as the teenager experience gets.

Is the work, penned in the late 1500s, still relevant to today’s audiences?

It is because again these characters are written so beautifully in terms of their struggle to both stay loyal to family, culture, history, and their tribes but also to define themselves, for themselves, and be able to break away and be who they need to be – both as individuals and also as a couple. Second, it’s particularly relevant right now because of the violence in our culture. Not just random violence, but intercity violence with our youth based on race, class, and many, many different things is incredibly difficult. We keep thinking surely we can solve it, and we don’t, and that has a great deal to do with the sins of our fathers. We hand our young people a violent culture and then we are angry at them for adopting it, when in fact they don’t have any choice. That’s a great deal of what we’re exploring here.

Why not present the work in its traditional form?

These days, I’m not entirely sure what traditional form means. I have this conversation and ongoing discussion with people all the time. Of course with Shakespeare, his actors dressed in modern dress, had very little set, and they just came out and said the lines. It was very populist writing, meaning most of what he was writing was based on the norms and understanding of the time culturally and politically. I think that’s why it stands the test of time, but also I think concerning yourself with it being about the late 1500’s is a little baffling because I don’t think it was Shakespeare’s primary concern. He was writing about humans and I’m sure, like most writers, he wanted that to be universal. For me, the more audiences that can be connected to the play with urgency and a presence, the better. Shakespeare especially lends himself to that, because even though there’s a great historic reference it’s also almost always about humans just struggling against one another with a different set of desires and needs.

You are importing the main featured actors. Why not cast locally with our vast pool of talent?

Of the ten people in the cast, seven are local and three are not. I never really spend too much time fretting that. I definitely want there to be a strong amount of local talent in the show but I also want to continue adding to the local, regional, and national family of artists. We have people in the creative staff that are from Dallas and some that are from far away. In this case it just came down to putting together the right people, especially since we only have ten actors in the show, it meant everyone had to fit together and carry this large show. It makes the puzzle a little more unique. I really, very much, care about making sure that the local talent pool is held up, respected, presented in their best light, and that we are also always adding to the family.

As director, what touches to this new presentation are you most proud of?

This is a difficult one. I’m probably most proud of the cutting we did because we continue, collaboratively with a whole team of people, to try and shape this production for this time and place and in some degree, this moment in time. I like it, it feels as if it moves with grace and that’s always what I’m looking for. Once you have a context, I just want the production to move with an ease that tells the story extraordinarily well, but also lets the audience in as quickly as possible. This production sucks the audience in really, really, quickly.

What is your general belief about remounting classic plays in a modern approach? Many people would argue that you are tampering with the playwright’s intent.

I can’t dig the old guy up and ask him his intent, but I hope that William Shakespeare would be thrilled that people are still excited, devastated, intrigued, and baffled by his plays. He was a populist writer and he liked thrilling and moving his audience. He wanted the audience to have a great, great time at the theater. So I feel, in a weird way, that I’m not tampering at all. Really, I’m just trying to make happen what Shakespeare would most want to happen; which is to thrill, entertain, and deeply move an audience.

You have directed some of DTC bigger hits in the last few years, including The Rocky Horror Show and an exhilarating production of Cabaret. Going into a show, do you know a show is going to be popular with audiences? Does it matter if it’s a hit with audiences and local critics?

I never, ever know if a show is going to be popular with an audience. I assume with big familiar musicals, maybe. I always doubt that something is going to work for an audience and I always doubt that I have something interesting to give, but then I’m always pleasantly shocked and surprised if there’s a response. More and more, I think it’s the responsibility of writers to balance. You have to get the story to the audience and have it be a collaboration with them to keep the audience involved. You want to get genuine response out of them; vocal, physical, emotional response. If you can do that then you shouldn’t worry about whether everyone likes it or if the critics like it. As much as possible, your barometer should be about whether audiences are talking, chattering, arguing, discussing, and laughing as they walk out of a theater. Critics are a fascinating forum and I’m glad they’re there, but I think that they bring whatever energy and attitude they have at the moment into their very skilled, but certainly very subjective, approach to how they write. So I consider that just a part of the conversation that should be happening, not the sort of “Nay” or “Yea” whether the show was successful or not.