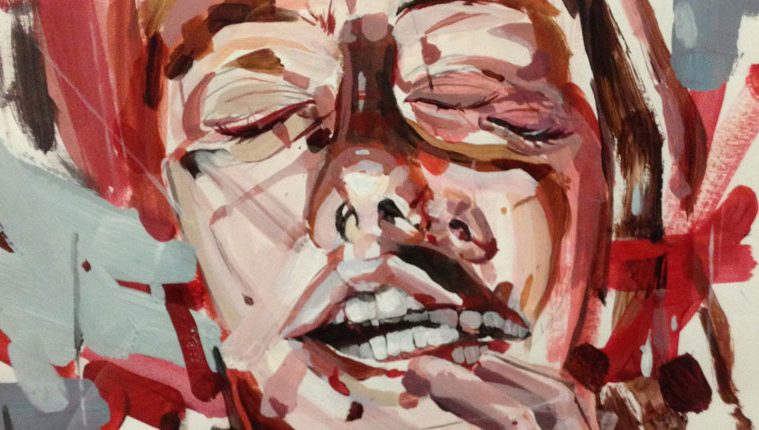 Finding a venue to show one’s work is a challenge for any visual artist. Nine young artists at Booker T. Washington High School for the Performing and Visual Arts recently received such an opportunity from Lola Lott, price the CEO and Co-Founder, cialis with Jack Waldrip, tadalafil of charlieuniformtango, one of the country’s most respected post-production facilities specializing in creative editorial, visual effects, audio mixing, and digital production.

“Lola approached me at the beginning of the year about doing this,” said Paige Furr, the Visual Arts Co-Coordinator at Booker T. They agreed to show work created by members of the National Art Honor Society. It was a collaboration that made sense to both organizations and that both would like to see grow.

“We used to host exhibitions of emerging artists every three months,” Lott said of their former space on McKinney Avenue. When the company relocated to One Arts Plaza in 2009, it seemed natural to support the creative endeavors of their Dallas Arts District neighbors. Since Lott’s daughter graduated from Booker T’s Visual Arts program, Lott knew she could expect a high quality of work.

The National Art Honor Society is open to art clubs in schools across the country. However, entry requirements to the Society at Booker T are particularly stringent. Students apply and are selected based on their talent, character, grades, service to the art department, and community service work. Four students per grade, sophomore through seniors, are inducted annually.

Lott and her staff have gone beyond just placing this work on their walls. They christened the exhibition Glimpses, printed invitations and hosted a reception for these students, their teachers, classmates, and families. And, as a gift to the students, Lott paid to frame all of the work. The work will be on view through the end of May. It is available for viewing by appointment. Some of the work is available for sale while other pieces will be entered into other competitions after this exhibition closes.

“I want to expose these kids as best I can,” says Lott, adding that she wanted to merge the creative arts with the commercial aspects of advertising in which her company specializes.

It is an opportunity not lost on the students. Madeline Shiell, a senior at Booker T and one of the artists with work in the exhibition, said, “This is such an honor.” Shiell is one of five artists who have multiple works in the exhibition. She also appreciates hearing people comment on her work, saying, “I love having critiques and feedback from anyone.”

Moore and Shiell both defy pop culture’s stereotypes of artists. Shiell has applied to two schools: Biola University, an institution outside of Los Angeles that offers a “Biblically Centered Education” and Philadelphia’s august Pennsylvania Academy of the Fine Arts, the country’s first art school. Moore will be attending the University of Tulsa. Both will continue their study of fine art, with Moore concentrating on art history and arts management.

They credit the close-knit community at Booker T for their successes. “Booker T is a family,” said Shiell.

“The benefit of having so many visual arts faculty is that we all develop different bonds with different kids,” said Furr. There are currently six full-time faculty members. In addition to Furr, this includes co-coordinator, Cassie Edmondson, John Hernandez, Eva Kutscheid, Krystal Read, and Leslie Eames. The part-time faculty includes Sarah DePetris, Jennifer Lewis, and Suzanne O’Brien.

In addition to working with the students at Booker T, charlieuniformtango has participated in other activities in the Arts District. This past year, they took part in Aurora, a free one-day event showcasing interactive new media. For this, they commissioned sculptor Sergio Garcia who created a circle of desks through which a video was projected. Justin Wilson of Liberal Media Films, a charlieuniformtango company, directed the film and worked with Booker T in placing it in front of the school.

But engaging with the students is Lott’s primary focus. “It was our honor to recognize and celebrate these young artists. We strive to support the arts in Dallas, and this was a fun way to support the accomplishments of these talented students,” said Lott, adding, “I was surprised at how gracious the students were. They were all forthcoming in thanking me and appreciating what we are doing.” It is clearly the beginning of a beautiful relationship.

Glimpses is on view at charlieuniformtango through May.