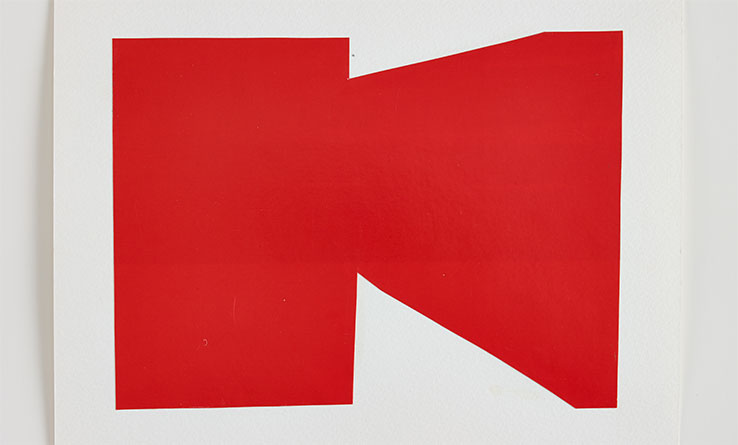 Weaving Narratives of Music and Art: Jennie C. Jones at the CAMH 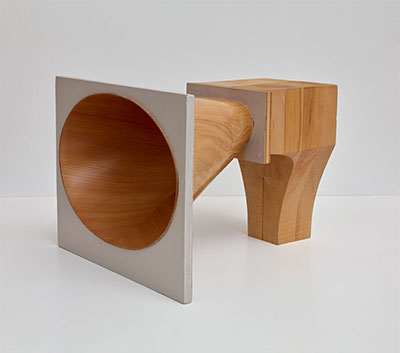 Music, much like visual art, has long been a tool used to comment and reflect on sociopolitical and socioeconomic issues. There are parallels to be drawn between the functions and growth of these two art forms. Jennie C. Jones has spent much of her artistic career in the midst of an aesthetic exploration of how these forms have traveled similar paths, intersected and collided. On view at the Contemporary Arts Museum, Houston through March 27, Jennie C. Jones: Compilation presents a mid-career survey of Jones’s practice, covering a period of 11 years and several media.

Upon entering the exhibition, visitors are immediately greeted by a buzzing sound emanating from speakers hung in the rafters of the museum’s main gallery. This white noise, noticeable yet unabrasive as it wavers and skips, washes over the visitor and work alike, at times commingling with and disrupting Jones’s works in sound. The droning sets the tone of the visit and frames the exhibition as one collective body of work, meant to be viewed as a whole instead of individually. 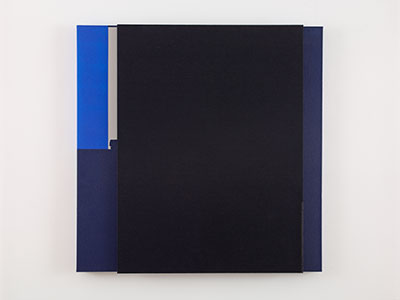 The work on display shows the progression of Jones’s research into the connections between art and music, as well as how this narrative has developed within her own practice, whether organic or constructed. Within this development, Jones moves from overly literal references to the more conceptual and abstract works in sound, sculpture and paint. The early drawings, all modestly sized and arranged in sets, display direct references to musical equipment. Speakers dangling by their wires are featured alone and in groups or are complemented by black rectangles offset by touches of light blue.

The literal references, instead of detracting from the overall body of work, grow into the conceptual almost fluidly as they move into more abstract works. As the work advances, the drawings begin to broaden in their representation of music, opening up to sound waves or demarcation of notes on sheet music. In certain sets, such as Score for Sustained Blackness Set 2, the artist moves between bold black sweeps and lighter tones, guiding her nonexistent band through attempts to make a stand, fade into the background, crescendo whenever possible, and remain mindful of the past, only to fade out. 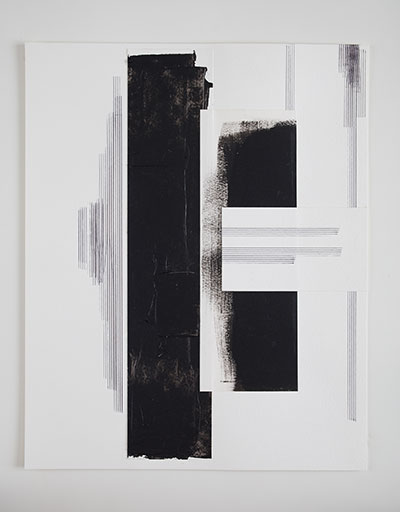 Together, the drawings provide a base from which the audience can ease into the paintings, presented as several suites of Acoustic Paintings. Jones cuts acoustic absorber panel into geometric shapes, mostly rectangles and triangles, and affixes them on top of canvas, creating sculptural paintings that further her conceptual expression of notation and sheet music.

In Sustained Black with Broken Time and Undertone, acoustic absorber panel sits on the canvas hugged by two strips of black – one thin, one wide. It is not flush with the wall. Instead, it uses the wall to mute the sound, like a horn player covering the bell with a plunger. From the exposed edge, two black rectangles emerge, slightly separated – a single beat skipped.

A small room tucked around a corner houses a selection of Jones’s sound work. These works vary widely in their subject matter yet all connect back to Jones’ obsession with music. Run on a 30-minute loop, they stutter out of speakers and resonate in the tiny black room. In What a Little Moonlight, a woman sings a single note. Jones loops this back, and the repetition becomes a pulse, filling the room with the heartbeat of the exhibition.

With all the mention of sound, one might expect the show to be louder, but Jones speaks in minimalism and moves in abstraction. Through this combination, she quietly and subtly weaves together and celebrates the narratives of art and music.