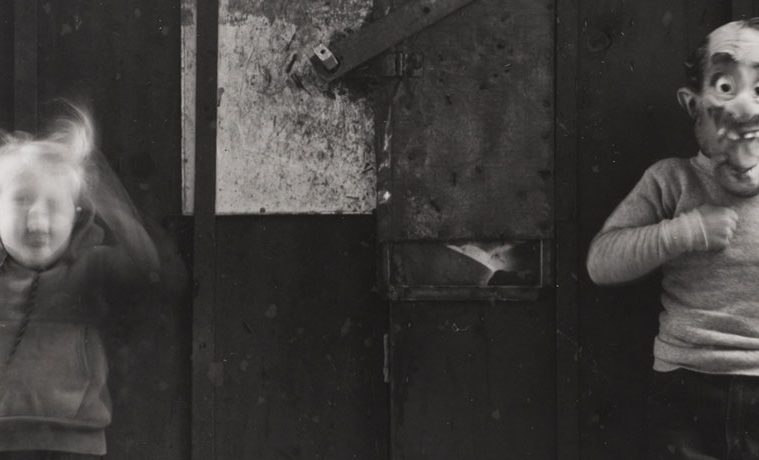 ‘Wildly Strange’ at The Blanton Museum 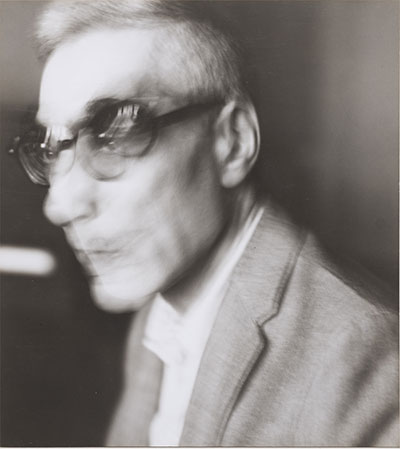 The photographs and the not-so-disturbed mind of Ralph Eugene Meatyard.

The 1960’s photographer Ralph Eugene Meatyard is well known for his paradigm shifting photography practice, his work having been integral in opening up the medium from its roots as a tool reserved for journalistic, documentarian and realist endeavors, and ushering in the photography of today which openly incorporates abstraction, fiction, fantasy and performance. What Meatyard is less known for, and what Wildly Strange at the Blanton Museum (on view through June 21) exposes, is the importance his rich social life played in his practice, and reciprocally, the importance his practice had on the work of others, in what the exhibition calls “The Lexington Orbit.”

Guest Curated by Jessica S. McDonald (Nancy Inman and Marlene Nathan Meyerson Curator of Photography at the Ransom Center), the small exhibition occupies two modest cells in the hive of The Blanton’s second floor. The photos in the first are typical of Meatyard’s dark and phantasmagoric approach: children and associates, sometimes wearing masks, staged in ghostly woods or abandoned buildings posed with bizarre, brazen for the time, props like a plucked (rubber?) chicken or a discarded and weather worn doll. The second room is dedicated to Meatyard’s social circle in Lexington, Kentucky, complete with several portraits of his peers, short run publications crafted by them, and quotes from some of his associates concerning their pal and his craft.

Though acknowledged by his circle as exceptional and ahead of his time, Meatyard faced skepticism from others for his approach, given the stark contrast between his style and the photographic mode of the day. That distinction is still felt now, although to a lesser degree. The first reaction of a viewer unfamiliar with the artist’s work is likely recognition of the overtly dramatic, and quite literally dark imagery. However, what this exhibition manages to do, either by coincidence or design, is demonstrate that a viewer’s first reaction to the photographs is to digest them in relation to other photography, and through this, the exhibition exposes some of the unnoticed standards of photography and its consumption that still exist today. In this way, the museum invokes the feeling first acknowledged in a testimonial on the artist’s first monograph by Meatyard’s friend, essayist and environmentalist Wendell Berry: “Looking at his pictures, I am aware that my basic assumptions about reality are being tampered with. I am being nudged, forcibly and a bit gleefully, by the possibility that what we have taken to be reality is a mere social convention, going out of date. I turn from the photographs to my surroundings, feeling that what I see is not all that is there.” 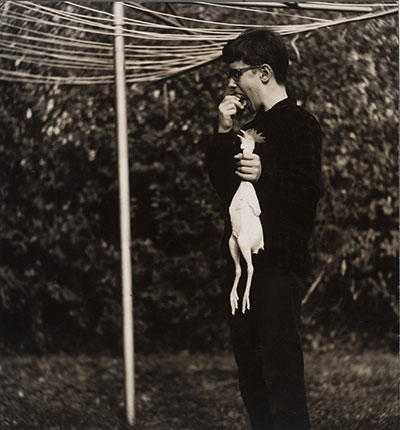 There are moments in the exhibition where perfect vistas are created and the viewer can see through one of many doorways into a neighboring corridor of classical oils, perhaps pushing the viewer to associate Meatyard’s works with the paintings of past centuries, rather than the photography of the current day. Looking through the north doorway of the second room of Meatyard photography, the viewer is met with the Caravaggisto Claude Vignon’s David with the Head of Goliath, a painting directly mimicking elements of Caravaggio’s own paintings of the same subject and borrowing anatomy from several of his youthful portraits. From this view, the painting is flanked by Meatyard’s prints and suddenly these no longer seem so dark and menacing. The classical oil, which is accepted without hesitation as visually balanced and conceptually benign, even conservative, is by comparison to Meatyard’s “dark” and “sinister” prints incredibly violent, emotionally charged, and visually cavernesque in its black shadows. In turn Meatyard’s works feel less horror stricken, less suspenseful and more performative, playful, even jocular, something reinforced by the context of Meatyard’s pseudo-bohemian social circle.

Looking through the western passage, the viewer finds Daniele Crespi’s 17th century oil The Conversion of Saint Paul, buttressed to the right by a work from Meatyard’s final series, The Family Album of Lucybell Crater, in which Meatyard’s wife and another pose in grotesque masks. There’s something shared between the contorted horse’s face, as well as the strained features of the minor characters in Crespi’s Conversion, and the exaggerated features of the masks implemented in Meatyard’s work. In Crespi’s work the extreme features are used in such a reverent way, from a place of solemn conviction that, by comparison, Meatyard seems less the director of a low budget thriller and more like a prankster having laughs with his chums.

By couching Meatyard in this way (as an important friend in a circle of poets, authors, and artists, and through a comparison to non-photographic, accepted classical works), curator Jessica McDonald dampens what might first be interpreted as an overly angsty body of work, and through this allows the viewer to see the artist and deep thinker behind the photographs. The exhibition adjusts the tension that the work is prone to create and thus gives the viewer the space to explore Ralph Eugene Meatyard the man.

Through the anecdotes of “The Lexington Orbit” of Meatyard and his associates moving from one friends house to the next, eating, drinking, discussing philosophy, viewing each other’s artwork, reading poetry, and listening to records, the artist becomes tangible and his work becomes not the product of a disturbed mind, not even the product of a joker, but instead the output of a conclave of gifted thoughtful individuals working and thinking in tandem. Viewers might leave The Blanton wanting to gather their own creative circle about them and sink into the exchange; sometimes meaningful, sometimes pure nonsense, but always holding the thin possibility of shifting a paradigm.