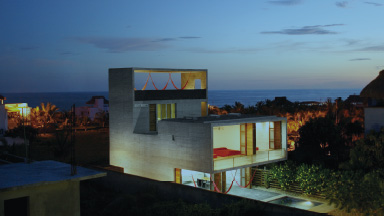 The Latino Cultural Center presents the exhibition “Young Architects of Spain: A Window to the Unknown, no rx ” on view from November 10, mind 2011 through January 7, help 2012. The exhibition is free and open to the public. A lecture and panel discussion featuring curators Jesus Donaire and Jesús Aparicio and four of the young architects featured in the will be presented on Thursday, November 10 in collaboration with the Dallas Architecture Forum and the Dallas Center for Architecture.

“Young Architects of Spain: A Window to the Unknown” features a generation of inspirational architects under 40 who show their talent through original and often inspirational projects. The exhibition contains 62 projects covering over 100 up-and-coming architects and teams of architects. The creators have three common characteristics: their youth, their interest for investigation and teaching, and an international focus of their career paths. “Dallas and Spain have a long history of cultural connections and it is particularly appropriate to focus on architecture as we near the completion of Santiago Calatrava’s newest wonder, the Margaret Hunt Hill Bridge,” remarks Janet Kafka, Honorary Consul of Spain in Dallas. “The exhibition Young Architects of Spain is a striking collection of innovative architecture by a new generation of Spanish architects that is practicing architecture in an increasingly global context.”

Spanish architecture became a global point of reference over the last quarter of the 20th Century. After years of the influence of established architects like Santiago Calatrava, Rafael Moneo, Campo Baeza and Navarro Baldeweg, Spain is producing a large number of young and brilliant creators from the next generation. The main objective of the exhibition is to publicly recognize these architectural talents and to have them serve as an example for their generation. “Young Architects of Spain: A Window to the Unknown” began with a public and open announcement to young Spanish architects within and outside of Spain’s borders.

More than 60 projects were selected from over more than 700 designs presented. The YAS selection was made separately by each one of the members of an international jury made up by prestigious architects and architecture critics like Kenneth Frampton, Juhani Pallasma, Alberto Campo Baeza and Manuel Blanco Lage. The exhibition curator, Jesús Aparicio Guisado, wanted the candidates to be chosen by a jury, by maintaining himself just as an observer. The curatorial panel had to look for two common underlying features in each of these projects: the constructive rigor of its building designs and its practical concern for the surrounding environment (natural or cultural). A sustainable architecture for a sustainable world is the overriding focus. After these young architects left their mark on these projects, residents have said that ultimately these places are among the best to live. “Ours is a city that appreciates great design and architecture and it truly is a treat to be able to present this exhibition to the Dallas community,” notes María Muñoz-Blanco, Dallas’ Director of Cultural Affairs. “Seeing the innovative and creative work that is emerging from a new generation of Spanish architects will inspire us to continue to raise the bar in our community for urban design and sustainable architecture.”