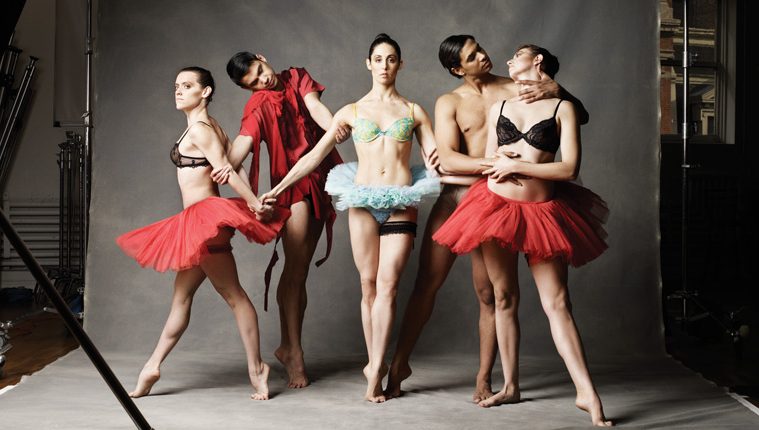 It’s a season of change at the American Dance Festival (ADF), America’s oldest modern dance festival, its first year with Jodee Nimerichter at the ADF to helm. The festival kicked off with Fräulein Maria by Doug Elkins and Friends, a piece that is becoming as popular as The Sound of Music.

The line up is a terrific mix of seminal artists such as Paul Taylor Dance Company and Mark Morris Dance Group, along with more eclectic offerings such as Monica Bill Barnes & Company and Brian Brooks Moving Company. There’s also a rare chance to see Steven Petronio’s Underland, which graces the Society for the Performing Arts stage on January 11, 2013.

ADF is a place for college students to hone their skills, get noticed by up and coming choreographers, and become exposed to the best in their field. I had the great privilege of attending ADF as a student in the 1970s, returning as an NEA Fellow through the Institute for Dance Criticism, and just recently, working on the Inside Insights videos with Nimerichter and Steve Milligan.

Although I traveled there in my twenties, it was a few years back when I decided to take my great dance-geek vacation in the Berkshires, watching a string of fantastic performances, holing-up in the  Pillow archives with 5,000 titles to keep me busy, and just living and breathing dance. I will never forget bombing down Route 20 and seeing those gorgeous posters of Ted Shawn lining the highway. Much to the dismay of the dear folks behind me, I just had to slow down and revel in the moment.

I have since returned as a scholar-in-residence for two weeks every summer. This year, I will be talking about a favorite Houston son, Trey McIntyre, and rising choreographer Liz Gerring. Jonah Bokaer returns to the Pillow on August 1-5. This time, he is paired with David Hallberg, a principal dancer with the American Ballet Theatre and the Bolshoi Ballet. Visual artist Daniel Arsham unveils three new installations, designed site-specifically for the Doris Duke Theatre. Bokaer recently performed his stunning On Vanishing at Asia Society Texas Center in partnership with University of Houston Cynthia Woods Mitchell Center of the Arts.

The Joffrey Ballet premieres a new work by Houston Ballet artistic director Stanton Welch, his first for the company on August 22-26.  The Houston Metropolitan Dance Company appears on the Pillow’s famous Inside/Out stage, August 25, performing Larry Keigwin’s “Air” section of The Elements, Stand Back by Kate Skarpetowska and Rebound by Kiki Lucas.

Bates Dance Festival turns 30 this year.  Known for its intimate setting on the graceful grounds of Bates College, the festival has a stellar season this summer, with several names Houston dance lovers will recognize, along with artists who are up and coming.

The  line-up includes the return of Rennie Harris’s Puremovement, who are celebrating their 20th anniversary, Keigwin’s Starstruck and Kyle Abraham/Abraham.in.Motion’s Live The Realest MC will premiere at the festival. Abraham is quickly moving into the position of choreographer to watch.

Bates is also known for creating an environment for multi-generational learning. It’s not unusual to see teachers, choreographers, and young students all engaged in a dance life.

I have never been to the Bates, but Jane Weiner, profiled in the July/August issue, cut her dance teeth there, spending over a decade soaking in the Bates vibe and running an outreach program. Weiner gets a little misty-eyed when you mention Bates. It’s that close to her heart. Her ground breaking program for children, Kids Play, is deeply informed by her time at Bates.