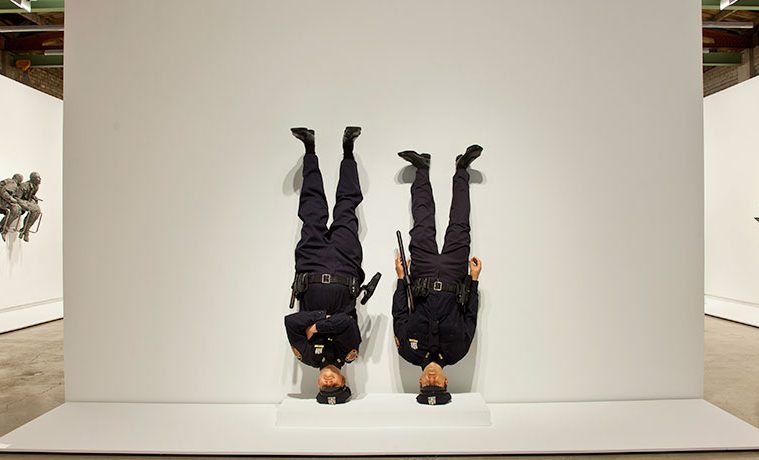 A Secret Affair: Selections from the Fuhrman Family Collection 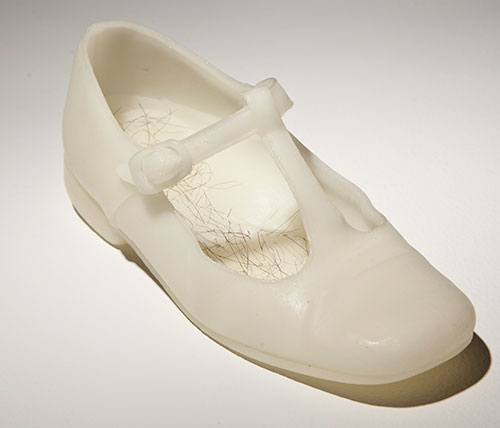 Executive Director Louis Grachos flexes his vision for The Contemporary Austin with the high-profile sculpture exhibition A Secret Affair: Selections from the Furhman Family Collection. This group show consists of contemporary figurative sculpture one would expect to find in New York or London. There are very few contemporary sculptors who could be called  household names, but this is about as close as it gets: Mathew Barney, Louise Bourgeois, Maurizio Cattelan, Subodh Gupta, Anish Kapoor, Jim Lambie (whose piece is the show’s only work at Laguna Gloria), Ron Mueck, Kiki Smith, among others with similar gravitas.

The idea that the human form’s relevance within contemporary art is on the rise is pure speculation, but the subject has always been popular with the general public. The figure is intrinsically relatable and has such a natural hold on viewers that it serves as an ideal entry point into contemporary art for the uninitiated. As such, it’s a fitting solution to what Grachos recently called The Contemporary’s “challenge to find comfort in the gray zone for the audience … to find ways to slow down the visitor and let an artwork communicate on a very personal level.”

Here he manages to do so without dumbing things down or taking on a purely populist tone. Take Robert Gober’s untitled fleshy wax sculpture of a girl’s shoe with coarse human hair that seems to be growing out of the inner sole. Gober uses the hyper-realist methods of Ron Mueck, but for very different aims invoking challenging emotions championed by disgust that give way to thoughts on gender, personal fragility, and empathy. The viewer can’t help but think what it’s like to wear that shoe, and it’s not altogether a comfortable experience.

The Contemporary wants to engage with the non-arts-educated general public, but refreshingly gives the general public credit for not being stupid.  First Light (Beginning of the End) by Jim Hodges exemplifies this. Two dark, large, mirrored mosaics face each other in the back of the space. It seems an odd choice for a figurative exhibition until the viewers catch their own images reflected back in a pixel-like grid. The viewer becomes the subject, causing a shift in awareness that serves as a filter to rediscover each of the sculptures already viewed —a phenomenon The Contemporary doesn’t consider too highbrow for the average Joe.

A Secret Affair reflects the new director’s approach: to gear exhibitions to entice, and then to educate a broader general viewership while working closely with the art collecting elite. The only demographic ostensibly left out of that equation is the recently established local artists and galleries who risk being sidelined by the heightened level of celebrity. However, The Contemporary has navigated that particular pitfall well by delivering on their promises to engage with local collectives and the grassroots scene. Take the mostly-under-30 arts collective Inktank, who were recently asked by The Contemporary to craft a series of interventions and pseudo-fictional protests responding to the space’s rooftop screening of the art-house film The Institute.

Grachos argues that the work of world-renowned artists is fitting for Austin’s increased presence on the international stage. Few would disagree—as long as this impetus doesn’t subdue the ability to take curatorial risks, or hamper continued meaningful engagement with the local scene. If the museum’s recent actions are any indication, The Contemporary’s future looks exciting, and like a meaningful step forward for Austin.

A Secret Affair: Selections from the Fuhrman Family Collection
The Contemporary Austin—Jones Center