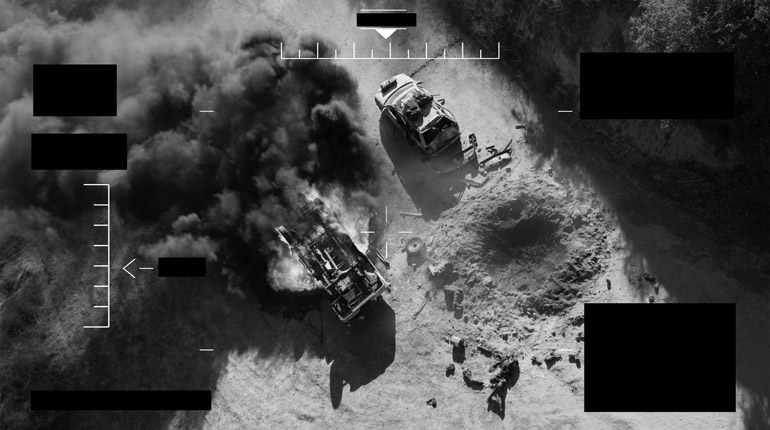 The visual subject – she who sees – is always evolving. One does not look at the Mona Lisa today the same way the King at Fontainebleau did in the early 1500s, much less the way a clutch of tourists did in the 1980s. Our seeing, like our smelling, hearing, touching, and tasting, unfolds within the movement and adjustments of time. Evolutionary biologist Richard Dawkins coined the term “meme” in 1976 to describe a related sense of cultural mutation. A meme is a repeated symbol or an act that, like biological evolution, spreads across the human species in a dynamic of mimicry and shift, copying. then tweaking, to make one’s own. Memes are dressed symbolically but borne on the radio waves of technology. Santa Claus, the Easter Bunny and, of course, the Mona Lisa are immediately recognizable memes, the mass knowledge of which is dependent upon marketing through advertising, the radio, TV, and Internet. Memes are thus equal parts biocultural and technological.

Our senses are meme recognizers and carriers that, according to the mass media maven Marshall McLuhan, alter with each mode of technological transfer. The medium is the message, as the old adage goes. Though writing the same message, it will be different with a pencil than it is with a keyboard. In a feedback loop between human, technological tool, and information, our senses are ever so slightly changed as well. The visual experience of a battle scene in an 18th-century painting, for example, is different from that of the film Saving Private Ryan which is different from that of the first-person shooter in the video game Call of Duty: Black Ops. Each mode of artistic inscription – painting, film, video game – uniquely mediates between the viewer, action, and event, and from each we emerge as a different visual subject.

Berlin-based video artist Omer Fast is interested in this passage of mediation, vision as a mutative product of technology, and its effects on individual psychology and American military policy. With the video 5000 Feet is the Best, currently on view at the Dallas Museum of Art, Fast focuses on the question of the power of vision, in particular, the aerial view. The video is based on Fast’s discussion in a Las Vegas hotel with a pilot who flies unmanned aerial vehicles (UAVs) for the American military. Fast splices together real footage of the interview (the soldier’s face is blurred) with multiple scenes using actors, including a vignette with a suspicious group of hunters and a family blown up as collateral damage from an aerial bomb dropped in the heartland of America, and repeated scenes with a febrile actor playing the part of the drone operator being interviewed by an impassive documentarian in a hotel room. In the crafting of the video, Fast queues a variety of genres – documentary, video art, and Hollywood – bringing to mind the work of Errol Morris, Matthew Barney, Hubbard/Birchler, and Wim Wenders. The video seamlessly and suggestively moves between low-tech video, documentary, and auteur cinema.

Relayed through the video’s disjunction and non-linearity, the key message is precisely what the title expresses: 5000 feet is the best. But for what? Surveillance. Control. Accuracy. Power. Death en masse. UAVs have catalyzed an entirely new kind of aerial war fought from afar, with pilots trained by video games available online at private contract military websites and for purchase at Amazon.com, who then guide vehicles from American airbases as they fly remotely over Pakistan and Afghanistan. There is no consistent statistical data on rates of success and failure, however, any collateral death on the ground in foreign countries resulting from misinformation is especially roguish given the uneven playing ground, ie, that bombs are dropped by robots and not people. It makes war seem very casual. Yet, collateral damage goes both ways, as Fast’s video shows, since drone operators experience post-traumatic stress syndrome (PTSD) from the surreal circumstances of dropping payload in Afghanistan from Virginia. Bombs at noon; Arby’s for dinner.

It is a gnomic bit of information – 5000 feet is the best – assumedly expressed by the drone operator with a matter-of-fact nonchalance, despite, if not because of, his PTSD. Fast homes in on the collision of energies at work in technological mediation – the filtration of events, images, and information by way of technology. On the one hand, it is blunt functional information: 5000 feet is the best height from which to drop a bomb. On the other hand, the easy experience of gaining this knowledge, operating a Drone Predator from far away, lodges itself in the subcutaneous memories of the pilot, causing him psychological stress. This is how technological mediation works. It makes information so easy to access that one becomes inured to its contents, until the subconscious lets loose the furies of the Real.

Like technological mediation within art, to which I return below, the will to experience aerial views has been with us for some time. While the French photographer Nadar experimented with shooting from the basket of airborne balloons in the mid-nineteenth century, it would not be until the end of WW I that the aerial view was used for stealth missions – surveillance and capturing information from very lightweight planes flown out-of-view, high above the ground, and other low flying planes. Emerging from radar development at the end of WW II, satellites, the space race, and the first whole earth photographs in the late 1960s and early 1970s, gave us awe while also generating indifference. While wanting more, we at the same time, take for granted the miracles and perverse powers of aerial vision – whether the famous Blue Marble photograph of planet earth taken by the crew of Apollo 17 in 1972 or the UAV video games available for purchase on the internet today.

The mediated view from above is especially powerful in its sheer technological presence, but also in its value to American military dominance in the world. While it is the subject of Fast’s rather brilliant video, it is nothing new. Technological mediation of some kind has been present in art since Dada clanged its ruthless poetic cowbell in Zurich, 1914. After WW II, with the advent of an expanding mass media, TV for all, powerful radars, satellites, and Technicolor imagery, the direct artistic hand increasingly gave way to the indirectness of the mediated subject: the performance, act, sign, joke, and innuendo. A staple within Conceptual Art and Postmodernism, the buffering and indirectness of mediation is something Andy Warhol understood well, with his silkscreen paintings of Marilyn, Jackie, and electric chairs functioning as markers of our own visual predilection to steal a gaze with impunity, to rubberneck from the comfort of our car or picture window. Fast said as much in his recent lecture at the DMA, “Mediation makes us actually farther away while seeming closer.” It is not so much as Plato would have thought that technology abets our senses in their false bearing on our reality and understanding of it; but rather, that technology extends our senses out into the world in a virtual way that protects, even titillates, us while spreading lethal charge.

The Dallas Museum of Art presents Omer Fast: 5000 Feet Is the Best, on view through September 30. The 30-minute film was originally shown at the 2011 Venice Biennale, and this is the first time the work is on view at the DMA since entering the collection in 2011.